Chequers | In March 2020 Boris Johnson pre-recorded a broadcast in which he told the country to stay at home. Tortoise believes he then ignored his own advice by moving back and forth between London and Chequers 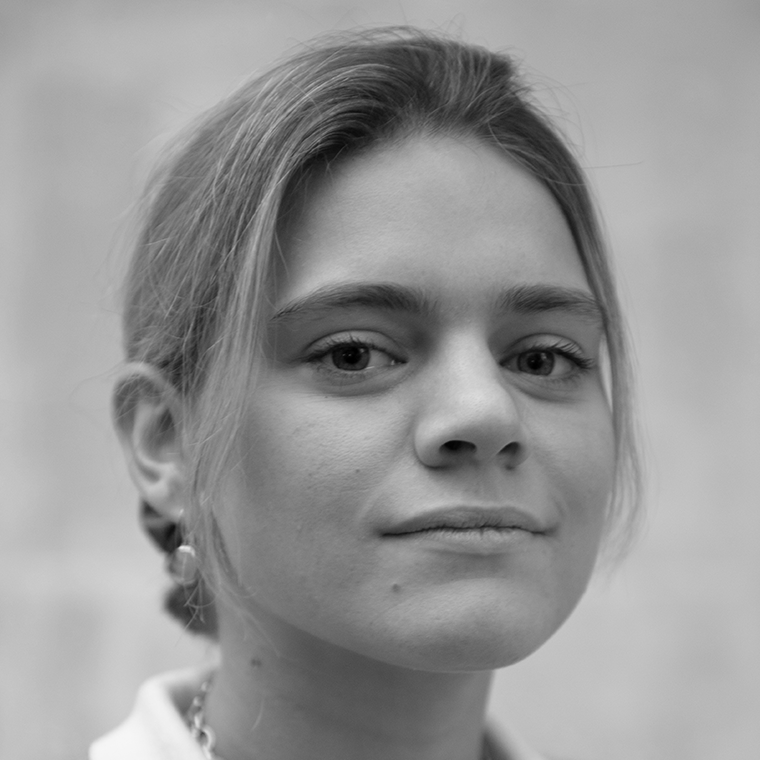 Downing Street has admitted that Boris Johnson commuted between London and Chequers after he told the country to end non-essential travel on 16 March 2020.

For more than a year, we have been asking Number Ten to respond to information we have been given that Mr Johnson and Carrie Symonds, now Mrs Johnson, was at Chequers in the ten days after Mr Johnson had asked people to stop non-essential travel.

Downing Street previously denied it and, more recently, refused to answer questions we put to them directly. Following publication of today’s Tortoise Sensemaker, which set out the questions and the evasive answers we’d had from then until now, they issued this statement:

“At that time, Mrs Johnson was heavily pregnant and had been placed in a vulnerable category and advised to minimise social contact.”

“In line with clinical guidance and to minimise the risk to her they were based at Chequers during this period, with the Prime Minister commuting to Downing Street to work.”

What we’d been told:

What Boris Johnson said at the time:

After we published today’s Sensemaker, Downing Street got in touch to offer greater clarity, confirming that Mrs Johnson had been at Chequers and that Mr Johnson had commuted back and forth.

The public may have some sympathy for Mrs Johnson, who was pregnant with her first child at the time. But there was a pattern to Downing Street’s handling of this: evasiveness about the Johnsons’ movements, without a persuasive security argument for keeping them secret; and an attempt to reframe the accusation against the Johnsons as breaking the law, rather than ‘do as I say, not what I do’ hypocrisy.

It chimes with today’s reporting of Downing Street’s apparent tactic to raise the bar for the Gray inquiry to the level of criminality. This is a higher bar than was set for other high profile resignations, such as Professor Neil Ferguson and Matthew Hancock.

Sue Gray is already busy and being second-guessed. As the senior civil servant tasked with investigating parties in Downing Street during lockdown she has another two to consider, reported overnight in the Telegraph, while the Times has been briefed that she will eventually clear Boris Johnson of outright criminality.

MPs hope Gray will address a larger question: to what extent was the Prime Minister issuing one set of guidance for the public while observing another for himself, his staff, and his family? As part of this she should add to her in-tray the use of Chequers.

500 million – potentially wasted Covid-19 doses in the G7 and EU by March, according to analysis published yesterday by Airfinity

Kazakh crypto
Russian troops are leaving Kazakhstan after a fortnight of unrest, but aftershocks linger in the bitcoin business. When China banned crypto-mining overnight last June, Kazakhstan’s low temperatures, cheap electricity and empty warehouses seemed a perfect alternative. It quickly became the second-largest hub globally for Bitcoin mining. Then the protests led to an internet shutdown, halting all mining. The global hashrate – the rate per second Bitcoin calculations are made – dropped 12 per cent and it’s estimated the outage cost Kazakh miners around $20 million, or $4.8 million for every 24 hours with no internet. The miners had already been struggling with government-mandated power rationing and are probably stuck for now as other hubs in the US and Russia have little capacity for new business. That said, the squeeze had little impact on Bitcoin as a whole. The system is designed to handle dropouts, but Kazakhstan is unlikely to keep it’s crypto-crown.

Oath Keepers
The US charged the leader of a far-right militia group with seditious conspiracy in connection with last year’s attack on the Capitol. Stewart Rhodes, who leads the Oath Keepers, a loose association of people who believe the US government has been corrupted by elites, is a 56-year-old former paratrooper and Yale-educated lawyer. He stands accused of conspiring with others to “oppose by force the execution of the laws governing the transfer of presidential power”. Sedition charges are extremely rare in modern American history. Rhodes’s case was the first time that the crime was applied over the deadly riot. A true “America First” moment.

Nigerian Twitter
Nigeria’s government lifted a ban on Twitter after the company agreed with authorities to open a local office, appoint a country head, and pay domestic taxes. The government said it had banned Twitter because of the “persistent use of the platform for activities that are capable of undermining Nigeria’s corporate existence”. In reality the ban was in response to Twitter’s decision to remove a post by President Muhammadu Buhari, a former military dictator, that threatened a violent crackdown on secessionists in the country’s south-east. The company’s then chief executive, Jack Dorsey, had also tweeted his support for anti-police brutality protests. Western diplomats called the ban a threat to freedom of expression, but Nigerians, including members of the government, were getting round it anyway by using virtual private networks, or VPNs.

Shrinking Britain
By 2025 more people could be dying in the UK than being born, according to the Office for National Statistics. The headline population figure will still grow thanks to net migration of 2.2 million, but by 2058 migration won’t be enough to stop an overall decline. The trend is a double-edged sword. The older the population, the more people of working-age will have to pay for care and pensions. At the same time, a likely increase in the tax burden along with ever-more expensive childcare will mean fewer young people having children. The UK isn’t alone with this conundrum. China is working to reverse the impact of its one-child policy with government incentives to increase fertility rates. But pro-natalism can lead into difficult territory. Efforts in Hungary and Poland to increase the number of babies have led to policies that roll back reproductive rights.

Oily Alberta
Oil production in Alberta, home to roughly 170 billion barrels of thick, tar-like bitumen, is set to continue for another two decades despite being the very opposite of what the planet needs. Alternative energy sources, though growing fast, are nowhere near meeting present demand, and extraction from the Canadian province’s oil sands remains profitable. Canadian Natural Resources Ltd, an Exxon affiliate, extracted more crude from those fields in last year’s third quarter than in the same period a year earlier. Prime Minister Justin Trudeau has at least said revenues from the country’s oil industry will fund its green energy transition.

Thanks for reading. Do share this around, and let us know what we’ve missed.

With additional reporting by Paul Caruana Galizia and Phoebe Davis.

Edited and produced by Phoebe Davis

in the tortoise app today

When Dominic Cummings was driven out of Number 10 at the end of 2020, many thought the days of the “Westminster protagonist” were over. Then came partygate. 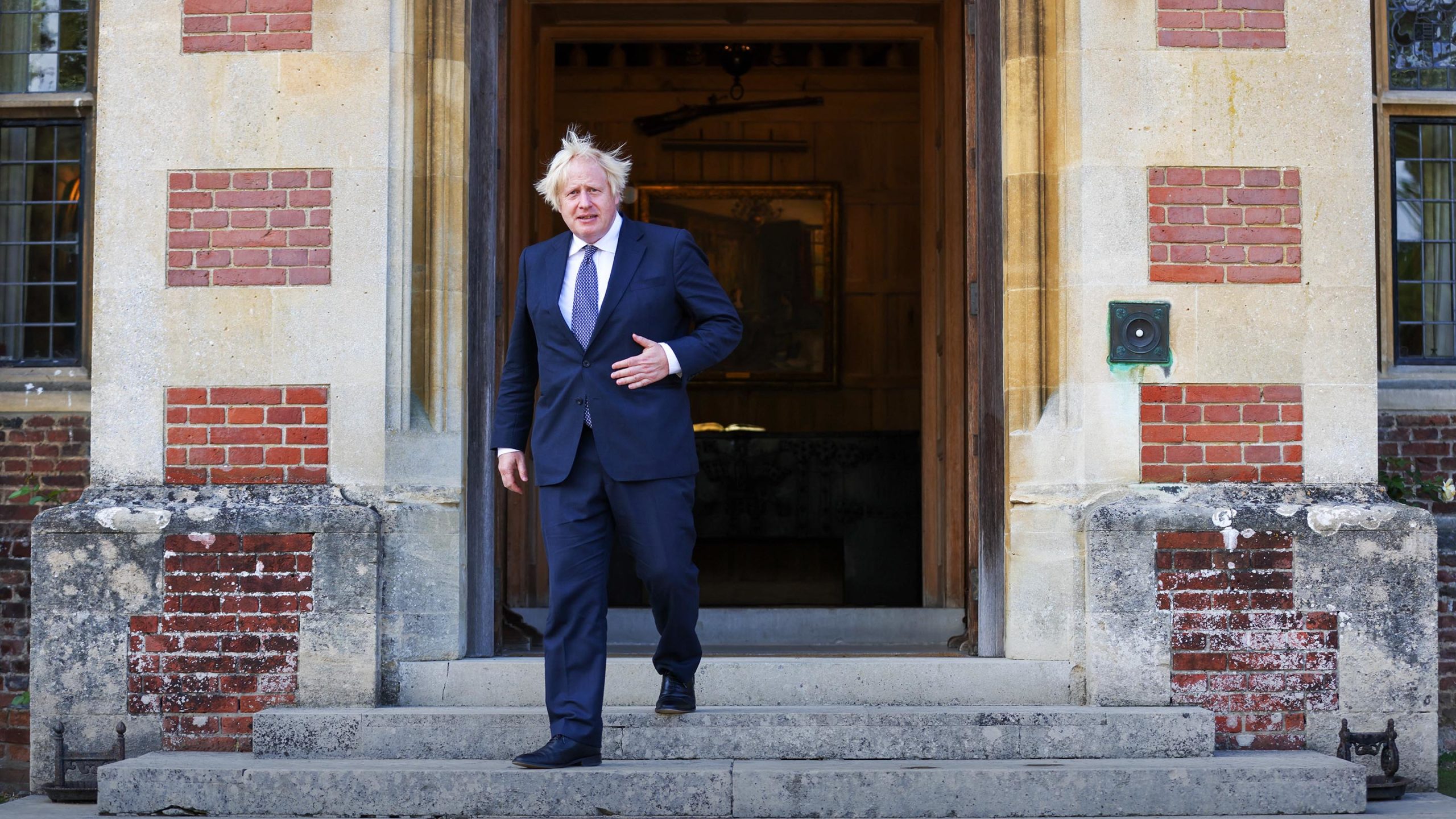 In March 2020 Boris Johnson pre-recorded a broadcast in which he told the country to stay at home. But Tortoise now believes that he then ignored his own advice by moving back and forth between London and Chequers