After the murder of Sarah Everard, and some tone deaf responses by the Metropolitan Police, public outrage towards the force was at fever pitch. Like the murders of Stephen Lawrence in 1993 and the murder of Daniel Morgan in 1987, Sarah Everard’s murder and the revelations surrounding it gave a platform to much wider concerns about a perverse culture within the Met. Police officers and citizens began regularly airing allegations of a culture of sexism and misogyny in the police. In answer to the cries for justice, the home secretary and the commissioner of the Met announced they would launch separate independent reviews. But can these kinds of evaluations actually make a difference?

On Friday, we’ll be holding the Tortoise Policing Inquiry. From 10am to 3:45pm, in a series of sessions with invited experts, we’ll investigate why police forces consistently fall short on protecting women and girls from violent crime.

Ahead of it, we asked Christopher Stone, Professor of Practice of Public Integrity at the Blavatnik School of Government, why, despite the sheer amount of independent reviews of the UK police, there’s been little evidence of change in the force’s conduct and culture.

The Met’s commissioner, Cressida Dick, who joined the police in 1983, is correct that the service has come “a very, very, very long way” since the Macpherson Report into Stephen Lawrence’s murder identified “institutional racism” in the Met. But it is possible to come a very long way, yet still be back where you started. Parm Sandu, who retired from the Met in 2020 as chief superintendent (the first ethnic minority woman to achieve that rank) said this year that “institutional racism exists in the Metropolitan Police, and it’s alive and kicking and is worse now than straight after the Macpherson Inquiry.”

Admirers of the Stephen Lawrence inquiry have urged those conducting these latest reviews to follow Macpherson’s example: patiently building consensus among politicians, police officials, experts, and community advocates so that the report’s findings can be both credible to the public and accepted by the police. Impressively, 95 per cent of the Macpherson report’s specific recommendations were implemented.

Yet, Parm Sandu is hardly alone in her insistence that the Met’s dominant culture has not improved. An ITV poll last year found that 77 per cent of Black people and 42 per cent of white people believe the police have “a culture of racism.” Critics of the police – including retired  officers, editorial writers, and researchers – cite a wide range of examples supporting these views, from the disproportionate numbers of Black Londoners stopped and searched by the police, to the higher chance of Black, Asian, and ethnic minority police officers facing disciplinary tribunals, to individual incidents in which Black and Asian crime victims have felt systemically neglected and their cases minimised or ignored.

This pattern – substantial improvement in the Met’s procedures, but little change in its dominant culture – is the same pattern described by Baroness Nuala O’Loan’s panel in its account of the role of corruption in the Daniel Morgan murder investigations. The report catalogues an extraordinary range of corruption practiced by individual officers connected to those investigations, including officers moonlighting as security guards, taking money from burglars and pickpockets to allow them to continue their criminal trades, selling confidential information to newspapers, and conspiring with informants to corruptly obtain reward money.

The report also describes corrupt subcultures within the Met: squads where if you didn’t accept an envelope of cash on your first day, you’d be transferred back to your old job, and others where you had to pay ten per cent of your overtime payments to the divisional detective superintendent. The report recalls Sir Robert Mark’s 1978 assessment of the entire Criminal Investigation Department (CID) in the Met as “the most routinely corrupt organisation in London.”

The Morgan inquiry acknowledges that all these specific forms of corruption among individual officers and within isolated subcultures have been tackled with new policies and procedures. Here, too, the Met has come a very long way. But O’Loan’s panel was scathing in its criticism of the Met’s dominant culture “of obfuscation and lack of candour”, and lying to protect its reputation at the expense of the public interest. This is, it said, “institutional corruption,” which has persisted from the 1980s to the present day. As the report concludes: “There is evidence that, despite efforts over many years, a culture still exists that inhibits both organisational and individual accountability.”

One of the ironies of these two inquiries led by Lord Macpherson and Baroness Nuala O’Loan is that their most profound insights are also their least effective in provoking reform. Where these and similar inquiries have pointed out racism, corruption, or incompetence at the individual level, or even in a subculture within the organisation, the Metropolitan Police has been able to act. But the Met’s dominant culture seems beyond the ability of its leaders to repair, at least when the diagnosis is provided by independent reviewers, and it is this police culture that allows the problems of racism, corruption, and sexism to persist and spread.

Police culture was identified as the issue in these past reviews, and in the wake of Sarah Everard’s murder it is the issue again. Cressida Dick has argued that the term “institutional racism”, is “not helpful” and rejected the finding that the Met is institutionally corrupt. Phraseology aside, the important question now is whether the commissioner sees the need for cultural change in the Met. If in rejecting these terms, she is rejecting the need for a change in police culture, then the new reviews are unlikely to help – however many recommendations they advance about vetting of recruits and police officers’ use of social media.

The same limitation on independent reviews is evident in the United States, where since 1994 the Department of Justice has had the power to initiate independent inquiries into alleged patterns and practices of policing that violate constitutional rights. These investigations by the justice department and court-appointed monitors typically lead to dozens of recommendations that the offending police departments often try earnestly to implement. The Minneapolis Police Department went through just such a review and successfully implemented most of the recommendations – but none of that mattered when a member of that department murdered George Floyd in broad daylight with the whole world watching.

In the US, as in the UK, there is growing disappointment that these time-limited reviews and investigations are failing to reach problems at the level of police culture. Why are they failing? Any assessment of police culture must begin with a recognition that loyalty to the organisation is a carefully cultivated value within policing, and it should not be mistaken for a fault. That loyalty to fellow officers is a source of courage when you’re called to risk your life; and that loyalty offers protection against the manipulation of the police by powerful elites, by political parties, or even by chief executives for private, partisan, or institutional ends.

As a result, police culture is always somewhat insulated from the wider culture of the society, and it is incumbent on police leaders to compensate for that cultural distance. Police leaders have a double duty, both to foster that professional loyalty to the organisation among their officers, and to bind the values, goals, and performance of the organisation to the public interest. Racism, sexism, and corruption in the dominant police culture are signs that police leaders have failed in the second prong of that double duty.

But that same structure of police culture makes it unlikely that change can be initiated through an independent review. The most influential independent reviews will be those that advance a police leader’s strategy for aligning the organisation’s values with the public interest. In short, you can’t initiate change in police culture from the outside, but you can strengthen an insider’s efforts to change it.

For those leading the latest reviews of the Metropolitan Police, the implications are straightforward. If those leading the Met are not themselves determined to instill a more respectful, empathetic, egalitarian culture, then the promised reviews at most can hope to maintain some public pressure by documenting the gap between the organisation’s insulated culture and contemporary public standards. But if that leadership is determined to change the culture of the organisation, these new reviews can provide a powerful assist: accelerating meaningful change and making that change durable with strong public support.

Christopher Stone is Professor of Practice of Public Integrity at the University of Oxford’s Blavatnik School of Government. 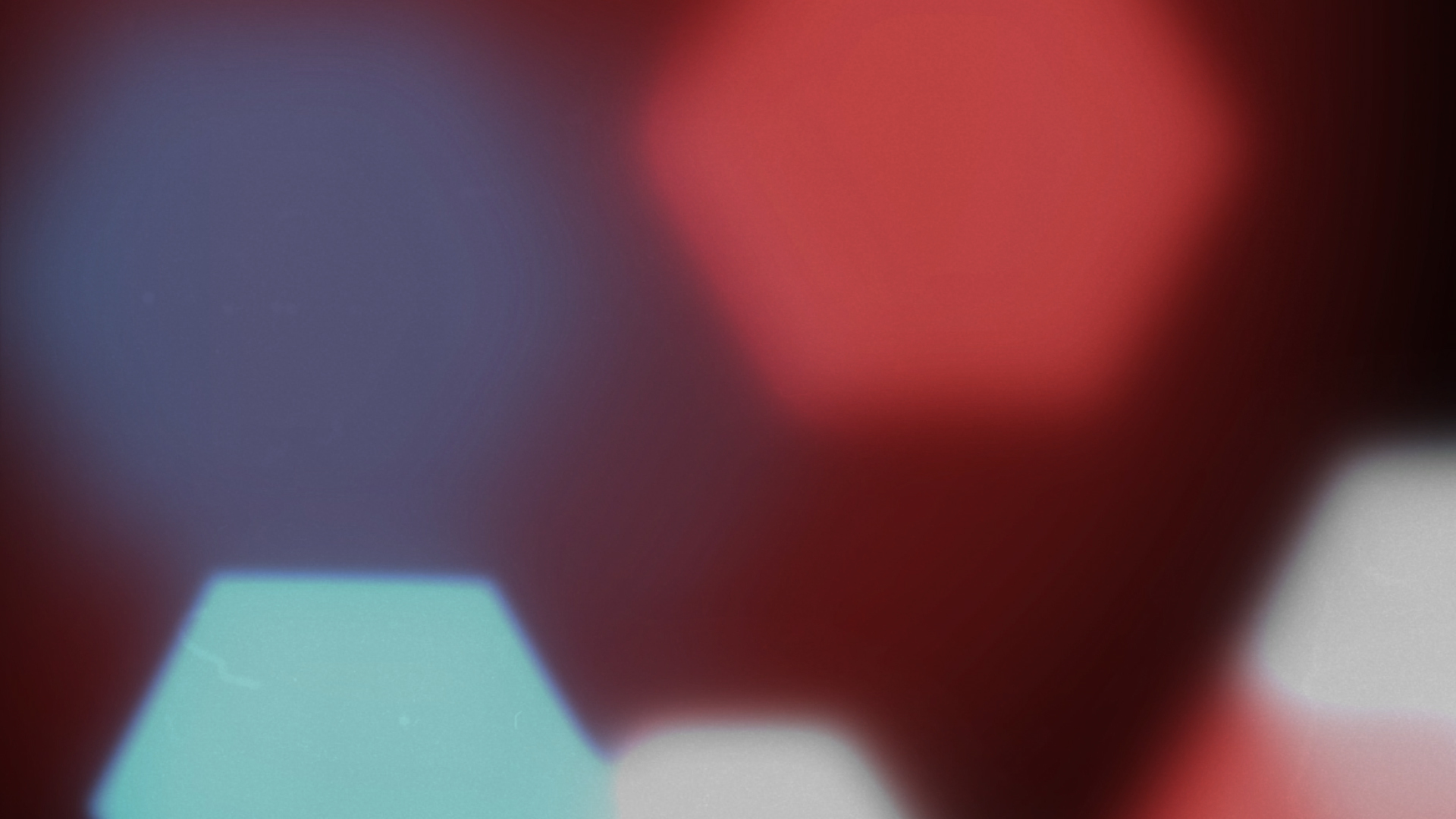 This Friday, take part in our investigation into why police forces consistently fall short when it comes to protecting women and girls from violent crime.