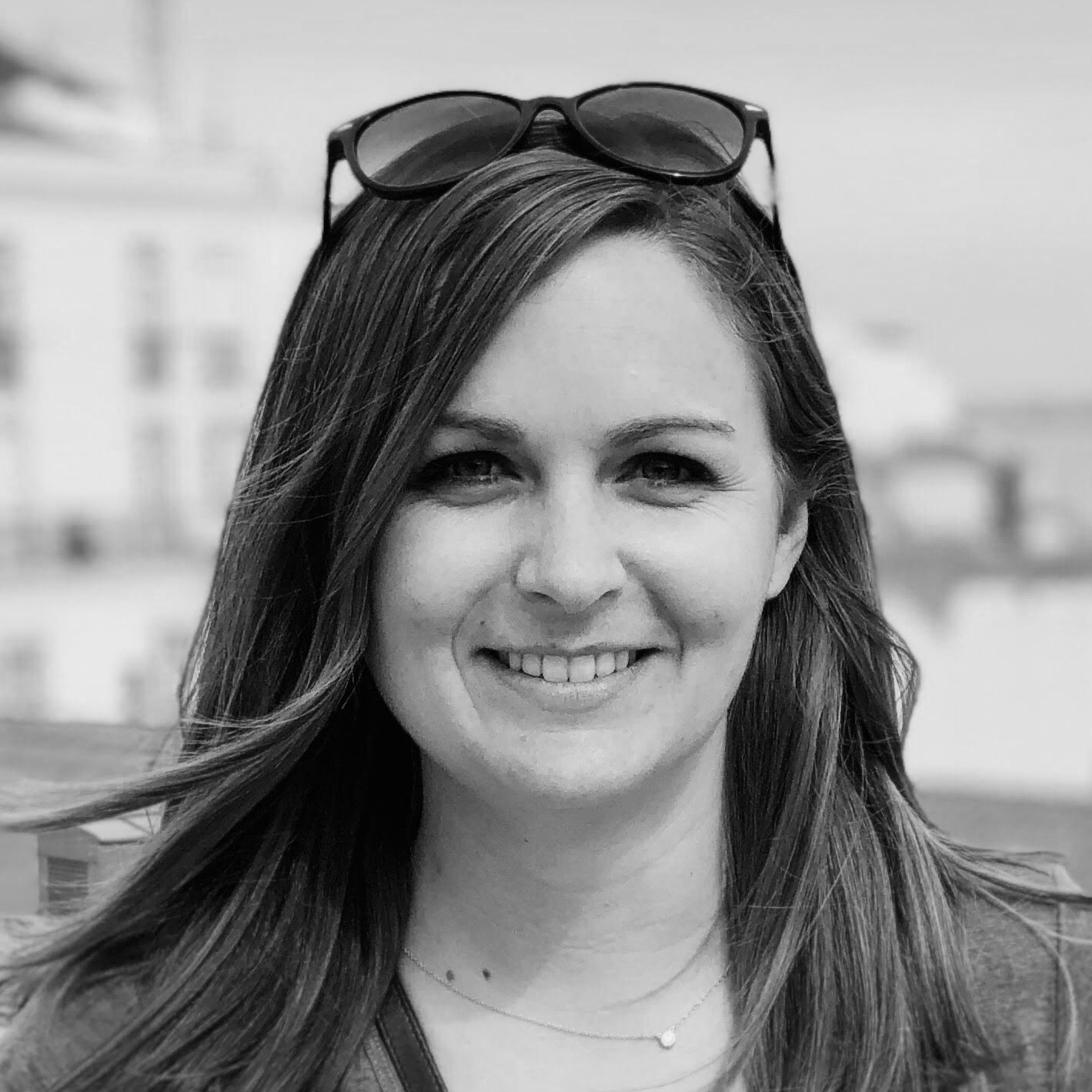 Last month, six opposition parties in Hungary held their first-ever joint primary to select a candidate for prime minister. Top leaders from each of the parties – which range in ideology from socialist to liberal to right wing – competed in a vibrant debate about who is best positioned to take on Prime Minister Viktor Orbán in next spring’s parliamentary elections. By all standards, the primary was a success: around 850,000 people, or a tenth of all eligible voters in Hungary, cast their votes in person or online and selected conservative candidate Peter Márki-Zay, mayor of the small city of Hódmezővásárhely, as their standard-bearer for the campaign. “We want to build a new Hungary,” Márki-Zay told supporters after his victory.

In many democratic societies, such a process would hardly be noteworthy. But Hungary is a special case these days: in the nearly 12 years since Orbán became prime minister, he has systematically transformed the country into what he notoriously described as an “illiberal” democracy. After his Fidesz party won a two-thirds supermajority in the parliament in 2010, he amended the Hungarian constitution and electoral laws in ways that centralized his power and hobbled his political opposition.

Orbán and his allies have spent the intervening decade working to crush and discredit various sources of opposition, from Hungary’s independent journalism scene to civil society organisations to academic researchers. Throughout, he has billed this as an effort to protect Hungary’s sovereignty from outside forces that would allegedly seek to destroy it, from the European Union to refugees and the Hungarian-American philanthropist, George Soros. His strategies have inspired other would-be illiberal leaders across Europe and elements of the Right in the United States. Today, the pro-democracy organisation Freedom House rates Hungary as only “partly free,” a reflection of the extent to which Orbán’s has succeeded in implementing his illiberal vision.

That makes it all the more remarkable that Márki-Zay and the united opposition have a real chance at defeating him. Current polling puts the opposition essentially even with Fidesz, and there’s a palpable sense of hope among those who want to see Orbán ousted. Márki-Zay is, in many ways, an ideal candidate for the opposition both practically and symbolically: back in 2018, it was his mayoral victory in Hódmezővásárhely that first showed opposition parties the potential power of teaming up. Then, as an independent candidate supported by all the major opposition parties, he managed to defeat the Fidesz candidate in the race.

Since then, Márki-Zay has been one of the most vocal proponents of full cooperation. He founded an organisation called Hungary For All, which sought to do exactly what the opposition is doing now. It’s a matter of necessity in order to defeat Orbán in the gerrymandered, winner-take-all system he has engineered: “There’s one party on one side, a strong united Fidesz, and there’s a diverse group of competing parties on the other side,” Márki-Zay told me back in 2019. “Of course it will always give the advantage to Fidesz.”

After Márki-Zay’s victory in Hódmezővásárhely in 2018, some in the opposition hoped that together they might have a chance of taking down Orbán in that year’s parliamentary elections. But the parties weren’t able to come to an agreement and they lost badly. “It was a very harsh awakening for a lot of politicians,” Katalin Cseh, a member of the European Parliament from the Momentum Party, told me over evening coffee in Budapest. At the time, she said, the feeling was that “no matter what we do or how we campaign, if we end up with a supermajority for Fidesz, no matter how great your ideas are or how good your party is, it just has no point.”

That changed in 2019. That autumn, in local elections held across the country, six opposition parties – the Democratic Coalition, right-wing Jobbik, the green LMP (“Politics Can Be Different”), Momentum, the Socialists and Dialogue for Hungary – agreed to choose and support a slate of joint candidates in each district to optimise their chances of success. It worked: opposition candidates won mayorships and city council seats across the country, including Budapest, where Gergely Karácsony became mayor.

The parties have spent the last two years working out how best to scale their strategy to the national level. That effort culminated in their first-ever primary election, held in two rounds last month. Márta Pardavi, who runs the Hungarian Helsinki Committee in Budapest, has experienced Orbán’s illiberal tactics firsthand as the head of a civil society organisation that works with many of the groups Orbán decries. That’s part of why watching the primary, organized by a civil society group and funded by donations, was so heartening for her: “It was a good way to underscore the point that people are still interested in participating in a democracy and democratic processes,” she told me, adding that it was encouraging that the last decade hasn’t fully “dampened the enthusiasm.”

The known unknown is how exactly Orbán will push back in the months between now and election day. After spending so long building his illiberal democracy, the incumbent will hardly go down without a fight. Already, efforts are underway to sow infighting within the opposition and tie Márki-Zay to Orbán’s unpopular predecessor, the Socialists’ Ferenc Gyurcsány: all around Budapest these days, posters featuring Márki-Zay with Gyurcsány’s hand on his shoulder, seemingly whispering in his ear, are plastered on billboards, on the streets and in subway stations: STOP MÁRKI-ZAY, STOP GYURCSANY, they read.

Orbán has already proven himself creative in his attempts to discredit the opposition. After the opposition’s success in the 2019 local elections, he used pandemic-related decisions to sideline opposition mayors and make them look ineffective: in everything from funding allocations to up-to-date information about Covid infections in their region to getting government-aligned media to lambast every decision an opposition mayor made, Orbán subtly and not-so-subtly imbued his pandemic response with partisan politics. “The government is interested in showing that these opposition mayors and opposition-led municipalities are not delivering on what they had promised,” Karácsony, the Budapest mayor and a candidate for prime minister who eventually backed Márki-Zay, told me via a translator last summer. “Then they can point fingers at us and say, ‘These guys can’t govern.’”

And if the opposition were to win next spring? Then comes the challenge of figuring out how to govern together among six parties with vastly different ideologies and policy priorities. They’ve had a dress rehearsal on the local level these last two years, Cseh said, calling the parties’ effective cooperation in city and town councils a “blueprint” for how their alliance could work on the national level. Even that is a good problem to have, she said: getting back to a position where parties with different visions can debate and compete for majorities is the real goal.

But the first step toward having that – and the only way to have that, many in the opposition say – is to defeat Orbán this spring. “I still think that we have the chance in this country where we can beat them in the polls,” Cseh said. “If we don’t win this time… I’m not sure if that will be the case in four years.”

Emily Schultheis is a freelance journalist, based between Vienna and Berlin. She writes primarily about the rise of populist far-right parties across Europe. Previously, she was a fellow with the Institute of Current World Affairs.

How the Greens go mainstream

In the face of the climate crisis, Germany’s Green party has gone from being a fringe player to a real contender. Their positive, can-do campaign should be a lesson to others seeking office across the globe

Yet again, we are learning how fragile the systems and conventions of supposedly stable democratic systems truly are