PMQs has now been around for decades. We decided to look back to find the best – and worst – moments, as well as looking forward to what the future may hold 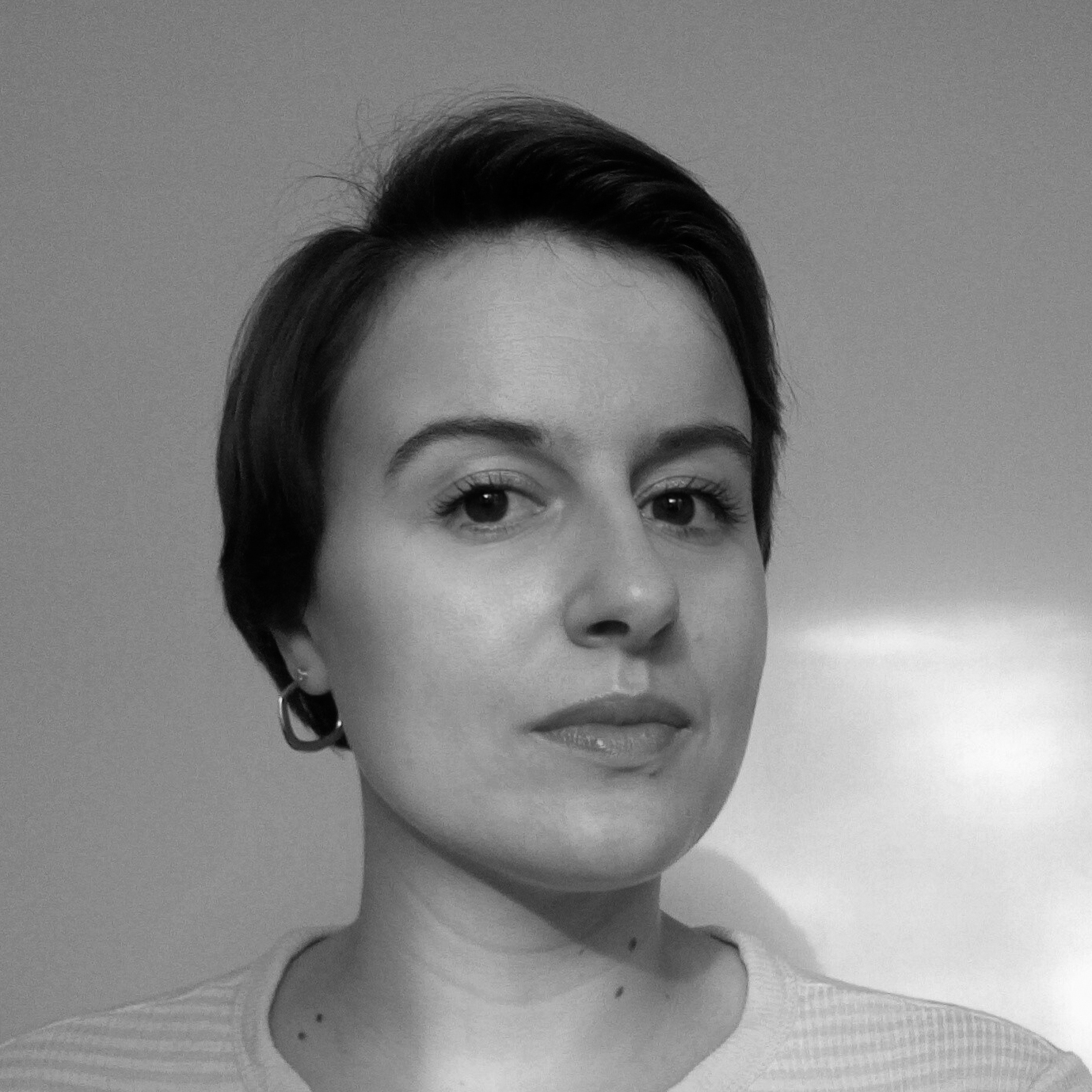 If Prime Minister’s Questions did not exist, would we invent it? It’s needlessly brash, makes rows of MPs sound like braying donkeys, and rarely gets useful answers from the government.

Well, perhaps that’s not quite the right question to ask, since no-one really invented the PMQs format we have come to both love and loathe. It technically began in 1961 – 60 years ago this month – when it became a regular feature of the parliamentary calendar, but it arguably only came into its own some years later.

As Ayesha Hazarika and Tom Hamilton put it in their Punch & Judy Politics, “In 1975, MPs started tabling open questions, enabling them to ask supplementary questions on whatever they wanted, introducing a new element of both surprise and topicality. In 1979, the new Prime Minister, Margaret Thatcher, announced that she would answer all the questions at PMQs herself, instead of transferring some questions on given issues to the Cabinet ministers responsible for those issues.”

The proceedings were first televised in 1989. In 1993, Labour leader John Smith committed to asking the six questions to the prime minister allocated to him every single week, creating the format that still exists today. Four years later, his successor Tony Blair turned the two weekly PMQs sessions into one half-hour Wednesday slot, and thus the contemporary PMQs was born.

It remains an odd beast, and often feels like the worst of Westminster politics – a world where quips matter more than substance, and questions will never knowingly be answered truthfully. Still, it subsists, with most prime ministers having a pretty good attendance record – although some have patchier attendance…

There are also hidden benefits to PMQs: by deciding to handle all the questions herself, Thatcher sucked the power out of Whitehall and concentrated it in Number 10. Because she was suddenly expected to have a handle on what every department was doing, Downing Street could go to each Cabinet minister once a week and demand to know exactly what they were up to. If someone had messed up somewhere, they had to own up to it; if there was a crisis, they could hide it from Number 10 at their own peril.

As she wrote in her memoirs: “It was a good test of the alertness and efficiency of the cabinet minister in charge of the department whether information arrived late – or arrived at all; whether it was accurate, wrong, comprehensible or riddled with jargon.”

Not that this is what people outside Number 10 end up caring about. Instead, the weekly bunfight between the prime minister and the leader of the opposition is often the highlight of the parliamentary week – but what makes a good PMQs? Well, it depends what side of the despatch box you’re on.

“It is hard for the leader of the opposition to cut through with the public, and a good PMQs can give you that opportunity,” says Hazarika. “But it is more than just the public – it’s the press, it’s commentators, it’s people talking about the fact that you are a contender for that top job…. It can make the backbenchers feel really perky, it makes the party feel very good about you as well, it’s a bit of two fingers to your critics.”

If you are on the opposite side of the Chamber, the bar is – perhaps unexpectedly – lower. “Prime ministers have never gone in and felt a huge duty to be really honest in their answers,” she explains. “As long as you can say something that is not factually inaccurate and not completely stupid, you can get through PMQs. […] Your job as prime minister is to try and squash that pretender down, show the world that actually this person is useless and hasn’t got a leg to stand on.”

In practice, both of these goals can be reached in many ways – through punchy statements or witty retorts; trick questions or snappy one-liners. Oh, and a particular session may well end up being remembered for something neither leader did, but instead because of a backbench question or heckle.

Here are some of the best (and a few of the worst) moments from the past 60 years:

“It’s only our first exchange and already the prime minister is asking me the questions! This approach is stuck in the past and I want to talk about the future – he was the future once.”

Though usually comfortable at the despatch box, Blair smiled at the barb while failing entirely to hide his irritation. A strong start from a young and cocky leader of the opposition.

2. A blow to the Conservatives

“Madam Speaker, there’s one very big difference; I lead my party, he follows his.”

One of the all-time great soundbites of Tony Blair’s years in Parliament; this particular exchange was on the Maastricht Treaty – the agreement that effectively established the EU in its current form – but neatly summed up Major’s troubles.

“She had to explain yesterday that she dresses in accordance with wherever she goes; she wears a helmet to a building site, wears Indian clothes to Indian parts of her constituency…presumably when she goes to a Cabinet meeting, she dresses as a clown.”

Hague and Harman faced one another as the prime minister was away; the shadow foreign secretary took the opportunity to poke fun at his opposite number for wearing a stab vest while walking around Peckham, south London, in her constituency.

“If the prime minister had just spent 27 years in prison…”

Ruddock, the Labour MP for Lewisham Deptford, was attempting to ask Margaret Thatcher a question about Nelson Mandela when she was interrupted by Kaufman’s quip. Though politicians on all benches sniggered at the heckle, a very dour Early Day Motion was tabled later that day, which read:

“That this House deplores the typically vile and offensive remark made by the Right honourable Member for Manchester, Gorton, at Prime Minister’s Questions on Tuesday 13th February; […] notes that his entire political career has been as devoid of principle as his conduct has been of good manners; and suggests to the Leader of the Opposition that even his own interests would now be best served by an early substitution of this deeply unpleasant spokesman.”

Perhaps the most famous slip of the tongue ever uttered in the House of Commons. Though Brown had much to be proud of at this stage of the global financial crisis, this particular bit of self-aggrandisement is thought to have come from a piece published in the New York Times. In it, Paul Krugman had asked “Has Gordon Brown, the British prime minister, saved the world financial system?”. Still, doesn’t quite sound the same when it is you saying it.

“May I ask my right honourable friend to reflect with pride that a thousand years from now, when every other member of the House is dead dust, she alone will have a hallowed place in the history books?”

In fairness to Knight, this particular bit of treacle came at the end of Thatcher’s tenure as prime minister – still, it is fair to say Baroness Knight liked to lay it on thick.

So, after 60 years of Prime Minister’s Questions, what can we expect from the next 60? Though often criticised by all sides, the weekly event remains one of the pillars of the parliamentary calendar, and is unlikely to disappear anytime soon.

But it is worth wondering whether social media is ruining it, slowly but surely. “I think the art of debate is getting lost in PMQs,” says Hazarika. “There isn’t that much listening to what the other person has said, thinking on your feet, and coming back to them. It basically feels like 12 pre-prepared lines.”

She has a point; though prime ministers and opposition leaders alike have kept an eye on what would play well on the six o’clock news since the exchanges started being televised, the internet feels like more of a threat. The ability to post snappy clips on Facebook and Twitter puts the power squarely into politicians’ own hands. Why pay attention to the person in front of you when you know your real audience is the one that will watch you online in hours and days to come?

Still, they should be careful what they wish for; it may have its downsides, but PMQs can be where party leaders make their careers – or disappear into the ether.

As Thatcher once wrote, “No head of government anywhere in the world has to face this sort of regular pressure and many go to great lengths to avoid it; no head of government, as I would sometimes remind those at summits, is as accountable as the British Prime Minister.”

That can only be a good thing.

Marie Le Conte is a freelance journalist, having previously been the Evening Standard’s political diarist and BuzzFeed News’ media and politics correspondent.