Scandals come and go, but the care crisis has the potential to engulf the prime minister 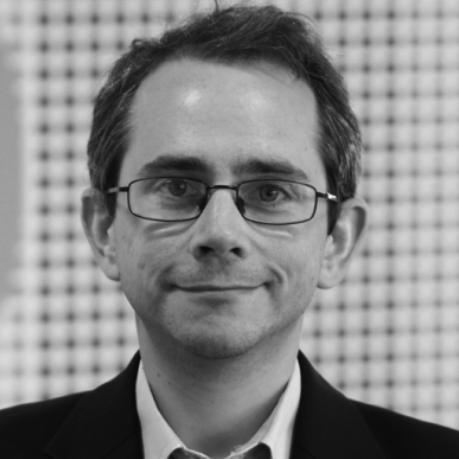 Last Wednesday was one of Boris Johnson’s worst days to date as prime minister. At PMQs he was hammered by Keir Starmer on corruption; reprimanded repeatedly by the Speaker; and criticised by a leading “red wall” backbencher for breaking promises on northern rail.

Then he endured cross-examination by the Liaison Committee of MPs, who forced him to apologise for not wearing a mask in hospital and to acknowledge he hadn’t engaged with the details of the Owen Paterson case before attempting to save him.

Finally Johnson spent an unhappy hour with his own grumpy MPs admitting he’d “crashed the car into a ditch” – though a better analogy might have been that he had deliberately driven into said ditch after being egged on at a private dinner of Telegraph journalists.

Much less attention was paid, meanwhile, to an announcement quietly slipped out by the Department of Health and Social Care while everyone’s attention was fixed on the PM doing his impression of a clown running through a minefield.

At first glance, the department announced what looked like a highly technical change to the Health and Social Care Bill that is presently going through parliament. In fact, this particular policy amendment will have a serious impact on the government’s declared ambition to stop people in care having to use up all their assets to pay for it.

Under the revised rule, means-tested state support will not count towards the new lifetime cap of £86,000 that people will be expected to pay towards their care (in other words, the cap only takes into account what you have paid from your own assets – however modest those assets are).

This will ultimately reduce the cost of the whole reform package to government by just under £1 billion a year. But what makes this cut particularly perverse is that it only affects people with relatively small assets – as the more affluent don’t receive means-tested support in the first place.

It would have been fairer simply to raise the cap; but it would also have been more obvious (you are all going to have to fork out more of your own money for your care). Instead, the government chose a route that only hits those with less wealth, clustered disproportionately in northern constituencies where housing is cheaper. Coinciding with broken promises on rail, this proposal is being interpreted by many red wall MPs as a clear signal that the Government isn’t serious about “levelling up”.

Perhaps the greatest significance of the change, though, is what it reveals about the Treasury’s anxiety about taking on long-term responsibility for social care. The total cost of the system is projected to increase by over 100 per cent in the next 20 years. This is mainly due to an increase in the number of older people – as well as a rise in the number of younger adults with severe needs living longer.

The formal care system is also having to pick up support that used to be delivered by relatives at no cost to the state. Of course, a huge number of family members do still act as carers – but the trend is heading downwards. The children of elderly people are less likely than ever before to live nearby, and their daughters, in particular, are more likely to be in full-time work than in the past. Modern society is simply not compatible with the ancestral assumption that the young take care of the old in their final years.

Even if the amendment is implemented – and that is not yet certain – the new cap on how much individuals will have to pay towards care means that a much larger proportion of these costs will now be paid by the state. And there are a few more unexploded bombs hidden lurking in the government’s plans for the cap, published in September.

For instance: from 2023, people funding their own care will be able to pay the same rate as local authorities. As care homes currently use these “self-funders” – who make up 40 per cent of residents – to cross-subsidise the lower per capita payments made by the state, this will force up costs even more.

Just the increase in costs over the next two decades will be greater than the total amount the state spends on early years, childcare and higher education combined. And even that assumes that we continue with a model of care provision that is already teetering on the edge of sustainability.

The sector relies on a workforce of 1.5 million, mostly paid at minimum-wage level or thereabouts. The hourly wage of care workers is significantly below that paid by supermarkets, and someone with 20 years’ experience only earns an average of 15p an hour more than someone new to the sector.

This is a recipe for exceptionally high turnover – now touching 40 per cent a year – and high levels of vacancies: over 150,000 at the last count, and rising. The overheating labour market in the UK, the end of free movement from the European Union, and the requirement that care workers be vaccinated, will all combine to push this number significantly higher. When you consider the additional staffing that will be required due to increasing demand over the coming years, it is very hard to see how the system can stay afloat.

Capacity failure in the care sector has, in turn, a critical impact on the NHS, with people stuck in hospital beds because there is nowhere to move them to. This causes a negative spiral – as longer NHS waiting lists make people sicker, and consequently more likely to require long term care.

The Care Quality Commission, which regulates the sector, and is not known for hyperbole, said in its recently published annual assessment, that we are at risk of “a tsunami of unmet need across all sectors, with increasing numbers of people unable to access care”.

We are in this mess because the government has been asleep at the wheel. A social care reform white paper – yes, another one – is due in the next few weeks. But since the Cameron-Clegg coalition formed in 2010 there has been astonishingly little serious attention paid to this looming crisis.

There has been no workforce strategy since 2009. Between 2016 and 2020 there wasn’t even a senior civil servant in the health department solely focused on social care. For an entire year after the 2017 election, the government forgot to appoint a junior minister to oversee the sector. Successive administrations have largely left local authorities to get on with it, while cutting their budgets to ribbons.

Early signs are that the white paper, when it emerges, will fall dramatically short of what’s required. But we are now at the point where radical ideas and measures are required.

For a start, the government needs to offer a serious solution to the workforce crisis. It is insane to have a sector this important to the wellbeing of citizens resting on the shoulders of staff paid less than shelf-stackers, with barely any career prospects. While these jobs do not currently require formal qualifications, they are not, by any stretch of the imagination, low skilled, and increasingly require (in practice) the ability to manage basic medical procedures.

But – of course – turning care work into a profession cannot be achieved without cost. At a minimum, there needs to be a proper career path for those who stay in the sector, with opportunities for meaningful salary jumps, linked to qualifications and experience. Which means that, unless we want to load even more cost onto the system, the government needs to take a broader-ranging, more imaginative approach to reform.

To achieve this, the whole structure of the sector needs to be rethought. At the moment, 90 per cent of care is provided by private organisations, of which the vast majority are for-profit agencies. The market is extremely fragmented. Three quarters of residential home providers run just one home, many of which are at risk of closure when the owner retires.

Furthermore, 39 per cent of for-profit homes have current liabilities which exceed their current assets. Increasingly the larger providers are owned by private equity firms who try to extract as much cash as they can, often through nefarious accounting dodges involving tax havens, before selling the business on.

In theory local authorities have the duty to “market make” – to ensure there are sufficient places of high quality in their area. In reality, few councils have the resources to do so properly. Moreover, many are simply too small to be able to do this well, even if – for the sake of argument – they were better funded. Governments at national level (social care is devolved) need to take much greater control of managing the market and to look at alternative structures that would be efficient and sustainable.

A sector that was increasingly focused upon larger not-for-profit, community interest, or, (gasps) even state-run providers would not only be more efficient and better able to support a properly paid workforce, but also potentially more innovative. Instead of employing more and more people to look after an aging population, we need to invest in technology that allows people to stay independent longer – such as the increasingly sophisticated remote monitoring devices now being developed that remind people to take medication, and can identify if someone needs help.

Japan, which has been struggling with these demographic challenges for some time has become a world leader in deploying robotics to support older people. Again, however, these types of solutions require upfront investment and a skilled workforce to support them: these realities cannot be evaded.

All of which means that we need to start taking the problem much more seriously. A sector that will soon be costing the state more than policing or the justice system should have its own Secretary of State, arguing for attention and resources.

If we continue down the present path – ignoring social care apart from applying the occasional Band-Aid, while fixating on the NHS – we will end up with a terminal crisis in both, and a dystopian future for the most vulnerable members of society. How’s that for levelling up?