As welcome as the pledges made during the summit hosted by President Biden two weeks ago undoubtedly are, they are clearly insufficient to meet the UN General Assembly’s call for the whole world to be vaccinated in 2022.

Indeed, the pandemic has exposed the dysfunctional approach of international bodies such as the G7 to public health emergencies. And part of the problem is that one very powerful sector – pharmaceutical companies and their biggest investors – was not called upon to make commitments during the summit.

As Ceri Thomas’s recent Tortoise investigation into Pfizer made clear, this failure of accountability and responsibility is far from new. Pharmaceutical companies have opposed most efforts to help low- and middle-income countries to produce the vaccines locally or to share intellectual property, technology, and know-how (beyond a very limited number of bilateral agreements).

While AstraZeneca, for instance, agreed from the outset to sell the jab produced with Oxford University scientists at near to cost price, Pfizer and Moderna did not. These producers of mRNA vaccines have maximised their profits by mainly selling at full price to the richer countries and delaying their transactions with poorer nations.

Sadly, this has been done with the support – and whether this is proactive or simply a question of turning a blind eye, we cannot know – of their major investors. Most of pharma’s biggest investors are headquartered in the US, the principal exceptions being the UK’s Baillie Gifford and the Norwegian oil fund.

We therefore call on all these investors – both in equity and debt – to make real their claims about being responsible, long horizon investors into practice: to walk the walk, as well as talk the talk.

We also call upon civil society to develop a scorecard or dashboard with which to monitor both progress and backsliding (an investment counterpart, if you like, to the Tortoise Vaccine Tracker). The leverage that this select group of investors has is very significant: we both have experience of being on the receiving end of campaigns during the AIDS epidemic holding pharma companies as well as governments and investors to account, and we know first-hand how effective such pressure can be.

The principal achievement of these campaigns was to channel public and target public anger at the shortcomings of big business and government in a  way that encouraged meaningful change. Tragically, ten million Africans died because of the delayed response, but the global total could have been even more horrifically high without those actions. Indeed, this is precisely what’s missing today: something comparable to the very effective pressure of AIDS-era activism, combining a clear sense of well-calibrated outrage with deft strategy.

This is why Tortoise’s #TheArmsRace initiative is so important. The campaign started off – totally understandably – in support of more funding for Covax, the international vaccine-sharing body, and against dose hoarding by the wealthier nations. Funding and distribution will, of course, continue to be important. No less important, however, is an urgent boost to the production of the best vaccine technologies available now, especially in the regions with the highest need today. Inevitably, this means thinking outside the narrowly defined framework of Covax.

So what can be done?

In a nutshell, voting delivers social change when it is combined with political literacy. What is less well understood is how to pull financial levers of influence. This should include an awareness of what we have the right to expect – so we aren’t fobbed off with pandemic-related greenwash.

Pfizer and Moderna are particularly important to this strategy because mRNA vaccines can be relatively quickly modified to deal with variants; they are comparatively easier to produce (no need for live virus material in the factories); and the technology in question holds great promise for a range of other diseases. But every WHO-approved vaccine manufacturer could play a more positive role.

Investors have significant influence with pharma execs on questions of business strategy and corporate priorities. They can – and should – be asking some pointed questions.

The investors that matter most are relatively small in number – namely, those that own a large percentage of pharma company shares. As with climate change, the big index fund managers – Vanguard Group, BlackRock and State Street – are the main players in this sector. These investors have assets under their management that compare to the GDP of a G7 nation. In addition, there are some influential specialist investors – Baillie Gifford owns 11 per cent of Moderna, for example.

Engaging the key decision-makers in these funds is not straightforward: they tend to focus on short- term share price, whatever their PR about being “long-term”; they are uninterested in “fat tail” risks (greater-than-expected probabilities of extreme risk); and – an important psychological factor – their personal vulnerability to the pandemic has been low from the outset and is now, in their minds, minimal.

But the culture in which they operate is changing: to an increasing extent, there are strong ethical, reputational, and risk management reasons for investors to act in a way that is demonstrably responsible. Today, investors accept that they need to ensure companies have climate-competent directors and executives. The same goes – or should go – for pharma executives with global vaccine equality. At any rate, and as Nelson Mandela reminded us, we should always be hopeful as we push for the apparently impossible.

So how to get these investment executives to act? Client pressure, media attention and the views of their own employees will all be needed. Tortoise readers could influence all three, not least by pushing for a scorecard to monitor progress made by the investors of the vaccine-producing companies.

Client pressure means a critical mass of pension funds saying they care and are serious about this. That depends on hundreds of us – and this is why NGOs are so critical – contacting our pension or insurance providers with a personalised message using the following text or adapting it as you see fit. The “ask” is in bold and it is best you personalise this:

I am very concerned about vaccine inequity. The world’s leading health experts agree this is the best way to encourage dangerous variants to emerge and spread globally. It is seriously harming the global economy. And it is further destabilising countries resulting in a loss of trust in Western powers, more nationalism and creating openings for China and Russia who have done better in building production capacities and provide supplies widely, often with geopolitical conditioning.

We cannot turn a blind eye to the sector because its share price is up. We need every vaccine-producing company in the world to start producing WHO-recognised Covid vaccines now. I would like you and the fund managers deployed in the management of my pension fund uses to make a public declaration ahead of the G20 meeting in October to say that investors want to see pharma companies producing and supplying enough vaccines to vaccinate 40 per cent of the adult populations of poorer nations by the end of 2021 and 70 per cent by mid 2022.

UK NGOs like Shareaction and Make My Money Matter have plentiful experience of this sort of pension fund campaigning – it can be done.

The second factor – media attention – depends on international NGOs or investigative journalists doing much more digging, to differentiate between the leaders and laggards in the pharma sector but also amongst its investors, and then to make this public. To date, NGOs have largely ignored investors, perhaps unwilling to dilute their focus upon governments.

But that is a false dichotomy: we should be pressuring nations and investors alike. A challenge of this scale needs a multi-faceted, systemic approach with imaginative thinking. The focus upon initial priorities – pricing of vaccines, patents and direct aid – has been totally understandable, and all remain supremely important. But to rise to the challenge of the next 12-18 months, we need licensing on an unprecedented scale, so that vaccine manufacture can be ramped up regionally and at speed.

There are already signs of change: the recent Amnesty report A Double Dose of Inequality has a welcome chapter on investors. The NGOs that Tortoise members are likely to support – including ActionAid, Amnesty, Christian Aid, Human Rights Watch, MSF, Oxfam, One Campaign, People’s Vaccine campaign, Save the Children and so on – should:

The final strategic imperative – to mobilise the opinion of investment employees – could be of the greatest importance, as we have seen in the the sector’s approach to climate crisis and the response to #MeToo and #BlackLivesMatter activism. The investment industry has many staff with roots to Africa, Asia and Latin America. But whether they and their allies act is likely to depend on what NGOs do and the media coverage they get.

As Tortoise has itself recognised in its campaigning, after the disappointment of the Biden summit, “it is more evident than ever that scrutiny of national governments, NGOs, and pharmaceutical companies, and of their performance in the great race to share doses, is going to have to be carried out by independent organisations.”

This is indeed our mission. Just as people in many countries have had to collaborate during this pandemic to achieve the most basic health outcomes; and health professionals have been driven to act together and speak up, so the coalition that Tortoise has helped to build can be an important force to confront this challenge.

What should never be forgotten is the power of investors. A learning curve lies ahead for NGOs and investors alike. But advancing quickly up this curve quickly is entirely possible – and could have huge “real world returns”, saving many lives and livelihoods as a consequence.

Lieve Fransen is a Belgian doctor who coordinated the European Commission’s global HIV policies in the 1990s and was involved in the creation of the Global Fund for AIDS, Malaria and TB.

Raj Thamotheram is a pioneer in long-term, sustainable investing and was a co-founder of the Pharma Shareowners Group (a group of investors who focused on the HIV crisis) and Pharma Futures (a dialogue between investors & senior pharma execs about a sustainable business model). 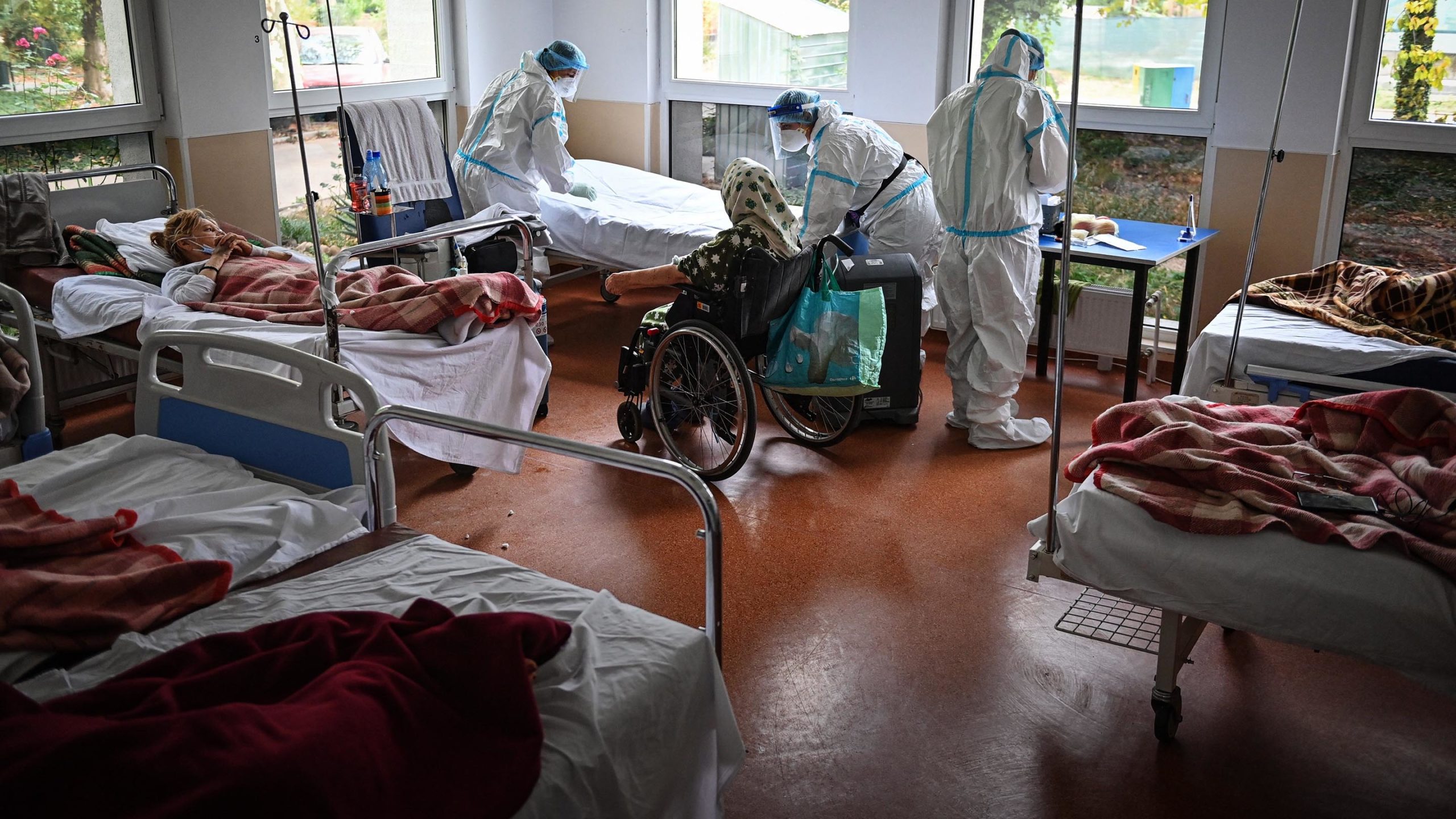