This report contains descriptions of torture, rape and execution.

In the capital of Iran there is a prison. Built among the sycamore trees at the foot of the city’s northern mountains, it is the modern Iranian state’s dark heart: a place where – for decades – the regime has flexed its oppressive muscle, incarcerating tens of thousands of people for an ever-expanding list of crimes.

The vast complex of cellblocks in the capital Tehran is proxy for the modern state: powerful and paranoid, factional and unpredictable, calculating and transactional, brutal and unaccountable.

Throughout the week we’ll be publishing our audio investigation, the searing testimonies of former prisoners, illustrations depicting life inside its concrete walls, and an interactive map of the sprawling facility. In investigating the dark prison in the heart of Tehran, we set out to open a door to Iran itself. Basia Cummings, editor

But Evin is more than a place of brutality. It is key to understanding a country that seems so dauntingly complicated in the sophistication of its people and the richness of its culture, the incoherence of its institutions, the uneven absolutism of its theocracy, the shifting intrigue of its politics and the danger it poses to its own people and the world.

We have spent months investigating what happens inside its concrete walls. We have interviewed former detainees and experts to understand how it is that a prison came to be a mirror image of a complex and secretive state.

It is a story of darkness and desperation, but also one of unstoppable optimism and of hope. 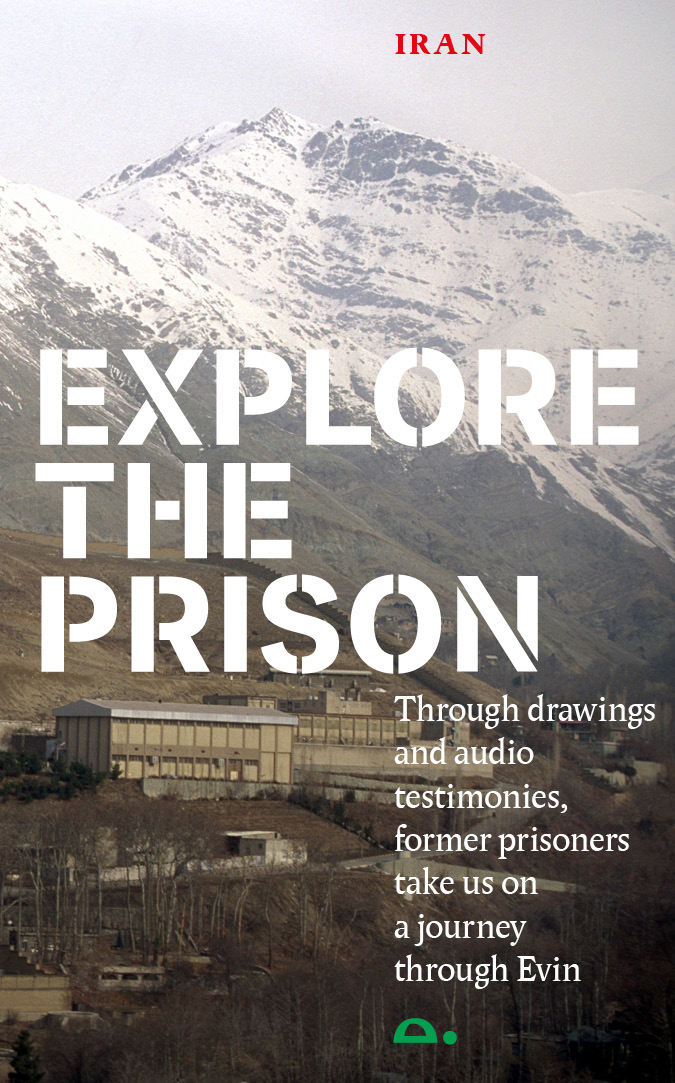