What are the economics of greening energy?

in partnership with bp 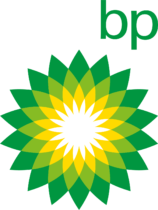 Significant investment is required to fund the energy transition. Global investment in energy is set to rebound by nearly 10% in 2021 to US$1.9 trillion, reversing most of 2020â€™s drop caused by the COVID-19 pandemic. However, spending on a clean energy transition needs to accelerate much more rapidly to meet climate goals, according to a new report from the IEA.

So what is the financial cost and the macro-economic impact of a successful transition? What does this mean for greening industries and their shareholders? What kind of support is required from investors and government â€“ and what kind should they expect?

The most recent IPCC report did not mince words: â€śIt is unequivocal that human influence has warmed the atmosphere, ocean and land.â€ť We know, without doubt, that humanityâ€™s habit for carbon-intensive fuel must be broken. We know that whole industries and economies must be radically transformed. What is less certain, is what we â€“ citizens, companies, investors, governments â€“ are willing to pay to make that happen.

Greening companies â€“ defined by William Zimmern of bp as any high-carbon company that has the ambition and a credible plan to be low-carbon â€“ say they are linchpins in achieving Net Zero. True enough, 70 per cent of greenhouse gas emissions come from energy consumption in three sectors: industry, transport and energy. The International Energy Agency puts the cost of transitioning these industries at trillions of dollars per year. The numbers are daunting, but after an hour spent discussing the challenge at our ThinkIn, the general feeling among attendees was one of radical optimism.

Spend now to save later. As Robert Gross, professor of energy policy at Imperial, highlighted early on, a successful transition is going to require huge upfront costs. This is becauseÂ

2. While renewable â€śfuelâ€ť comes free in the form of wind and sunshine, the shopping list of physical kit you need to harness that fuel is comparatively expensive. With oil and gas, the cost of infrastructure has, for the most part, already been sunk.

3. World population and per capita energy consumption are rising, leading to an inevitable strain on total energy supply. Scaling renewables fast reduces the risk of not having enough to go around.

The upshot: our energy supply will become cheaper in the long run. As several guests pointed out, there is abundant human capital playing their part in the transition; clever, passionate people who are keen to get the ball rolling. This summer of extreme weather has made environmentalists of us all. Weâ€™re up for it. The next question: are governments up for it too?

The consensus was that both are lacking from government. Unless a greater effort is made to get public and private sectors working together, investors will remain coy. The pinch points:

Scale. Jade Pallister, an account manager with PLMRâ€™s energy and sustainability practice, shared an example from one of her clients. To decarbonise aviation, the UK government has pledged ÂŁ15 million for waste-to-jet-fuel plants. Pallister told us her client pays that amount in EU carbon taxes every year. Government investment needs to be more than seed money.

Pricing carbon. High-tech, high-investment and potentially high-risk solutions like hydrogen will only get off the ground if the government puts a high enough price on carbon. On this, William Zimmern, lead author of bpâ€™s Energy Outlook, was crystal clear: â€śAt the moment the carbon price is not high enoughâ€¦ we think we need a carbon price of $100 per ton by 2030 and maybe more than $200 by 2050 in order to achieve climate goals.â€ť

Regulation. The regulatory coherence needed for markets to invest isnâ€™t happening. David Claydon, a Tortoise member and financial advisor at St Jamesâ€™s Place, urged clarification from central banks and organisations like the TCFD on what counts as a green investment. The G20 meeting earlier this year ought to have been the moment that global agreements on green finance were inked. They werenâ€™t. Now itâ€™s another line on the Cop 26 to-do list.

The investment required to green energy, on a global scale, is colossal. But if businesses and politicians are able to break the tragedy of 5-year horizons, a whole planet of financial opportunities awaits. At this stage, short-term local responses to a global and long-term problem simply wonâ€™t cut it. The ball is now in the politiciansâ€™ court.

Thanks for joining us. Our next Net Zero ThinkIn is on Tuesday 21 September, when weâ€™ll be in conversation with Katherine Ainley, CEO of Ericsson UK & Ireland.