in partnership with Polestar 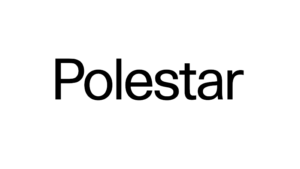 This ThinkIn was part of Tortoise’s Accelerating Net Zero coalition. Visit the homepage to find out more and join us.

The UK’s ban on new sales of internal combustion engines is fast approaching, prompting a surge in electric car sales and innovation. But when 2030 does arrive, it’s estimated that up to 46 per cent of all cars on UK roads will still be running on petrol and diesel. In this ThinkIn we asked: are current measures really enough or do we need a quicker ban on sales of fossil fuel cars? Are consumers being equipped with the knowledge to make informed decisions? And in all the noise about electric cars and their role in solving the climate emergency, where should we look for both urgency and clarity?

The picture now. The conversation took place on transport day at Cop26, when, among other pledges, some vehicle manufacturers committed to selling only zero emission vehicles in leading markets by 2035 and globally by 2040 (or earlier). Neither Polestar nor Volkswagen, who had representatives on the panel, signed up. The former because they are a purely electric company, although their founder, Volvo Cars, did sign. Ralf Pfitzner of Volkswagen said that the 2040 deadline isn’t difficult – it’s the 2035 bit that’s challenging. Volkswagen is fully committed to an electric transformation but as a global player with 40 per cent of markets in China, the pace of transformation will be different in different locations. If the government of China signed the declaration it would be helpful.

Supply chains. Electric vehicles solve some problems but they do create new ones. All of the materials going into a car – any car – come with environmental and ethical problems. All manufacturers need to have strategies for responsible sourcing and work on increasing the standards along the supply chain, from top to bottom.

Will people buy them? Out of almost 80 million cars sold globally in 2019 – so, pre-pandemic – only around 2 million were electric vehicles. Mike Hawes pointed out that the picture is improving: last year in Newcastle 1 in 10 cars was plugged in. This year, it’s 1 in 7. One of the biggest barriers for consumers is still affordability – the overwhelming majority of electric vehicle owners also have their own driveway, which also makes charging at home easier. And we’re not yet at the stage where the overall cost of ownership outweighs price in the UK for consumers, although it’s getting closer for businesses. The other barrier is demand, and we need to consider incentives for purchase following the moden of Norway.

Infrastructure. Electric vehicles need charging points, and accelerating the rollout of charging infrastructure will be critical. (Although it’s good to know that the batteries are improving and the next generation of electric vehicles will have longer ranges.) As well as pushing for greater consumer take-up of electric vehicles, we need to make sure there’s a parallel and commensurate investment requirement, said Mike Hawes, seed funded by both the government and private sector. The reliability of the existing system isn’t good enough – 1 in 10 charger points doesn’t work (in the Netherlands it’s 1 in 100) – and that will get worse if the demand for vehicles outstrips the infrastructure to support them.

Electric cars are not a solution by themselves. Rachel Revesz argued that there’s a risk of becoming too focused on cars. She echoed points made by other attendees in the chat – and the ThinkIn title itself – that as well as the push towards an electric future, we should consider reducing our reliance on cars in general. It’s in part a question of urban planning, and good, accessible and cheap public transport will help reduce the demand for cars in big cities across the country. Replacing the existing number of fossil fuel cars with electric vehicles won’t work, neither will a “make more stuff, build more stuff” approach towards infrastructure and technology. There has to be a complete overhaul of our attitude towards transport.

Corporate responsibility. The conversation in the chat asked some tough questions about the role played by car manufacturers (electric or otherwise) pushing their own agendas and encouraging consumers to buy vehicles. We need to stop suggesting that only one of either consumers or manufacturers needs to enact change, said Fredrika Klarén: “the fact is we all have to change the way we behave and think about things”, from policymakers to consumers to manufacturers. Setting an end date for stopping the sale of fossil fuel cars is the type of commitment that would be a clear signal that manufacturers are taking this seriously.