Already a member?
Log in to book your place

in partnership with the ANZ Coalition 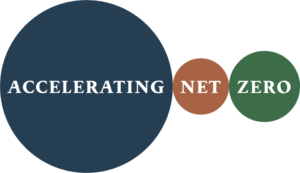 The Tortoise Climate Summit: Is a fair transition faster?

Join us and have your say at the second Climate Summit. We are focused on solutions and want to hear from as many voices as possible.

WeŌĆÖll be running six sessions over the course of the summit. Your ticket gives you access to the whole day, but just like an in-person conference you can dip in and out. Click the button below to register.┬Ā

Book your place
About
Sessions

In the final hours of Cop26, a commitment to ŌĆ£phase outŌĆØ coal became a commitment only to ŌĆ£phase downŌĆØ. India and China objected to the categorical language, and so watered down the ambition. Why? Most developing countries rely on coal and donŌĆÖt, unlike developed countries, have as much renewable capacity or the option to burn oil and gas instead. Not all countries could move at the same pace. The proposal wasnŌĆÖt equitable.

What does this tell us? We have to accelerate the race to net zero. But if we donŌĆÖt bring everyone along, thereŌĆÖs a chance we wonŌĆÖt get to the goal of net zero at all. In this Tortoise Climate Summit, we want to test the idea that the transition will only be fast if it is also fair.

Tortoise is building a different kind of newsroom. WeŌĆÖre opening up journalism and giving everyone a seat at the table. The ThinkIn is the heart of what we do. ItŌĆÖs a forum for civilised disagreement where our members take part in live, unscripted conversations that shape the way we report the world.

Tortoise editors will welcome guests and present the plan for the day. We want to test the idea that the transition will only be fast if it is also fair.

Can we fight climate change in the courtroom?┬Ā

For more than two decades prosecutors have repackaged the same legal arguments against fossil fuel producers. They say such companies are not moving fast enough. But the results in court have been mixed. Is the law really an effective tool to force companies to move faster and drive up countriesŌĆÖ emissions targets? Or is it all for show?

Can farmers fix the climate crisis?┬Ā

If this small, archipelago nation is to hit net zero, the government must make radical choices about how the UKŌĆÖs finite landmass is used for food, carbon sequestration, and nature. It canŌĆÖt keep propping up livestock farms which arenŌĆÖt economically viable, donŌĆÖt contribute many calories to the nation, have low biodiversity and sequester little carbon. But politically, it canŌĆÖt abandon them either. Can fair incentives for farmers help put the land on track to net zero?

Climate damage: who pays the bill?

Less developed countries are demanding compensation for the loss and damage they suffer as a result of the climate change developed nations have created. So far, developed nations havenŌĆÖt delivered that money. In this session, we will examine why doing so could bring LDCs to the table on mitigation measures.

Is fixing West Virginia the secret to fighting climate change?

The US canŌĆÖt ask other countries to move faster if it isnŌĆÖt moving fast itself. But US climate policy is being held up by the fears of post-industrial communities that theyŌĆÖll lose their livelihoods in the transition. In this session weŌĆÖll examine whether measures to reassure US workers of their role in the green economy could put the worldŌĆÖs largest economy on track to net zero.

Should we stop flying?

Aviation has never been equitable. Just 1 per cent of people cause half of global aviation emissions. And while flying accounts for a relatively small percentage of global emissions ŌĆō 3.5 per cent when CO2 and non-CO2 impacts are taken into account ŌĆō it is really hard to decarbonise. In this session, we will test the idea that to go faster on aviation, we canŌĆÖt rely on unproven tech. We have to make it more equitable. And in this case, that means driving down demand among the worldŌĆÖs wealthy. They must believe it is fair that they fly less.

In partnership with the Accelerating Net Zero Coalition

If you are interested in joining the┬ĀAccelerating Net Zero Coalition┬Āplease┬Āget in touch┬Āto find out more..

Professor and director, Center for Energy and Sustainable Development, WVU College of Law

Democratic member of the West Virginia House of Delegates

Cities are leading the way on climate change

We were promised jetpacks