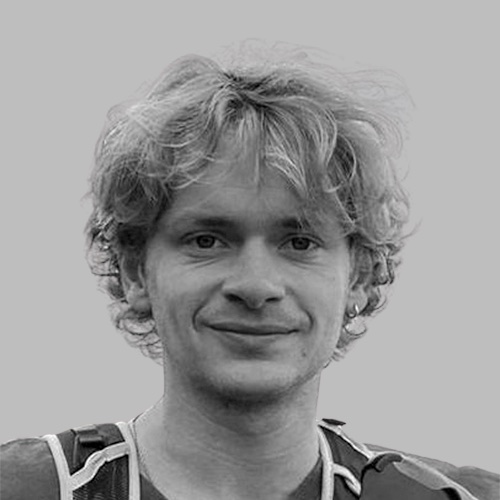 The case of a couple accused of attempting to launder $4.5 billion worth of bitcoin teaches us a lot about cryptocurrency and its place in the economy.

ŌĆ£Never forget, weirdest mostest originalŌĆ” this song is for the entrepreneurs and hackers, all the misfits and smart slackers. RazzlekhanŌĆ”ŌĆØ

ŌĆ£IŌĆÖm going to tell you my secret for making dreams a reality. I started my company when I was 23 and grew it into a multi-million dollar business with zero outside funding. I had no connections, I didnŌĆÖt go to an Ivy League School and I wasnŌĆÖt trust fund. How did I do it?ŌĆØ

Heather Morgan is married to Ilya Lichtenstein who is known as Dutch.

They live together in New York with their Bengal Cat Clarissa, who they clearly adore.

ŌĆ£I thought it would be more like having like a little Aibo robot dog, or maybe like a Tickle Me ElmoŌĆ” they have so much personality and you can have such a nuanced and complex relationship with themŌĆ”ŌĆØ

They do mundane things, like travel, watch TV, go to work, play with their cat and produce online content.

But in one key way they differ from your average modern couple. They have recently been arrested and charged for attempting to launder nearly $5 billion worth of bitcoin.

An arrest which marks the US Department of JusticeŌĆÖs largest ever financial seizure.

So how did they get in this position? What does it mean? And what can their case teach us about the murky and complicated world of Bitcoin and cryptocurrency.

ŌĆ£US authorities have seized more than $4.6 billion worth of bitcoin, in what is being called the largest financial seizure in history folks. They arrested a New York couple and charged them with money laundering and other crimesŌĆ”ŌĆØ

Back in 2016, Bitfinex, a Hong-Kong based virtual currency exchange, was hacked. Nearly 120,000 bitcoin was stolen.

As the value of this stolen bitcoin has risen over the years ŌĆō from $71 million to nearly $5 billion, this heist has become notorious.

ŌĆ£The Hong Kong based Bitfinex exchange has revealed it was victim to a hacking attack in which nearly 120,000 bitcoins of customer funds were stolenŌĆ”ŌĆØ

Then in early February of this year, the Department of Justice allegedly found all that stolen bitcoin in a complex network of cryptocurrency wallets owned by Heather Morgan and Illya Lichtenstein.

The Department of Justice accused the couple of employing numerous money laundering techniques but made no mention of their involvement in the actual theft. She has been bailed, he is still in custody.

A 20-page court filing lays out the allegations against them.

Heather Morgan and her husband went to great lengths to cover their tracks. In thousands of small transactions they are said to have moved the funds into a collection of different accounts with fake identities.

The bitcoin was transferred into a dark web platform called AlphaBay and then back into wallets and exchanges in order to break up the fund flow, the Department of Justice says.

And then they allegedly did whatŌĆÖs called chain hopping, which involves converting the bitcoin into other cryptocurrencies ŌĆō further covering their tracks.

The court filing goes into incredible detail on the highly complex techniques Ilya Lichtenstein and Heather Morgan are said to have used.

But in the end, they are still facing criminal charges.

The wider question is this: how will this case impact BitcoinŌĆÖs future?

First, this story brings the original hack of Bitfinex back into the spotlight.

We spoke to Thom Espach, a software engineer from ethical hacking company JUMPSEC, and he explained how the case highlights issues of inadequate legislation covering cryptocurrency exchanges.

ŌĆ£So you normally have the centralised exchanges which are like your Binance, crypto.com and KrakenŌĆ” and all of those almost operate as a bank and so you need to give your identity and all of this stuff to the exchange in order to set up an account and start buying and exchanging crypto and so I would generally consider them to have to conform to the same security requirements as a bank should but a lot of the time they donŌĆÖt actually follow the same criteria because they donŌĆÖt want to be categorised as a bank a lot of the timeŌĆ”ŌĆØ

And the Bitfinex hack was no anomaly.

Statistics sourced from freedom of information requests made to a range of international crime reporting centres ŌĆō including Action Fraud UK ŌĆō show a 40 per cent increase from 2020 to 2021 in incidents of hacks and fraud on Crypto exchange platforms.

If advocates of Bitcoin want it to be treated like mainstream currency, then the platforms through which individuals buy and trade it will need to be better regulated.

But on the flip side, as the story of Razzlekhan and Dutch shows, there has also been an equally significant development in the DoJŌĆÖs ability to trace and seize cryptocurrency from alleged criminals.

2021 saw the IRSŌĆÖs criminal investigation branch make cumulative seizures of over $3.5 billion worth of cryptocurrency ŌĆō with 2022 set to safely beat that figure.

At the same time LondonŌĆÖs Met Police made the largest UK seizure of cryptocurrency, taking ┬Ż180 million from a suspected launderer.

It seems that governments so often left behind by technology are beginning to catch up.

Spiking: An injection of fear

The ŌĆ£epidemicŌĆØ of spiking with needles in clubs and at parties in autumn 2021 revealed something important about womenŌĆÖs lives in Britain. But it wasnŌĆÖt what we thought