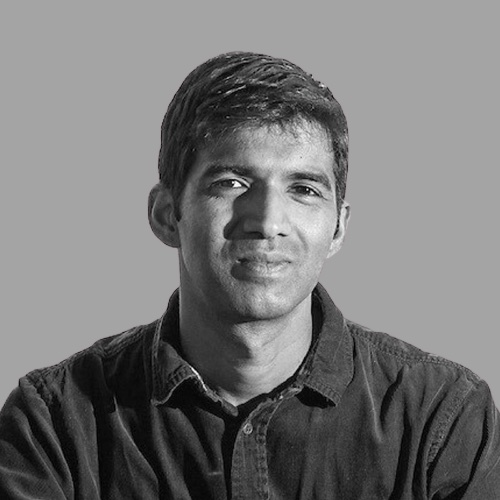 The UN climate talks ended without progress on cutting fossil fuels, so what happens next?

â€śTwo weeks of tense talks and it came down to this.â€ť

COP president: Â â€śI hear no objections. It is so decided.â€ť

The UN climate talks in Sharm El-Sheikh are over.

And so, if weâ€™re being honest, are the chances of limiting a global temperature rise to a level that keeps large parts of the world comfortable for people to live in.

You can really hear the frustration in Alok Sharmaâ€™s voice, who was president of COP26 in Glasgow.

We need deep and immediate cuts in carbon dioxide emissions if weâ€™re going to avoid a catastrophic outcome for millions of people worldwide. But the talks in Egypt didnâ€™t reach an agreement on the phasing out of all fossil fuels.

Perhaps that shouldnâ€™t be a surprise. The war in Ukraine has pushed energy security back into the spotlight. Hundreds of oil and gas lobbyists came to Cop27 to defend their industry.

Hereâ€™s Beau Oâ€™Sullivan of the Sunrise Project, a global network of NGOs:

â€śWhy have we seen commitments watered down at COP? Why havenâ€™t we seen the level of ambition that the whole world is telling political leaders that we need to see? Short answer is the power of the fossil fuel lobby which we know has turned up and has these institutions and politicians in their pockets.â€ť

So what happens next?

One reason to be hopeful is that the technology is shifting quickly, and renewable energy is often a cheaper option.

Sugandha Srivastav is a researcher in environmental economics at the Oxford Martin School.

â€śWhat weâ€™re already seeing is that a lot of investor groups and firms are organically moving away from coal and thatâ€™s simply being driven by the economics of it. Weâ€™re seeing that in many parts of the world. Generation from coal-fired power plants is more expensive than generation from solar and wind and even in countries like India youâ€™re seeing this interesting phenomenon where long-term contracts that lock in coal are being prematurely broken to accommodate new and cheaper renewable energy.â€ť

The courts could also be the place where climate change is reckoned with. Last year, a Dutch court ordered Shell to increase its emissions cuts. The case could set a precedent for other companies.

But ultimately itâ€™s cooperation between governments that gives us the best chance of tackling the problem. And the fact countries canâ€™t agree on cutting emissions means we are heading for a much hotter and more chaotic world.

â€śWeâ€™re seeing unprecedented flooding in Pakistan, drought in Somalia, wildfires in Australia and weâ€™re starting to see the impacts of that in the UK as well. And from a UK point of view weâ€™ve had, last couple of years, record rainfall, record flooding, temperatures of over 40 degrees this year which weâ€™ve never seen before and we just really are not prepared in the UK for the impacts of climate change. We donâ€™t have a robust strategy for adaptation. We donâ€™t have the right levels of funding and investment we need. Weâ€™re already seeing a strain on our infrastructure.â€ť

When politics hits a roadblock, itâ€™s tempting to think that individual action can help. But it doesnâ€™t work in isolation.

â€śIf a group of people cuts down on their flying and flight prices drop it could very well be that another group decides to fly more because they see lower prices. So really with individual action you need that wide-scale coordination.â€ť

Coming together as a group helps motivate politicians to take action. From Australia to Brazil, weâ€™ve seen breakthroughs for climate-conscious politics at the ballot box over the past year.

â€śA local politicianâ€™s incentive to strengthen climate policy is based on their constituency, who votes for themâ€¦ and if they see the size of green businesses and climate conscious citizens is growing, then theyâ€™ll have a larger incentive to push through policies that support the climate agenda. The reason why I think thatâ€™s really important is the space between the Cops is where a lot of action happens and that action happens at the domestic level and it happens at the local level so we need to generate that buy-in so that by the tim the next Cop rolls around we actually have the internal drivers that force countries to be more ambitious.â€ť

Next yearâ€™s Cop climate talks take place in the United Arab Emirates, one of the worldâ€™s biggest oil exporters. We might have to look elsewhere for progress on fighting the climate crisis.

This episode was written by Tortoiseâ€™s climate editor Jeevan Vasagar and mixed by Rebecca Moore.