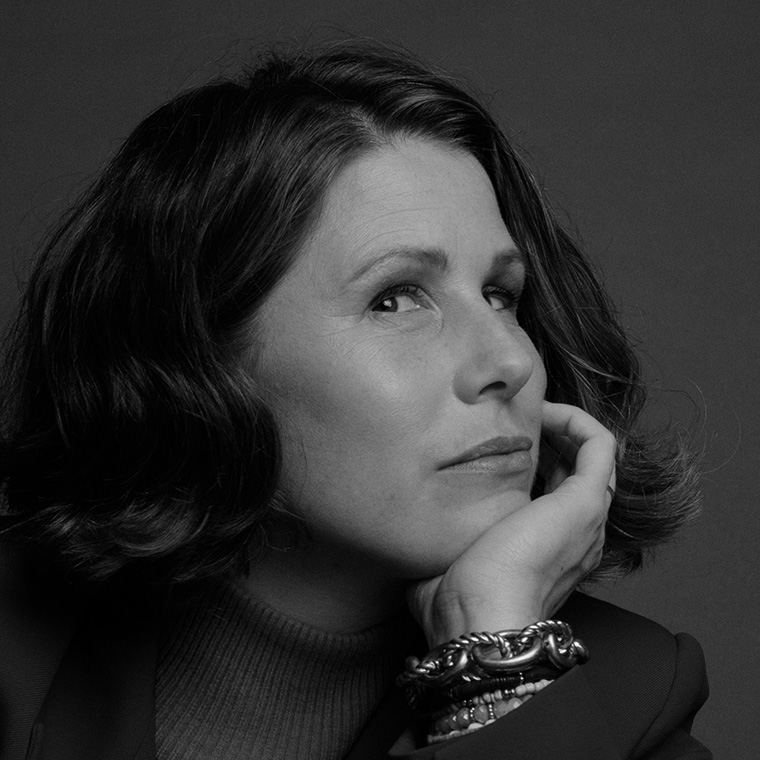 â€śâ€¦joining him to talk to us also is author and activist, Caroline Criado Perez. Her book, Invisible Women, argues that in general a data bias means that women are ignored in the world of research.â€ť

Iâ€™ve spent well over a decade campaigning for womenâ€™s rights.

My most recent book, Invisible Women, was about the gender data gap, and how the vast majority of data we collect â€“Â everything from medical data, to economic data, to urban planning data â€“Â has been collected mainly in men.Â

And this means that pretty much everything in the world, from the car you drive to the medical treatment you receive, has been designed for men.

I do this work because I believe in womenâ€™s rights.Â I want us to be as safe and as healthy, as men are. And I want us to have control over our choices, our lives and our bodies.

So in my Tortoise podcast, Visible Women, Iâ€™ve been looking for solutions to these problems

Last month women around the world were devastated by some news that came out of the United States.

â€ś50 years of a legally enshrined right to abortion has been brought to an end after the Supreme Court decided to overturn its landmark ruling made in 1973. It means that tens of millions of women across the US do not have their right to an abortion guaranteed by the constitution.â€ť

Letâ€™s be clear here: this decision will not result in fewer abortions.Â

In fact, data shows that, over an 8-year period, abortions declined by 43 per cent in coutries with generally legal abortion. In countries with severe restrictions on abortion, rates actually went up â€“ by 12 per cent.Â

What abortion bans do undeniably result in are maternal mortality and female incarceration.

â€śWe are one of the worldâ€™s wealthiest countries, but the reality is the US maternal mortality stats are egregious and have been increasing rather than decreasing over the past 30 years, which tells us this has become a systemic issue and itâ€™s something weâ€™re not paying enough attention toward.â€ť

The US already has the worst maternal mortality rate of any developed country. And this decision will undeniably killÂ even more American women.Â

â€śThe reality is we are now entering into a public health crisis and weâ€™re going to need our elected leaders at all levels of the government to do everything possible to address it.â€ť

Calling this a public health crisis isnâ€™t an overstatement, and itâ€™s not alarmism.Â

The US will see an increase in maternal mortality, both from desperate women â€“ and letâ€™s not forget, children â€“ who will seek unsafe abortions when legal ones are not available.

The same will be true for women who develop complications in their pregnancy but canâ€™t access the healthcare they need because anti-abortion laws mean doctors wonâ€™t treat them.

This is now the future facing women in America and any pregnant woman who happens to be visiting America if something goes wrong with her pregnancy.

And again, this is not an exaggeration. This literally just happened to an American woman called Andrea Prudente while she was on holiday in Malta. Here she is talking to Womanâ€™s Hour on Radio 4.

Emma Barnett: â€śBecause itâ€™s not legal for them to do so, with the way that their laws are regarding abortion.â€ť

Andrea Prudente: â€śSo long as there was a foetal heartbeat, they wouldnâ€™t intervene. It didnâ€™t matter that the baby could never survive, or that there was.. that it wasnâ€™t viable..â€ť

In her 16th week of pregnancy Andrea was told her baby had a â€śzero chance of survivalâ€ť after she was admitted to hospital with severe bleeding.Â

She was eventually treated in Spain, although the journey there could have killed her.Â

â€śThis was a wanted pregnancy. We planned for it. So there was that, but that kind of got, you know, all jumbled up with this sort of what felt like a fight for survival.â€ť

This was a woman who wanted her baby. But her baby was going to die.Â

And she needed treatment if she wasnâ€™t going to die too â€“ which is what happened to Savita Halappanavar in Ireland.

â€śSavita was admitted to Irelandâ€™s Galwayâ€™s University Hospital suffering back pain. She was 17 weeks pregnant, was miscarrying, and told sheâ€™d lose her baby. Seven days later, she was dead.â€ť

Savita Halappanavar was 31 years old when she died. Her baby was never born.

â€śJacqueline says she miscarried, but the state says it was an abortion. In El Salvador, thatâ€™s illegal. Since 1998, over 140 women have been incarcerated. Many say they were wrongfully convicted.â€ť

This is the other inevitable consequence of abortion bans â€“Â female incarceration. This includes jail time for miscarriages â€“Â women who have suffered a horrific loss, and then get imprisoned for years for something over which they had no control.Â

Again, this is not scare-mongering. This is simply what happens. In fact, itâ€™s already happening in the US, where thereâ€™s been a six-fold increase in women being imprisoned for miscarriages since 2006.Â

This problem is only going to get worse following the Supreme Court decision. As someone who has experienced the pain and the trauma of a miscarriage, this horrifies me.Â

The thought that on top of the grief and the fear Iâ€™m already experiencing, I would have to worry about explaining myself to the state, who might lock me up if they were unsatisfied with my answers? It is barbaric.

Andâ€¦ thereâ€™s a desperate irony at the heart of all this.Â

â€śOkay, this is pop quiz time. What percentage of working women in America do you think have no access to paid maternity leave? 88%.â€ť

â€ś88% of mothers will not get one minute of paid leave after they have a baby.â€ť

In addition to its shameful maternal mortality rate, the US is one of only six countries in the world without national paid leave. Access to childcare is practically non-existent.

So, hereâ€™s my message for anyone in America who has congratulated themselves for any part they played in this Supreme Court judgement: come back to us when youâ€™ve got serious about supporting the children who already exist in this world, and the women who care for them.Â

Until then, donâ€™t you dare call yourself pro life.

The right to make medical decisions about your own body is a fundamental human right now â€“ and itâ€™s one that has just been taken away from American women.Â

The overturning of Roe v Wade is a sobering reminder to women everywhere that we can never be complacent. Our hard-won rights are fragile and we must never take them for granted.

Todayâ€™s story was written by me, Caroline Criado Perez, and Patricia Clarke. It was mixed by Ella Hill.