In an exclusive interview, the MP for Burton and Uttoxeter describes rape and abuse in her marriage to former Tory minister Andrew Griffiths 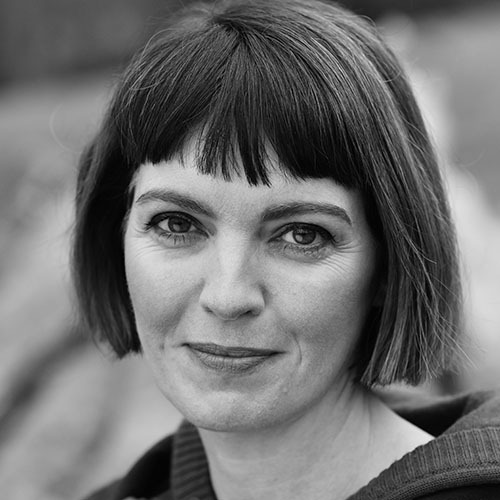 Kate Griffiths, MP for Burton and Uttoxeter, has described being “trapped” in an abusive marriage to former MP and minister Andrew Griffiths, in an exclusive interview with Tortoise Media.

In an interview for Tortoise’s weekly investigative podcast, the Slow Newscast, Kate Griffiths recalled how, “sometimes I’d wake up and he would have just started having sex with me. I’d have been asleep … sometimes I would grit my teeth and just think we’re married and other times I’d get upset … Sometimes he’d just carry on.”

Kate Griffiths won the right to speak out about findings of domestic abuse made in the Derby Family Court after she supported Tortoise Media and the Press Association’s year-long legal battle to publish the judgment. Due to the privacy of the family courts, the judgement would have automatically remained secret.

In November 2020, Her Honour Judge Williscroft made findings on the civil standard that Andrew Griffiths, an MP and government minister at the time had assaulted, coercively controlled and repeatedly raped his wife during their marriage.

In 2010, Andrew Griffiths had overturned a Labour majority to win Burton and Uttoxeter for the Conservatives; over the next two general elections he turned the constituency into a safe Tory seat. Appointed as a government whip in 2016, two years later he was made minister of state in the Department for Business, Energy and Industrial Strategy.

Coercion and threats were a part of their relationship from early on, Kate Griffiths explained, recalling that “he told me that I was frigid. I was a prude,” for resisting certain of his sexual demands. Andrew Griffiths’ approach to her resistance to sexual demands she felt uncomfortable with was to be “very persistent to the point of just completely wearing you down,” she remembered. “It was all about Andrew and what he wanted. Always.”

Just a week before Kate Griffiths gave birth in 2018, she recalled how Andrew Griffiths pushed her so that she fell onto a bed, breaking down into tears as she said, “it was the first indication for me that there was no regard for our baby.”

When she said she would go to the police about his assaults and coercive controlling behaviour, Andrew Griffiths told her that because of his position as an MP, she would not be believed. As a result, she said, she felt “trapped”.

Kate Griffiths admitted it “sounds crazy,” but said that she came to understand from her own experience the barriers to leaving a domestically abusive relationship. “You’re in love with this person. Even though you’ve seen the really unpleasant side of them… you always want to believe the excuse you’re given and the promise that it won’t happen again.”

In July 2018, Andrew Griffiths was exposed in the Sunday Mirror as having sent over 2,000 violent and degrading “sexts” via Facebook and WhatsApp to two of his female constituents. It resulted in his immediate resignation as a minister, though he clung onto his job as MP.

Remembering the day he informed her that the scandal was about to break, Kate Griffiths told of her “enormous sense of relief” that she had an escape route. “I knew I wasn’t going to be coming back. I knew I was taking my baby, getting out and leaving an abusive relationship.”

But leaving Andrew Griffiths did not mean the end of his abuse. Kate Griffiths told Tortoise that “he was sending me threatening messages, saying how I’d got to be seen to be standing by him, believing what he was saying about his mental health in order for him to save his job…And they were daily and they were many times a day….[saying] that if I didn’t support him, I would be homeless. I’d have no money. It would be the end of me… I would lose everything.”

When he failed to be reselected outright to stand again as parliamentary candidate for Burton, Kate Griffiths threw her hat into the ring. Campaigning on a domestic abuse platform, she won the seat in the 2019 general election and took over her ex-husband’s job.

Initially shaken at the prospect of the media asking to publish the fact finding judgment, Kate Griffiths said that after considerable reflection she had supported the application in order to bring more transparency to the family justice system for survivors of domestic abuse. “I’m no longer silenced by the courts. I can speak out,” she said. “Ultimately it gives me an even stronger platform now to be able to bring my personal experience to what I want to do to help other victims.”

Brian Farmer, a reporter for PA Media who worked in conjunction with Tortoise to make a public interest application, said: “The public must, in principle, have a right to know that a man who was an MP and minister has been found by a British judge in a British courtroom, to have raped someone.”

“If we can’t identify Andrew Griffiths, the legal system has protected him, and not his victim, and the abuser wins,” Farmer said. “And surely nobody who legislated for family court hearings to be held in private could have intended that.”

Kate Griffiths is still involved in a family court case brought by Andrew Griffiths over access to their child.

Last summer Kate Griffiths appealed against a judge’s order that she must pay half of the costs of professional supervision of her abuser’s contact with their child. Her arguments were heard in the High Court in October. She awaits the judgment.

Listen to the full interview in the Slow Newscast, available on Tortoise or on all podcast platforms.