Last week, the British government and the European Union both made significant statements on the future of Northern Ireland within Brexit Britain. We’ve analysed both to determine the negotiating positions 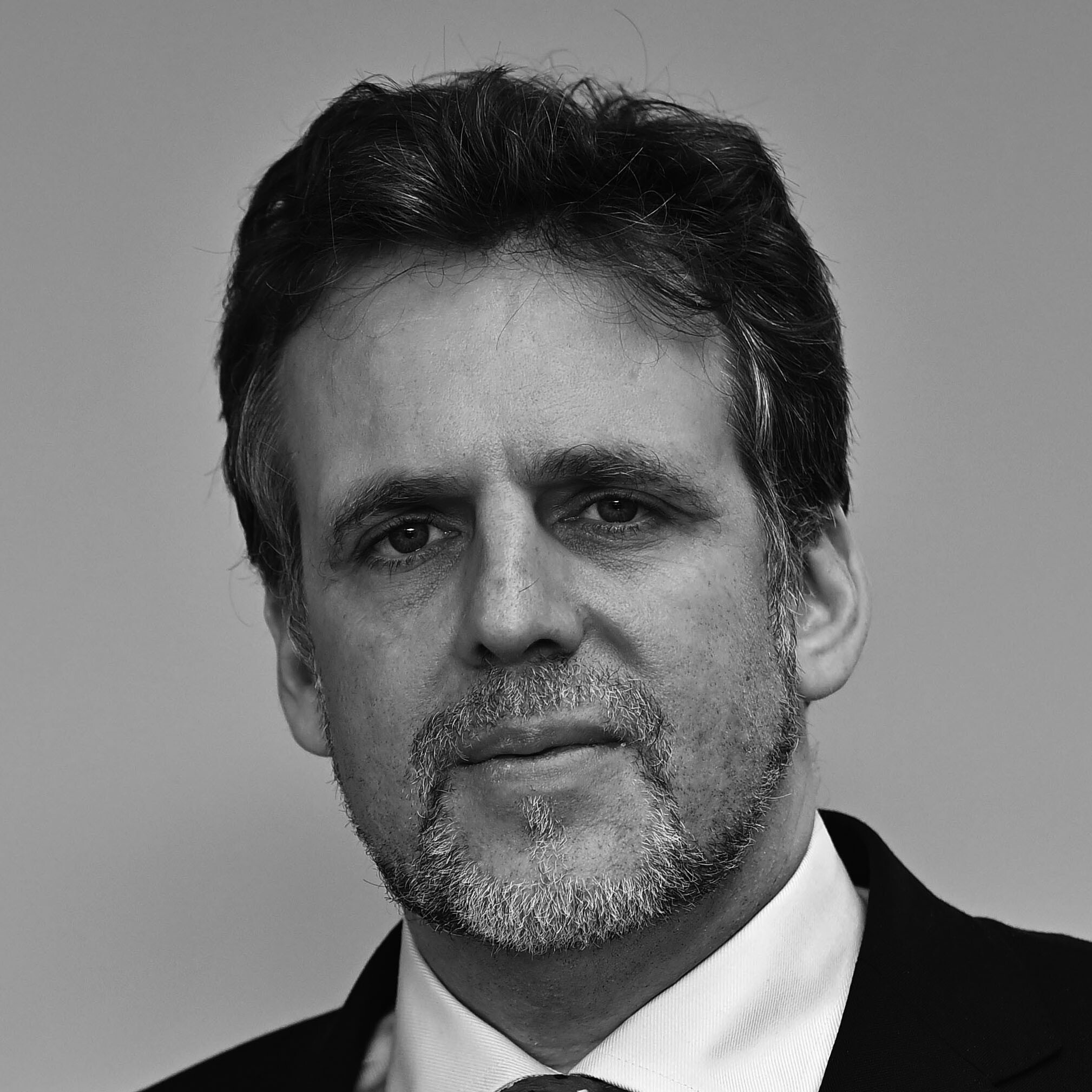 We’ve been talking about the Northern Ireland Protocol – the agreement between the UK and the European Union that prevents a hard border being created on the island of Ireland – for years now. Last week, the British government and the EU also decided to talk about it. Taken together, their two statements reveal a lot about where both sides are on the Protocol – and what they want from it in future.

It wasn’t until the end of Tuesday’s speech on the Protocol that Lord Frost, the UK’s Brexit minister, explicitly made his government’s latest ambitions clear:

Frost: “What we are proposing is arrangements where goods can move around the United Kingdom more or less freely, which is after all a fairly normal thing, that EU goods can nevertheless circulate in Northern Ireland, even though they wouldn’t normally meet UK standards …”

Under the Protocol, goods can no longer flow freely between Great Britain and Northern Ireland, but largely can in the other direction. This is something that, as Frost has made clear, the UK wants to change.

There are two ways to achieve London’s desired outcome. The first is that the Protocol stays legally in place, with EU regulations continuing to apply to goods in Northern Ireland and not to the rest of the UK, but is unenforced (or is monitored with a light touch). The second is that the Protocol is scrapped or rewritten. The government has already made clear, in a command paper published in July, its preference for a rewrite.

But Brussels and London are on very different pages. Maroš Šefčovič, the EU’s commissioner for Interinstitutional Relations, in what was effectively the EU’s response address on Wednesday, laid down a marker that the Protocol will not be significantly revised, let alone scrapped:

Šefčovič: “The EU has an unwavering commitment to the people of Northern Ireland – and for this reason, to the implementation of the Protocol, which brings about unique advantages of dual access to both the UK and EU markets. Ultimately, our number one priority remains to ensure that the hard-earned gains of the Good Friday Agreement – peace and stability – are protected…”

It’s worth noting Šefčovič’s citing of the Good Friday Agreement – or Belfast Agreement – as a reason for the Protocol’s retention. Struck in 1998 between the British and Irish governments, and most of Northern Ireland’s political parties, the Agreement established a devolved Northern Irish assembly where power would be shared between unionists and nationalists, and enabled Northern Ireland’s people to hold Irish citizenship if they wished.

The Agreement is increasingly being used as a means of advancing both the UK’s and the EU’s own separate interests. Frost also mentioned it in his speech, but as a reason for rewriting the Protocol:

Frost: “The key feature of the Belfast [Good Friday] Agreement is balance – between different communities and between their links with the rest of the UK and the Republic of Ireland. That balance is being shredded by the way this Protocol is working.”

While it’s been barely perceptible to people who do not follow Northern Ireland closely, the UK has begun to emphasise the Belfast Agreement in its totality – code for what unionists see as its central feature, keeping Northern Ireland in the UK so long as that constitutional status has consent within Northern Ireland – and that the 1998 deal enshrined a set of relations in Ireland, north-south as well as east-west, and that the Protocol wrecks the latter.

But where are Northern Ireland’s unionists on this? While nationalist Ireland has been emphasising the importance of the Agreement since the Brexit vote in June 2016, it’s taken unionists a while to do the same – after all, at the time of its signing in 1998, the Belfast Agreement was opposed by all of the DUP and by a large minority of the Ulster Unionist Party (UUP).

Yet despite this fractious history, the Agreement was much cited in a unionist display of solidarity at the recent Conservative Party conference in Manchester, with various unionist politicians, including the current DUP and UUP leaders, sharing a platform against the Protocol, with former UUP leader David Trimble pre-empting the Frost argument and accusing the Protocol of “hollowing out” the 1998 accord.

After citing Edmund Burke’s “politics should be adjusted, not to human reasonings, but to human nature”, Frost said something which reflected another emerging emphasis from London, away from its “commitment” to the Protocol, something it reaffirmed this year, and towards change, albeit within the existing parameters of the Protocol:

Frost: “[The command paper proposals] do not sweep away the Protocol. They work with the grain of it.”

Frost is saying that the UK is not acceding to unionist demands to scrap the Protocol, but by adding that London will “work with the grain” of the deal, he is stopping short of a commitment to its essence.

Frost: “…there is a widespread feeling in the UK that the EU did try to use Northern Ireland to encourage UK political forces to reverse the referendum result or at least to keep us closely aligned with the EU; and, moreover, that the Protocol represents a moment of EU overreach when the UK’s negotiating hand was tied, and therefore cannot reasonably last in its current form.”

Frost’s speech made clear that the UK’s negotiating strategy will now hinge on something that, London claims, has soured the Protocol from the start: that the act was agreed in extremis in 2019. As Daniel Hannan wrote on ConservativeHome this week: “There is no way that [Britain] would have agreed to the Protocol had not a majority of MPs been working with Brussels to sabotage Brexit. The Protocol was the product of the Benn Act.”

What about the ECJ?

Something that Šefčovič failed to mention in his speech was the role of the European Court of Justice (ECJ) over Northern Ireland – now a particular sore point for the UK. In his speech, Frost called for the end of the ECJ’s jurisdiction in Northern Ireland, instead suggesting a system of international arbitration to take its place:

Frost: “The role of the European Court of Justice and the EU institutions in Northern Ireland creates a situation where there appears to be no discretion about how provisions in the Protocol are implemented. The Commission’s decision to launch infraction proceedings against us earlier this year at the very first sign of disagreement shows why these arrangements are so hard to make work in practice.”

After being pressed by two journalists on the role of the ECJ in Northern Ireland, Šefčovič said:

Šefčovič: “… it is very clear that we cannot have access to the single market without the supervision of the [court]”.

It’s an issue that reflects the fundamentals of ongoing tension between the UK and EU, still unresolved after last week’s speeches. For London, it’s a question of changing the entire substance of the 2019 Brexit Withdrawal Agreement as it relates to Northern Ireland; Brussels is only prepared to change its outworkings.

The EU is listening

What’s clear is that, while many unionists in Northern Ireland feel that the Tories betrayed them in 2019 over the Protocol and are sceptical that the Tory Party will stand by them now, the hardening mood among Conservative legislators in London is real.

It seems that this shift in mood has been absorbed by the EU. For much of this year, Brussels was pointing out that the Protocol had not yet been implemented in full, due to various grace periods with regard to checks. It has since dropped such language, with Šefčovič even unveiling concessions:

Šefčovič: “… We have completely turned our rules upside down and inside out to find a solid solution to an outstanding challenge. That involves the EU changing its own rules on medicines. In practice, British wholesalers of medicines will be able to continue supplying Northern Ireland from their current location in Great Britain… This means, for instance, that Great Britain can continue acting as a hub for the supply of generic medicines for Northern Ireland, even though it is now a third country. We are ready to put forward a legislative proposal to this end.”

This was the only point in his speech where Mr Šefčovič conceded the sort of legislative change that unionists and the UK think is needed. Curiously, Frost did not mention medicines at all in his speech, presumably as it’s the issue on which the EU has long been expected to move.

Another concession outlined was a plan for simplified certification, suggesting that chilled meats, the import of which to Northern Ireland from the UK would have been fully banned had the Protocol been implemented in its original form, will only be barred in certain circumstances – not, for example, if the production in Great Britain complies with EU standards.

But Mr Šefčovič added this qualifier:

Šefčovič: “For all this to work in practice, however, the UK government needs to do its part – for example, by ensuring that permanent Border Control Posts are up and running, as agreed a long time ago”

On customs paperwork, Šefčovič also offered compromise with qualification, meaning that less information would be needed from Northern Ireland importers, slashing the administrative burden. But again, Šefčovič is calling for full UK co-operation on the outline of Protocol implementation before the EU agrees to reduce the paperwork, repeating its call since the start of this year for access to databases.

The concessions signify that Brussels is at least taking the UK’s grievances seriously, and while they, for the moment, don’t go far enough to meet Frost’s demands, they do signify that London’s hardline rhetoric has caused the EU to move. Above all, what’s clear from these two speeches is that even though we’ve left the EU, Brexit is far from done.

Ben Lowry is the editor of the Belfast News Letter.