After Covid and Brexit, even the biggest high street retailers could go under. If they’re to survive, then they need to fight smarter 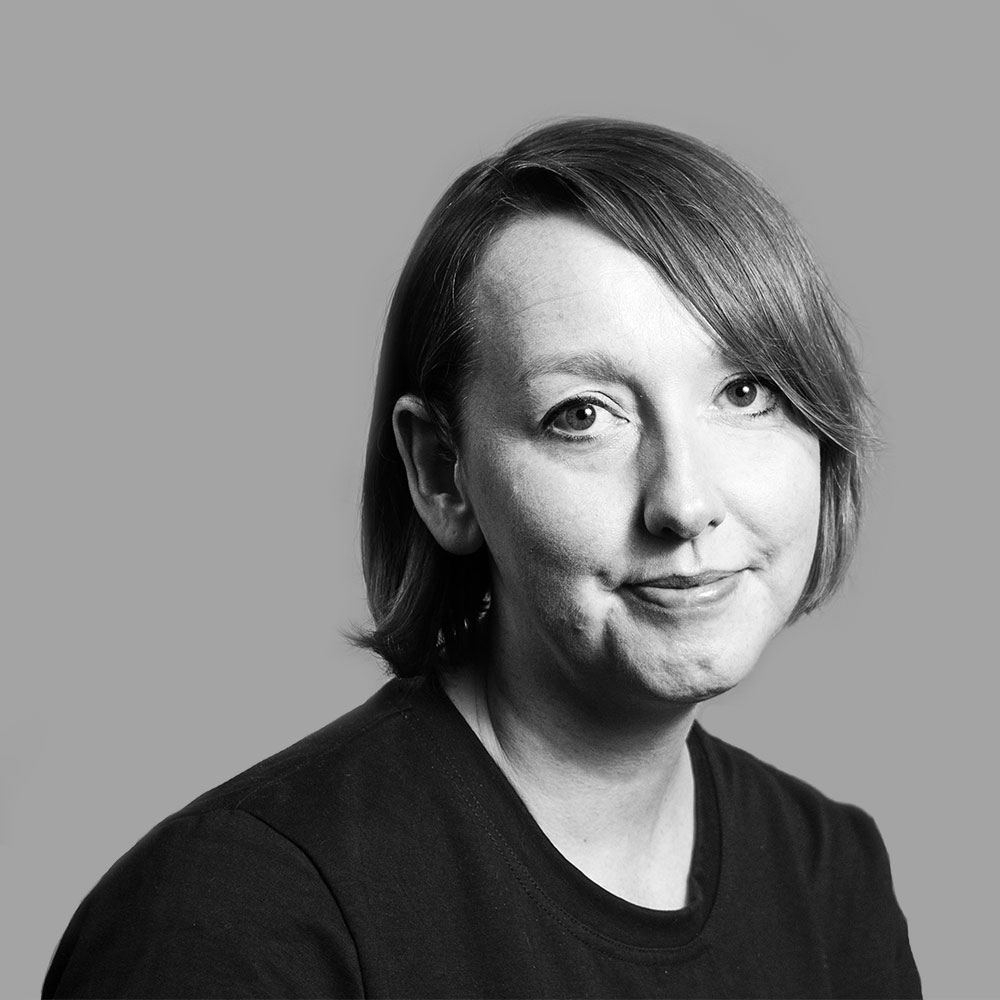 My Dad is convinced that “if they come, they’ll target Wharfedale first”. He’s reasoned that if “they” wipe out the Ilkley branch of Bettys, the tearoom, the spirit of the nation will be crushed and we will instantly surrender.

He is joking, but for the last ten years I have secretly felt the same way about John Lewis. When my son was born, the only place I felt calm was the baby department of John Lewis Brent Cross, where the nice assistant used to let me sit in the squashy nursing chair and have a little cry. I was so traumatised by that same son’s sixth birthday trip to “The Splash Zone” – a deafening, malodorous greenhouse teeming with verruca spores and other people’s shrieking children – that I made an emergency detour to John Lewis Milton Keynes on the way home, simply to breathe lime- and basil-scented air, stroke 400-thread-count Egyptian cotton linen and realign my middle-class chakras.

Recently I have bought a TV and some towels, two bedside lamps, a bed, some biscuits and a £2 lampshade ring from John Lewis. I know that none of this makes me interesting or cool or even especially unusual. In fact, I fear it makes me insufferable. But I have given up fighting my inner truth. I am what I am.

The deep bond of trust I have felt with John Lewis is why the events of the last fortnight are so disturbing. Kamikaze decision-making at the heart of this beloved brand is, surely, a portent of the end of days. To a loyal customer, John Lewis is increasingly looking a couple of hundred threads short of a full count.

It all started with the new bed. Because my partner and I are lazy, we paid the extra £40 to get our lovely, new John Lewis bed assembled in situ by the delivery people. Things didn’t start well when said delivery people managed to both patronise and embarrass us while, as it later transpired, incorrectly building the bed. At around 7am the following morning, the bed collapsed with my partner on it. We rang John Lewis customer services, certain that they’d come straight away and sort it out.

The man explained that, unfortunately, a replacement bed could not be found because it was now out of stock. He arranged instead for a team of specialist furniture assembly people to come and fix our broken bed.

A few days later, the specialist team arrived. They told us that the previous bunch should never have been asked to do assembly because “they’re just delivery guys, they don’t even work for John Lewis,” and that, “the bed is faulty so actually it wouldn’t have made a difference anyway”. They left the bed, still broken, in our flat.

We rang again. “We do struggle to book collections from very remote addresses,” we were told. Now, I know Manor House can be wild, but does Zone 2 really count as “remote”? It turns out that the broken bed cannot be collected because we bought it in Oxford but had it delivered to London. The computer, quite literally, says no. The poor woman in the customer services team was distraught. “It won’t let me help!”

We rang again, this time to the bed department at John Lewis Oxford Circus. Could they swap our broken bed for another. Maybe an ex-display bed? A bunk bed? We would take any bed at this point. But they don’t have any ex-display beds in Oxford Circus and, in something that sounded like desperation, suggested we try calling the Oxford shop. We rang the Oxford shop, but nobody answered. Maybe they had popped to the café. Or perhaps they were having a lie down. Among the display beds.

We have been scrupulously polite throughout this tortuous journey – because we are British and, anyway, it’s never the fault of the poor person who answers the phone is it? More than that, I genuinely have sympathy with what retailers are going through. Even without the tyrannical competition of Amazon, just keeping calm and carrying on must be hideous both institutionally and individually. The high street is Squid Game with carrier bags: a merciless bloody battle, wrought by the evil twins of Brexit and Covid, and the players are being snuffed out one by one.

John Lewis lost £517 million last year, before tax and including exceptionals, compared to a profit of £146 million the year before. The biggest chunk of this, as they clearly and patiently explain on their website, is due to a write down in the value of their shops. Now that even the most traditional and hesitant customers – arguably John Lewis’ key market – are au fait with buying personal and high-ticket items online, the relative value of John Lewis’ famous and still excellent in-store advice is fizzling out. It makes good sense, then, that the business is doubling down on its enviable brand trust to expand its financial services offering. In August, it launched its first range of investment products.

All of which makes last week’s hoohah over the latest TV advertisement for John Lewis home insurance doubly significant. The ad features a boy in a dress, dancing exuberantly around his beautifully furnished home to a Stevie Nicks soundtrack. In doing so, he makes what my Mum would have called “a right ruddy ruckus,” breaking and toppling everything, and smearing various unspeakables along the way. Some people love it, but the ad has upset feminists for its gender stereotyping, customer groups for possible false advertising, and the angry people on Twitter for succumbing to the lure of “wokery”. I’d add a different accusation to that list: it’s lazy. Back in 2015, the same agency made essentially the same advertisement for the same John Lewis product, starring a little girl dancing around her beautifully furnished house to Tiny Dancer by Elton John. (Crucially, the little girl didn’t break anything.)

John Lewis (and their advertising agency Adam&EveDDB who have made their TV ads for over a decade) are more used to winning industry plaudits than getting criticism for this sort of marketing. We could argue – and some have – that producing a “controversial” campaign to get people talking is all part of the strategy. Maybe so. But even in that case, it’s a miscalculation. Why poke the culture war hornet’s nest with a rehash of an old idea when the business picture is so bleak, and when staff – especially in the complaints department! – are already on their knees?

Because there’s another factor in all this. In a ThinkIn earlier this year, Lysa Hardy, chief marketing officer at Hotel Chocolat, whose online retail business expanded hugely in lockdown 2020, reported a marked increase of customer expectations, especially around home delivery, and that many businesses have invested in customer service and updated their processes to meet those expectations.

The implication of every dark green John Lewis package on the doorstep meaning even more to its recipient than ever is significant. It costs a lot to deliver a swift, polite, reliable service, even without the challenges of remote working and a lack of lorry drivers. For John Lewis especially, where the whole proposition is predicated on trust, it is even more expensive to get it wrong.

“Higher customer expectations” could be a soft way of saying “lower customer patience and higher aggression”. The Home Affairs Committee reported in June of “a shocking increase in the level of violence and abuse directed towards retail workers”. Data from the British Retail Consortium records the equivalent of one incident per minute in any typical shopping day through 2020. Some retailers have even had to lay on self-defence, de-escalation and mental resilience training for in-store staff. New emergency protocols have been introduced.

In that context, any material deterioration of John Lewis customer service would be even more serious. Public scrutiny on corporations’ commitment to keeping staff safe and to protect their mental health is – rightly – intense. Outsourcing critical “customer touchpoints” such as home delivery and funnelling customer-facing communications through digital channels rather than telephony may deliver cost efficiencies, but they can leave a trail of destruction in their wake that has real consequences for people on the ground. The frustration and exhaustion – not to mention embarrassment – of some of the people who’ve tried their level best to resolve my bed saga was palpable.

John Lewis needs all the goodwill it can get to secure its customers’ loyalty while it weathers these awful storms. But operational mistakes like these are costly. So too are creative mistakes, like the cultural misfire in the advert. It is not only the strength of its online business that is jeopardised if customers can no longer rely on John Lewis, literally, to deliver. The legitimacy of its financial services strategy will be threatened too, because when it comes to insurance and investment, trust really is everything. More than any other high street retailer, John Lewis must keep its promises to its customers and its staff. The latter are, after all, also the owners of the business.

This unseemly scrap for survival doesn’t suit John Lewis. I don’t want to believe that it has become, of all things, a thoughtless brand. As I enter my third week of sleeping on a mattress on the floor tonight, I am fervently hoping that it’s all just a bad dream.

Can we save the high street?