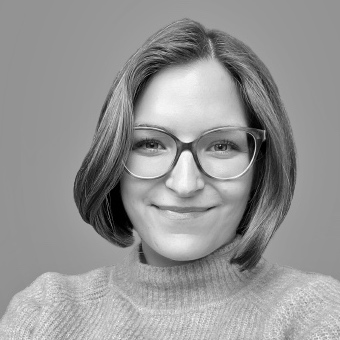 Today, Tortoise releases the 6th edition of the Responsibility100 Index, a ranking of the FTSE 100 companies on their commitment to key social, environmental and ethical objectives such as carbon emissions, gender equality and good business practices.

As the pandemic puts strain on companies’ bottom lines, the Index shines a light on companies that are moving backwards on issues like fair pay and environmental transparency.

Landsec, which owns 95 developments across the UK, including a mix of shopping centres and offices, has been moved down to 9th position following its decision to wheel back its commitment to ensuring all its contractors are paid the living wage.

While Landsec continues to pay direct employees the living wage, the contractors who help run and maintain its shopping centres, such as cleaning, security and other operational teams, have not all had their pay increased to the living wage rate for 2020-1, which is £10.85 per hour for London and £9.50 for the rest of the UK.

As a commercial landlord in the midst of the pandemic, Landsec has struggled to collect rent from its property portfolio, which includes the Lakeside Retail Park in West Thurrock and the Bluewater in Kent. The company says it is making use of the fact that the Living Wage Foundation, which accredits companies that fully commit to the living wage, has allowed companies to pause their accreditation during the pandemic. To be accredited, companies need to pay the living wage to both direct employees and contractors.

A spokesperson for Landsec said it took the decision due to the impact of the pandemic on the retail sector, and that the company will “continue to review [its] position and aim to return as a Living Wage Employer in due course.”

Another company that has been knocked down in our rankings is Tesco, which saw a 41-place drop, partly because it is no longer a signatory of the Prompt Payment Code, which requires companies to pay small businesses within 30 days. In a year that has seen demands on supermarkets increase, Tesco has also halted its reporting on key climate data such as its total volume of waste to landfill and the proportion of waste it recycles.

A spokesperson for Tesco said: “We have not changed our payment terms and no suppliers have been affected by our decision on the Prompt Payment Code (PPC). We’re committed to supporting our smallest suppliers, which is why we’ve recently made permanent the improved payment terms we introduced to help them through the pandemic.”

Overall, more than 100 data points that we collected last update are missing. These span key planet-related metrics including emissions intensity and waste recycling, as well as people-focused factors like employee satisfaction and staff training figures. The marketing giant DCC is an example – it stopped reporting on emissions intensity, that is the volume of emissions per unit of output.

Due to the scarcity of good data on corporate responsibility, our Index rewards companies for transparency. A key example is ITV, which re-entered the FTSE 100 this quarter, and has shot to second place thanks to thorough reporting across key climate and human-focused metrics. It is one of just two companies to disclose the number of LGBTQ+ staff in senior management. It is also the only FTSE 100 company to report on the number of its senior managers disclosed as disabled, at 11.6 per cent.

Other companies that have gone up include water services company Severn Trent, which has moved up 5 places to its new position at the top. Even though the company’s direct emissions have seen a slight increase, Severn Trent’s waste production nearly halved during the last reporting period. It also started reporting indirect emissions for the first time last year, and performs strongly across equality metrics, including a 0 per cent gender bonus gap.

The rankings were made using over 5,000 data points across more than 120 indicators from a broad selection of public sources, all of which are available to view free of charge via company profiles on Tortoise’s Responsibility100 website.

Together, the FTSE 100 employs 4.3 million people across more than 100 countries, so their policies relating to pay and equality in the workplace have enormous implications. Our data shows that just 43 companies are living wage employers, leaving 2.7 million FTSE 100 employees working for companies that have not committed to a minimum wage of £9.50 an hour.

Not all companies provide data on gender pay gaps, making it difficult to see the full picture on pay parity. 13 companies in the FTSE – despite being listed in the UK and having market capitalisations of over £4 billion – did not provide a figure at all for their pay gap. Companies are not mandated to publish this unless any individual UK-based subsidiary has over 250 employees. They do, however, get penalised in our Index for failing to do so.

On average across the FTSE 100, women are paid 16.5 percent less – a worse pay gap than average in the UK. Banks and finance companies tend to fall to the bottom of this list, with Segro representing the worst discrepancy at 49 per cent, HSBC coming a close second at 48 per cent, and St. James’s Place (42.3 per cent) and Schroders (42 per cent) following close behind.

On boards, our data shows that while women are becoming more visible, they are rarely being promoted to the most powerful positions. Women now make up four out of ten directors, but just nine FTSE companies have female CEOs. Our top two companies, Severn Trent and ITV, are both headed by women.

This said, there appears to be gradual progress on the amount of data being published around ethnicity. 26 companies report on the overall proportion of BAME employees, up by seven since last update, and 18, up by four, now report on representation among senior managers. Reporting of diversity pay gaps has increased from four to 11 companies.

While they are publishing more data, there is little sense that companies are serious about  improving diversity beyond gender. Just 13 companies have set any targets relating to ethnic diversity, and a mere two – ITV and BT Group – have set rigorous targets relating to disability. Meanwhile, ITV is the only FTSE to have set a target for better LGBTQ+ representation.

Despite pressure to reduce pollution, 22 companies, including Royal Mail and the grocery delivery brand Ocado, reported a rise in emissions. Packaging company DS Smith, which makes everything from KitKat display boxes to pallets, reported the biggest rise, creating an additional 688,000 tonnes of CO2 equivalent in the latest reported year.

The biggest emitters are, unsurprisingly, mostly mining and oil companies, with Royal Dutch Shell taking the top spot. With 1.4 billion tonnes of CO2 equivalent emitted in the latest reporting year, it represents four per cent of total FTSE emissions. Unilever, one of our Index leaders, is another big polluter – though its emissions have dropped by 29 per cent year-on-year. Still, it is one of the only non-extractive companies in the top 10 polluters, alongside National Grid.

While not strictly obliged by law, international standards such as the Greenhouse Gas Protocol recommend that companies also report on the emissions produced along their full supply chains, known as Scope 3 emissions. And yet, our data shows that 27 companies still do not do this, leaving us in the dark on the true extent of their environmental damage. The indirect emissions we do know about add up to 3.2 billion tonnes of CO2 equivalent – nearly ten times as much as their direct reported emissions.

Together, the FTSE 100 disclosed 345 million tonnes of CO2 equivalent in direct emissions. That’s more emissions than entire European countries, such as France or Spain. Still, this constitutes a substantial drop of 9 per cent since last year.

In explaining this drop, some companies explicitly pointed towards covid or its knock-on effects like fewer business trips. This prompts the question of whether companies are really acting to reduce emissions, or whether we’ll be seeing a new spike in emissions as restrictions ease.

Find out more about the Responsibility100 Index