The pandemic rocked an entire industry. But now people are returning to picturehouses that have plenty of fight left in them 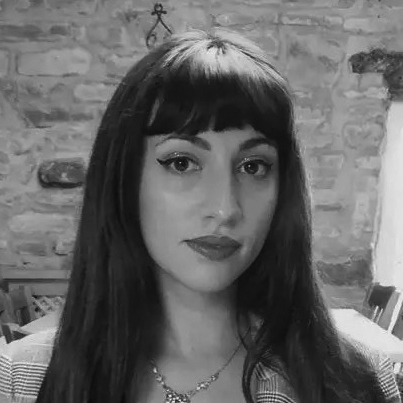 A year ago, down to the month, the world was still deep in the midst of the pandemic and British cinemas were facing dire circumstances. Two large chains, Picturehouse and Cineworld, cut their losses and closed completely until further notice, with many other cinemas shutting due to national lockdowns. The new James Bond film, No Time to Die, which had already been pushed back to November 2020 from its initial April release date, was pushed a second time. (In total, the release date would migrate a further two times before finally reaching us on 30 September 2021.)

Things looked bleak and, over the interminably long year since then, even the most diehard of cinema enthusiasts, pining for their buckets of popcorn, could be forgiven for feeling pessimistic. After all, there was pessimism in the air already. The past few years have been filled with chatter about the – not insubstantial – threat to cinemas from streaming services like Netflix and Disney+, as well as from the massive wellspring of modern distractions, such as gaming and social media. The studios played their part, too, by shrinking their theatrical exclusivity windows almost to zero. When the pandemic intervened, it felt like the final tightening of a noose that had been getting tighter for years.

Flashforward to now, a week since No Time to Die has been released. Cinema earnings have been slowly increasing, reaching almost pre-pandemic levels since the end of the summer. And into this improving – but still unsteady – environment steps Daniel Craig, making his final appearance as Bond. You’ve probably seen the slightly hyperbolic headlines that have accompanied his arrival: can No Time to Die save cinema as we know it? Which is to say, can the 007 franchise’s storied box office appeal put bums back on multiplex seats and protect the financial solvency of the struggling cinema exhibition sector?

As it turns out, No Time to Die surpassed the relatively high expectations for its box office performance. After opening in just shy of 800 cinemas in the UK and Ireland, the film earned just under £26 million between the Friday and Sunday of its opening weekend – the biggest UK opening weekend for any 007 film in history – making it a smash even before it premiered in the US, China, Russia, or France. Screen International box office editor Charles Gant believes that that £26 million figure will reach somewhere in the region of £70million, all told.

Certainly, it’s a good thing for the cinema sector that No Time to Die is doing so fantastically. But how true is it that Bond could save cinema? And why is everyone so desperate to tell us so?

Jason Wood, Creative Director of Film and Culture at HOME, an independent cinema and arts venue based in Manchester, says: “The success of the film is certainly very welcome. I do however think seeing it as make or break for cinema isn’t entirely accurate, and is an awful lot of pressure to put on a single title. A number of high-profile editorial pieces have run describing the film as deciding the future of physical cinema, but these have displayed a tenuous relationship to fact. Cinemas haven’t been in such a bad place. Pre-No Time To Die, other releases have met with success: The Green Knight, Summer of Soul, Shang-Chi and the Legend of the Ten Rings.”

As Wood says, juggernaut though Bond is, there is an almost impossible sense of expectation being laid at the feet of a single film. As ever, the truth is more complex. As the Guardian reported back in August, films like The Suicide Squad and Jungle Cruise were beginning to pull larger numbers of moviegoers back into cinemas, and large chains like Vue and Odeon were reporting their best numbers since before the pandemic began, suggesting that the slow return of the physical cinema experience has been a work-in-progress rather than another successful mission for James Bond.

Last month, Marvel’s Shang-Chi and the Legend of The Ten Rings had a wide cinema release and is now en route to becoming – next to No Time to Die and family film Peter Rabbit 2 – one of three films to hit the £20 million mark at the UK and Irish box office this year. And although it hasn’t yet been released in the UK yet (it will be on 15 October), Venom: There Will Be Carnage was a record-breaker in its opening weekend in the US, rounding out at $90 million.

And, it should be said, this return to pre-pandemic box office takings isn’t to be sniffed at. Despite the threat from streaming services, cinema revenues in the UK had remained reasonably steady up until the pandemic, even trending upwards in several years since 2000. And this is partially because of people who spend their time watching Netflix, rather than in spite of them. As Phil Clapp, the chief executive of the UK Cinema Association, recently revealed: “We have done an ongoing survey throughout the pandemic and it has shown that the most voracious consumers of streaming services are actually those who said they were most likely to return to see films on the big screen. The biggest consumers of home entertainment are also the most frequent moviegoers.”

The point being: as happy as many of us are to get Daniel Craig back on our screens, cinema was already showing plenty of signs of life – though there’s no need to be ungrateful for his help.

“It’s not so much that Bond is going to save cinema, but Bond has become emblematic of how Covid affected cinemas in the UK. It was one of the first big films to be withdrawn in 2020, and a certain rhetoric grew around ‘waiting for Bond’,” says Eleanor Thornley, a professional in the exhibition sector and employee of Nottingham’s Broadway Cinema, a leading independent film theatre.

It’s understandable, then, that people have responded to the new Bond with almost rapturous reviews (many in the five- and four-star region). There may be a certain emotional investment involved in losing No Time to Die at the start of the pandemic and getting it back this month, finally, as a symbol of hope that the worst is over.

Larger significance is baked into Bond not just because it’s a timely release but also because… it’s Bond. The Bond movies have always been “event” cinema, and high audience anticipation has always been matched by high box office returns: the films have brought in over £5 billion since their start in 1962 with Dr. No. Industry powerhouses such as Rank Film Company and Odeon Cinemas would likely have gone bust in the 1980s without a Bond boost every few years. The franchise has bounced from the years of Cold War paranoia (Connery) to Blairite optimism (Brosnan) to post-9/11 weariness (Craig). Bond is timeless, even in its most antiquated moments; and deathless, even when – well – you know.

So, naturally, there’s an attractive – even romantic – symbolism to the idea of Bond saving cinema. For the media, perhaps, there’s something poetic about No Time to Die becoming the great hero of British film: who and what could be a better herald for a renewed love for cinema-going in the pandemic age? Eleanor Thornley points out that this heady appeal is still a big factor in Bond’s enduring success. “In reality, a lot of people in the UK aren’t regular cinemagoers. But they do head out for big events like the new Bond. Many people won’t have gone to the cinema since March 2020 and will be doing so for the first time, for a long-anticipated film that is also the last outing for Daniel Craig.”

And yet the problem with “Bond saving cinema” is that it is an over-simplification, dulling the complexities of theatrical cinema releasing in our time. It unwittingly erases the hard work exhibitors do to keep cinemas – particularly independent ones – ticking over financially, including screening smaller and scrappier movies, not only multi-billion pound franchises. As Jason Wood says, “Film is an ecosystem. We need blockbusters. But we need cultural cinema, too. Looking ahead, there are a number of terrific films emerging over the coming weeks, including Dune and The French Dispatch. The success of No Time To Die will certainly be a benefit to audiences seeking these titles out, but I equally think we should be wary of being too dependent on a single title to act as a saviour for an entire artform and an entire industry.”

That artform and that industry, it shouldn’t be forgotten, contain multitudes. There is a lot more to this ecosystem, as Wood puts it, than the tentpole releases and Oscar-seekers. So while Bond might bring in the cash, we might wonder where that cash ends up. And as No Time To Die banners adorn the sides of buses, we might ask whether smaller movies will ever get that sort of attention.

It’s understandable to look at Bond’s incredible resilience as a character, an archetype and a film series, and want to draw parallels to the struggles the film industry has faced during Covid-19. The delayed gratification and palpable excitement around No Time to Die is bound to make an impression on those of us who have long missed entering the scented darkness of the picturehouse. But we don’t need Bond – at least not Bond alone – to save cinema. It’s putting up its own fights in lots of places.