The government is right to identify the “Britishness” of certain television shows – but wrong to claim that this elusive combination of wit, class consciousness, camp and generosity of spirit can be produced by design 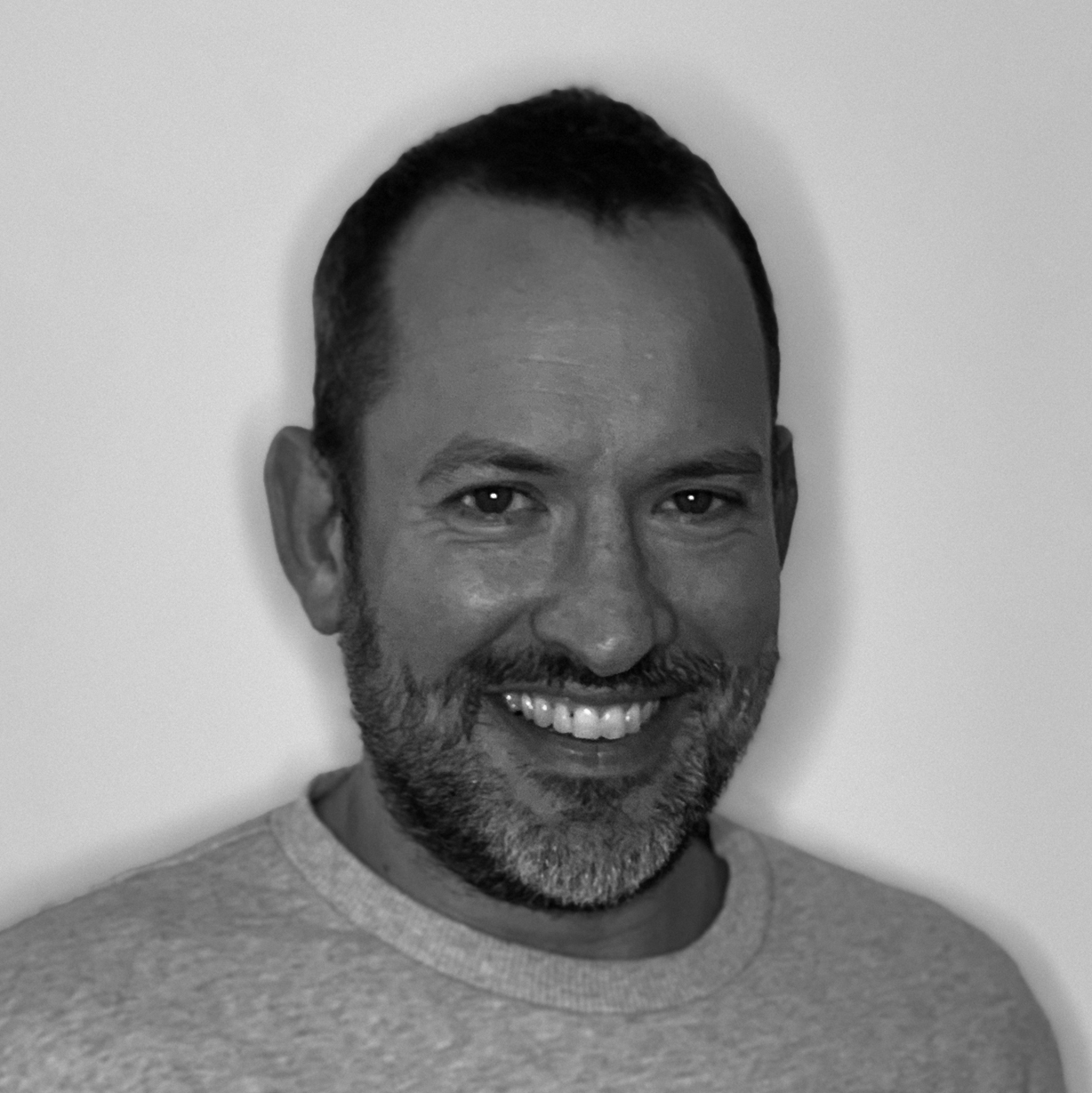 Television is one of the things that we make in this country that the rest of the world still wants to buy. International sales of UK TV programmes reached £1.02bn in 2019, fuelled by the growth of streaming platforms and their insatiable hunger for fresh content.

But does this cut both ways? Does the sheer volume of streaming content mean that British-produced TV is in danger of being pushed out by glossy international (mostly US) imports? Oliver Dowden – until recently, the culture secretary – certainly thought so. In a speech he wrote and was due to give last week at the Royal Television Society, Dowden issued a call for domestically-produced television to double down on its Britishness.

As a result of the recent reshuffle, Dowden’s speech was given by John Whittingdale – who at the time held the rather ominous sounding title of Minister for Media and Data. In any event, the main thesis – call it the Dowden Memorial Doctrine – was that the international success of, say, His Dark Materials, Sex Education or Unforgotten is principally attributable to their Britishness.

In which spirit, it was announced that an upcoming White Paper will include “proposals that will expand the remit of public service broadcasters, so that it includes a requirement for them to produce ‘distinctively British’ content.”

Naturally, that’s the line of the speech that flew on social media, provoking exactly the response you’d expect. It also woke up the #DefundtheBBC crowd, a febrile bunch at the best of times, who never miss an opportunity to bang on about the cost of a Netflix subscription compared to a TV licence. Which is great for me, because arguing with such people on Twitter is my golf.

Returning to our text: Dowden conceded that Britishness was indeed a nebulous concept, but had a stab at characterising it anyway by naming some programmes that – in his view – embodied this quality. These included Derry Girls, Only Fools and Horses, Dad’s Army, Carry On (not really a TV series, but never mind), The Great British Bake Off, Line of Duty, Coronation Street and EastEnders. Apparently, “no other country in the world would have come up with a concept as bonkers but brilliant as Gogglebox” – a claim that might come as a surprise to Japanese viewers who have been enjoying similar shows since the 1970s.

Look: there was undoubtedly a golden age of British television which began in 1968 with Kenneth More’s opening narration in The Forsyte Saga and ended in 1997 when Milly punched Rachel in the closing episode of This Life. It’s no surprise that many of Dowden’s examples come from this period.

And I can see what he was getting at. Correctly, he made the distinction between the cultural concept of Britishness that he was trying to describe, and the souvenir postcard variety which is enshrined in Union flags, royal crockery and pictures of the Queen. But the question remains: what are the hallmarks of this distinctively British strain of television?

Commercial success alone isn’t one of its core characteristics. For a long time the biggest earner among the BBC’s television shows was Top Gear. Who would have thought that a programme about three middle-aged white guys making jokes (mostly about foreigners) and talking about cars would become quite so popular? Yet Top Gear was the British TV show that global audiences seemed to want more than anything else, with a worldwide audience, in its heyday, of 350 million. All this proves is that in entertainment, it’s easier to make money from rubbish than it is from quality.

To coin a phrase: I was lost as a child and raised by TV during the 80s and early 90s. I grew up in a strange household with parents who worked nights, and television became a sort of surrogate family. I would creep out of bed while my mum and dad were working, and watch all manner of inappropriate police dramas or late night comedies. I share this snippet of backstory for two reasons: first, my accumulated knowledge of TV trivia makes me a valuable addition to any pub quiz team; and, second, I’ve watched enough telly to be able to identify a very British TV show when I see one.

For starters, The Great British Bake Off is a red herring in Dowden’s list. For all its soggy bottom innuendo and weird 1950s village fete fetish, Bake Off is still just a talent show – one of television’s oldest white label formats, customised by broadcasters all over the world for domestic audiences. When viewers of What a Cake! in Poland or The Great Kenyan Bake Off watch local contestants and celebrity judges, it can hardly be said that they are channelling the spirit of Britishness – in the same way that the Big Brother format doesn’t feel particularly Dutch.

In contrast, class consciousness is an essential ingredient of the archetypal British TV show. Downton Abbey has daft posh people and downtrodden-but-proud servants – fictional characters often mingling with historical figures embroiled in great events from the British past. It also has a healthy dose of camp, with Maggie Smith throwing shade and pursing her lips like a cat’s bottom in every third scene.

Downton is a show that flaunts its Britishness very obviously – it is essentially an Edwardian theme park. Despite its enormous following around the world (it was a huge hit in the US), I’ve never actually met anyone who admitted to liking Downton Abbey. Jeremy Irons once compared it to a Ford Fiesta – “will get you there and give you a good time”. I’m not sure that’s the type of Britishness Dowden had in mind.

For me, the most distinctively British genre of television has to be the comedy that has been produced here. A 2017 British Council study of 2,500 Europeans ranked Britain as the funniest country in Europe; so, as far as I’m concerned, comedy is our national sport.

Indeed let me venture another doctrine: any quintessentially British show will have a distinctive sense of humour. Consider Fawlty Towers, Only Fools and Horses, The Office, and Absolutely Fabulous – shows  that have entertained audiences and inspired numerous remakes (some more successful than others) around the world.

And – to return to the theme – there’s also a strong tradition of class-based comedy in the UK: Citizen Smith, In Sickness and In Health, Rising Damp, and of course, Fawlty Towers. John Cleese and Connie Booth’s creation is rooted in so many familiar and squirm-inducing British tropes – not only Basil’s crashing snobbery but also the shabbiness of British hotels, everyday rudeness, and our attitude to foreigners. The show’s principal comic engine is Basil’s desperation to belong to a better social class. It’s funny because he’s a pompous idiot and also because it rings true. We all know a Basil or two.

Only Fools and Horses is still deeply embedded in the national consciousness, as was clear from the public response to the death last week of John Challis – immortalised in the comic pantheon as Boycie. Del Boy and Rodney’s relentless pursuit of a better life is much less destructive than Basil Fawlty’s – the Trotters are eternal optimists and are rarely angry at the world. They’re underdogs trying to make good, and viewers loved them for it. But the theme of thwarted social mobility is the same.

One of the criticisms Dowden’s speech makes of non-British shows on streaming services is that they have no identity or sense of place. Only Fools is a time capsule from 1980s London. But viewers don’t need to know anything about Peckham in that particular decade because wheeler-dealer market traders, grubby pubs in the rough part of town, grim council tower blocks and the desire for a better life are timeless features of the national landscape.

The same might be said of Absolutely Fabulous, a show that is very much a product of its time, but also evergreen in its comedy. Edina is desperate to escape her suburban upbringing; the show pokes fun at those who see themselves as members of a cultural elite; and – again – there’s a strong element of camp. Perhaps it is no accident that Ab Fab and Fawlty Towers have proved difficult to remake in different national settings. The neuroses and mores that they send up are so distinctive to these shores.

Of course, we can’t really talk about Very British Telly without talking about Doctor Who. Love it or loathe it, the saga of the time travelling Time Lord in a police telephone box has been a prominent feature of the British televisual consciousness since its fuzzy black and white beginnings in 1963. There aren’t many TV programmes where the selection of the new leading actor makes the evening news, but every regeneration of the Doctor is met with a frenzy of media speculation. We are as fascinated by the identity of Jodie Whittaker’s replacement as we are by the vexed question of Daniel Craig’s successor in the role of Bond.

Doctor Who has all the hallmarks we’ve explored: the Doctor protects the underdog, makes jokes in the face of danger and wins the day with wit and ingenuity – rather than with brawn or superpowers. There’s also (yes, again) a strong camp element in the writing and production choices. Right now, the world needs the Doctor more than ever.

In many ways, the show embodies a Britishness that we all aspire to (or should): it celebrates wit, intellect, charm, playful eccentricity, and that sense of fair play we like to think of as embedded in our national character. Steven Moffat, former producer of the show and the man behind Sherlock (another very British TV show) said that the Britishness of Doctor Who was “not a calculated thing”. I’m sure that’s true. But that lack of calculation is another thing that, in my view, makes Doctor Who the most British TV show ever made.

So all things considered, my completely unscientific but wholly accurate ranking of the Most British TV programmes is as follows:

Come at me with your suggestions. Let’s argue about this on Twitter – in a very British way, of course.