By the end of the week, it is likely that the government will have confirmed two outstanding matters: whether children will be offered vaccines, and adults booster shots.

Both have been widely covered and hotly debated. Both have left the Joint Committee on Vaccination and Immunisation (JCVI) fielding ethical, as well as medical, questions: for instance, are vaccinations for children about the risks and benefits for the child or – by virtue of reducing transmission to the more vulnerable – for society more widely?

The ethical debate rarely strays, however, to a more fundamental point: are we really to focus on additional roll-out programs while many of the most vulnerable in other parts of the world – just two per cent in low-income countries – are yet to receive a single dose?

Politicians on all sides have paid this question too little attention. Their answer, when they have one, is simply: yes, we are. And, what’s more, they are betting on the public agreeing. This could prove a lazy – and disastrous – miscalculation.

To start, the question of picking boosters over donating doses abroad is a “false choice,” as White House press secretary Jen Psaki has observed. Many wealthy nations – ours included – have such vast stockpiles that they could comfortably do both. Canada, the UK and New Zealand have procured enough to fully vaccinate their populations at least three times over.

Sceptics might observe that, in contrast to visions of rotting doses in factory warehouses, many of these “spare” vaccines haven’t even been produced yet. The UK, for example, has purchased 100 million Valneva – a long way from the market still, and hardly ready for shipping abroad. Is it really fair to call these doses “surplus”?

But recent data confirms that, even accounting for delivery timelines, 500 million shots in Western nations will be sitting unused this month. By Christmas this figure will be one billion. Wealthy nations such as ours have amassed vast surpluses enough to vaccinate children over 12, provide booster shots and still donate tens of millions of doses abroad. We’re choosing not to share, and risking viral mutations – with possible vaccine escape – as a consequence.

To call this an ethical question should be overreach. It doesn’t rub up against issues of distribution, for there’s no resource scarcity. It needs little consideration of international human rights, for it is evidently in our self-interest to prevent virus hotspots and stem transmission where we can. Tony Blair’s line that “virus anywhere is potentially virus everywhere” is true: this is not a complex political conundrum, and the answer facing us contains no disadvantage to ourselves.

But the merit of a policy is rarely enough, by itself, to make it so. And in a year when the decision to slash billions from our foreign aid budget came with little discernible political cost – despite considerable opposition from the government’s own benches – ministers are betting the public will forgive this latest humanitarian failure.

True, elections aren’t won or lost on foreign aid cuts, as much as incensed liberals might wish they were. But sharing doses with those in need is an entirely different issue – and one the public supports. In July, researchers from Imperial College London found that eight in every ten people would donate their booster to poor countries if an antibody test showed they didn’t need it. Even if they’d not had a vaccine, or had been previously infected, a clear majority would still be happy to part with their extra dose. Other polling confirms mass support for measures designed to stop new variants, though with older adults being less inclined to donate doses if children aren’t vaccinated as a result. Both of these examples find majority support for dose sharing even if it means fewer in the UK will be vaccinated.

Last year, Boris Johnson bet on an accelerated vaccination programme – and this succeeded in papering over his shambolic leadership during the early stages of the pandemic and beyond, which contributed to one of the highest excess death tolls in Europe. But the paucity of global vaccine donations could yet be his undoing.

Picture this: a new, highly transmissible and potentially vaccine-evasive variant emerges in the coming weeks or months. It emerges in a country during the midst of its third wave, a wave predominantly driven by Delta cases. It is, of course, a wave that could have been prevented, had the country in question been vaccinated at similar levels to ours – a fact the public well understands.

And so this new variant finds its way, inevitably and indiscriminately, to the UK. And we’re all back to square one. New vaccines, new restrictions, and many new, preventable deaths.

In this situation, there’ll be bitter political recriminations. Keir Starmer will claim that responsibility lies with a Conservative government who refused to vaccinate the world when they had the chance. He’d be right.

Johnson could fairly respond that Labour spoke little about variants earlier on, nor about the urgent need to vaccinate low-income countries now. He’d be right, too.

The truth is that the existing inertia of our leaders doesn’t necessarily reflect voters, who would have been far more unforgiving had Delta proved vaccine evasive and the most punitive restrictions reintroduced.

So the government should be wary of assuming public acquiescence. The UK had only sent 8 million of the 100 million doses they promised to donate by the start of September. This was a promise made in June, when Delta was present in 80 countries. It’s now present in 174.

Thousands of preventable lives are lost to this virus each day. It is a scandal, but one that threatens to enrage us collectively too late. In recent weeks, as we report on these many preventable deaths at Tortoise, I’ve been wondering what Professor David Held – who passed away a year before the pandemic began – would make of this failure. Held wrote powerfully of our “overlapping communities of fate” in an increasingly globalised world. How, he asked, might our increasing interdependence change the way we consider matters of global justice?

It is in the writing of these cosmopolitan thinkers that you see just how far short from ideals of global citizenship we’ve fallen. That all human beings are entitled to basic moral respect and concern; that boundaries – national, ethnic, geographic – “should not determine the limits of rights or responsibilities for the satisfaction of basic human needs”, as Held wrote; and that, at a fundamental level, your worth does not rest on the particular community to which you belong – all of this, proven idealistic many times before, seems tragically fanciful in light of our failure to redirect doses to help both ourselves and others.

We should take steps to present global vaccination as coterminous with our national Covid-19 landscape. Could weekly epidemiological reports, a member of our #TheArmsRace ThinkIn on Monday suggested, include the latest numbers on global vaccinations? How much closer are low-income countries to vaccinating their most vulnerable, for example, and how many doses has the government redirected their way to help?

The global community must find seven billion doses by the end of the year, and a further seven billion by the middle of next year, to be in with a chance of vaccinating the world in 2022. That we’re currently unwilling to part with doses we don’t need – when the benefits to ourselves and to others are clear – says much about the parlous state of the international community. Weeks away from Cop26, when leaders must answer questions distributionally far more complex than these, this simple fact doesn’t bode well.

In the case of global vaccinations, politicians can’t assume the comfortable rule that we’ll forgive suffering beyond the water’s edge. We have the doses to give. The public wants to see them donated. They will save lives – ours, of course, but also those to whom, we must remember, we owe a basic responsibility regardless. 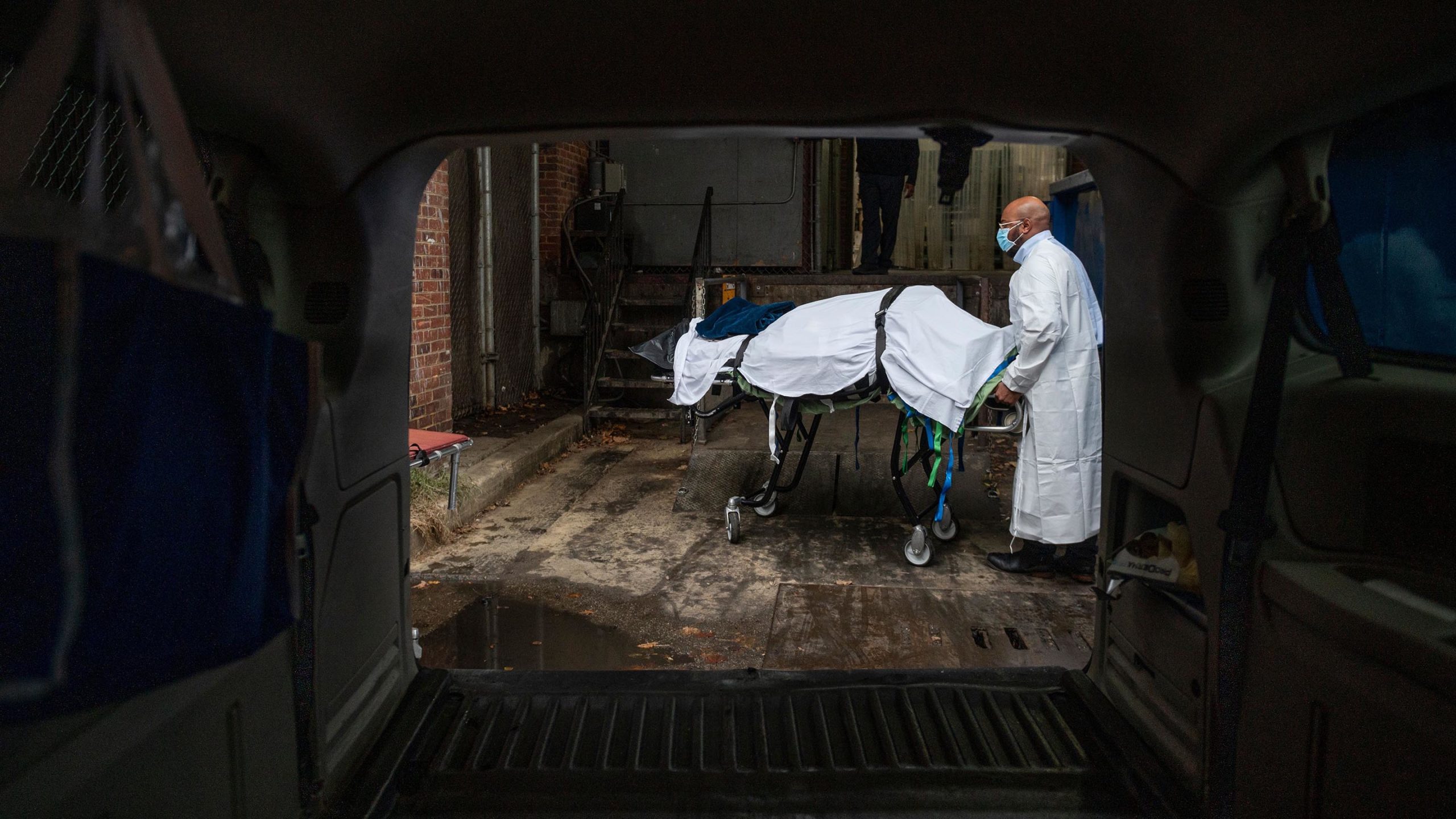 Vaccination against Covid has saved 100,000 lives in England. How many lives would have been saved by a similar effort around the world?