Our headline finding so far is that the richer countries of the world, which account for less than half of its population, have procured two-thirds of its vaccine supply. Worse, the limited number of doses that poorer countries have managed to secure have mostly not been delivered.

In June, Tortoise launched #TheArmsRace campaign – its principal objective being to get the world vaccinated by the end of 2022. The moral imperative was always clear: it is self-evidently intolerable that, at a time of abundant vaccine production, 10,000 people are still dying from Covid a day.

But there is also an irrefutable case for vaccine sharing from enlightened self-interest. As long as huge swathes of the global population remain unvaccinated, the greater the opportunity the pathogen will have to mutate into deadlier forms. If you think the Delta variant is dangerous – and it is – what do you imagine the Omicron version might be like?

At the heart of this campaign has been our journalism on the crisis and collaboration with the growing coalition of organisations and public health leaders committed to this cause (see, for example, Monday’s six-point plan for the vaccine summit that we all hope President Biden will call before or during the UN General Assembly).

Today’s launch of the Vaccine Tracker is the next step and, we hope, a significant one. Our goal is to drill down, beneath the boilerplate rhetoric and generalities about vaccine sharing, to the facts on the ground. How many doses are going where they are needed, and how many are being administered? Where are variants spreading?

The data comes in many forms and is drawn from many sources. Building on variant information from the Gisaid Initiative, vaccination rates from the Our World in Data project at the University of Oxford, and vaccine procurement and delivery information from the Multilateral Leaders Taskforce on Covid-19, the Tortoise Vaccine Tracker makes clear, in detail, the deeply alarming levels of global vaccine inequality.

Deadly and transmissible variants are now ripping their way through almost completely unvaccinated populations. The Vaccine Tracker also exposes the moral failure of rich countries, which have made grand (if vague) public pledges to donate vaccines to poorer countries, while hoarding more doses than their own populations require.

The tracker’s key findings include:

– Canada has secured over four-times more vaccine doses than its population needs; New Zealand, Italy, and Australia have purchased more than three times the doses they need.

–This cuts Western leaders some slack. The practice of over-ordering doses compensates for lags in delivery. Canada has taken delivery of only 18 percent of its secured doses – but that has still been enough to vaccinate 74 percent of its population with at least a single dose.

– In contrast, Uganda has only procured 38 percent of the doses it will need for its population – and it has only taken delivery of three percent of those doses.

– South Africa, where almost all infections are from the highly transmissible Delta variant, has fully vaccinated only 9.7 per cent of its population.

– Variants have spread across the world with a speed that surprised most virologists. Delta was first designated as a variant of concern in April 2021, and is now present in 170 countries. In India, Delta went from accounting for less than four per cent of cases at the beginning of March, to virtually all – 95 percent – within two months.

–In Afghanistan, vaccine supply dried up earlier this year as the country battled a deadly third wave of the virus. Now, self-evidently, the country faces an acute crisis of administration: despite receiving over four million doses from Covax, the international vaccination sharing body, vaccination rates dropped 80 percent in the week following the Taliban takeover – and half of the unadministered doses could expire.

The Beta version of the Vaccine Tracker is, by definition and design, a live work in progress, which we will be improving, refining and updating over the coming weeks as we continue reviewing data sources and speaking to public health experts, international organisations, and NGOs involved in the campaign against Covid.

There is still a dearth of data on variants, the Vaccine Tracker shows. Most African countries, where vaccination rates remain low, reported no variant data at all.

This is not just a frustration for data scientists. Lack of variant data has the deadly effect of giving mutuations a significant head start. The alert issued by South Africa on Monday about the “C.1.2 lineage variant,” which exhibits similar genome mutations to those seen in Delta, is sadly unlikely to be followed by requisite monitoring in neighbouring countries. And without this information epidemiologists will be seriously hampered in assessing its potential threat, both regionally and globally.

You can listen to James Harding’s original investigative newscast, The Arms Race: Vaccine Failure at the G7, here. This week Tortoise joined leaders from business, academia, finance, and politics in a letter to the Financial Times, calling for an emergency global vaccines summit at UNGA in September.

You can find more details on the Vaccine Tracker here. 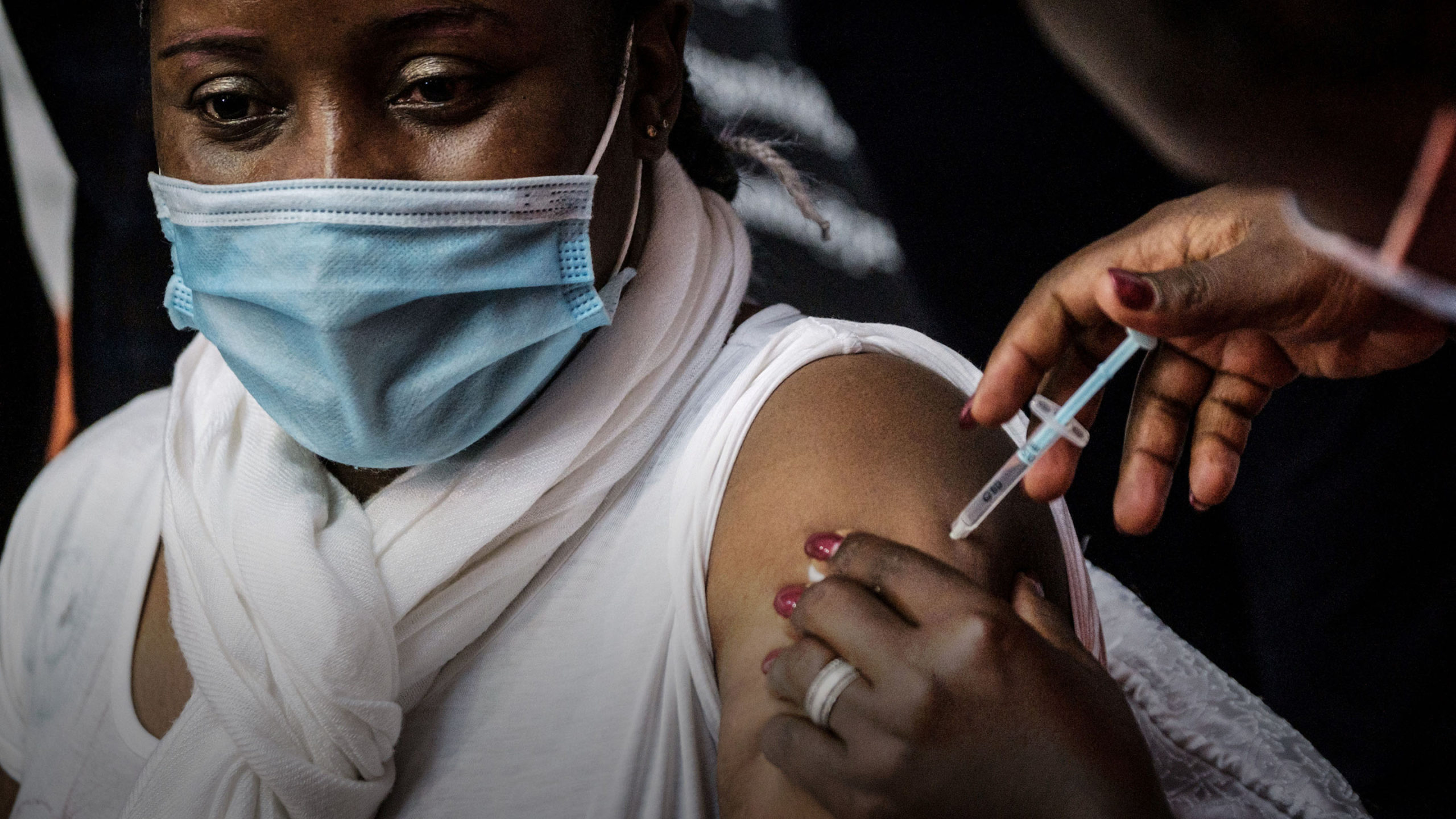 Vaccine hoarding is a scandal. But the problem can be fixed – fast

Vaccine hoarding is a scandal. But the problem can be fixed – fast

Poorer nations have barely received any doses, while richer countries build up ever greater surpluses. All that is lacking is the political will to get the jabs to where they are needed