I should have worn heels. The entrance to the warehouse was packed, and I couldn’t see a thing. I waved my invitation above my head and was propelled forward as those on the guest list and those not (but trying it on) were teased apart. As I made my way up the steep terrace of seating, I felt the scaffolding reverberate and, settling in for a long wait, hoped it would hold fast. Fashion shows always ran late in those days.

There was a murmur as a celebrity arrived, and the staff with their earpieces and checklists showed the last few guests into their seats and melted into the shadows. The pounding heart beat (McQueen’s own, I was told) faded, much to my relief, for I was convinced – we all were, afterwards – that our own hearts had started beating in rhythm to his.

But what replaced it was even more unnerving. Plunged into darkness, the vast mirrored cube that we’d been looking at for over two hours was suddenly lit up from within to reveal a white padded cell, while a deafening soundtrack forced every thought of leaving out of our heads. I can imagine how much McQueen, ever the auteur, liked this idea of creating paranoia and unease before the show had even begun. It was Voss S/S 2001 and we were about to enter the asylum.

I’ve told this story many times: how the trapped models with their bandaged heads pressed their hands against the glass (they couldn’t see us, for the box was made of surveillance mirror); how Kate Moss had a headpiece made from taxidermied birds of prey that clawed at her hair; how Erin O’Connor cut her hands on a dress made from razor-clam shells; how another dress was made from bloody microscope slides that alluded to human fragility; and how the show ended with crashing glass, the release of thousands of moths, and a lone figure reclining on a couch with masked head and breathing tube in a recreation of Joel-Peter Witkin’s artwork Sanitarium (1983).

Like all great performances, it could never be reproduced. Still, we tried, in two major V&A exhibitions – Radical Fashion in 2001 and Alexander McQueen: Savage Beauty in 2015 (first shown at the Metropolitan Museum of Art) – because we knew how important McQueen’s achievement was, and how his impact was part of that great London moment as one century shifted into the next, and how his work showed that fashion had stepped into the realm of art. He took a discipline not noted for its profundity, and changed it irrevocably.

In the lead up to Savage Beauty, I went on journeys I didn’t necessarily want to. I read the poetry that McQueen admired (Edgar Allen Poe); watched the films he liked (Tron [1982], The Abyss [1989]); drove to Norfolk in search of a beach where he first had the idea for the razor-clam dress, and, although fearful of the incoming tide, kept going until I, too, saw a vast expanse of beach clothed in brittle swirls.

The waves have washed and rearranged those shells thousands of times since McQueen first walked there with his dogs and his strange mix of bullishness and sensitivity. I didn’t presume to know him, other than, as a curator, sense that he couldn’t be contained, despite the vitrine being perhaps – and certainly in the case of Voss – the safest place to contain his dark imaginings.

Claire Wilcox is senior curator of fashion at the V&A and professor in fashion curation at the London College of Fashion. 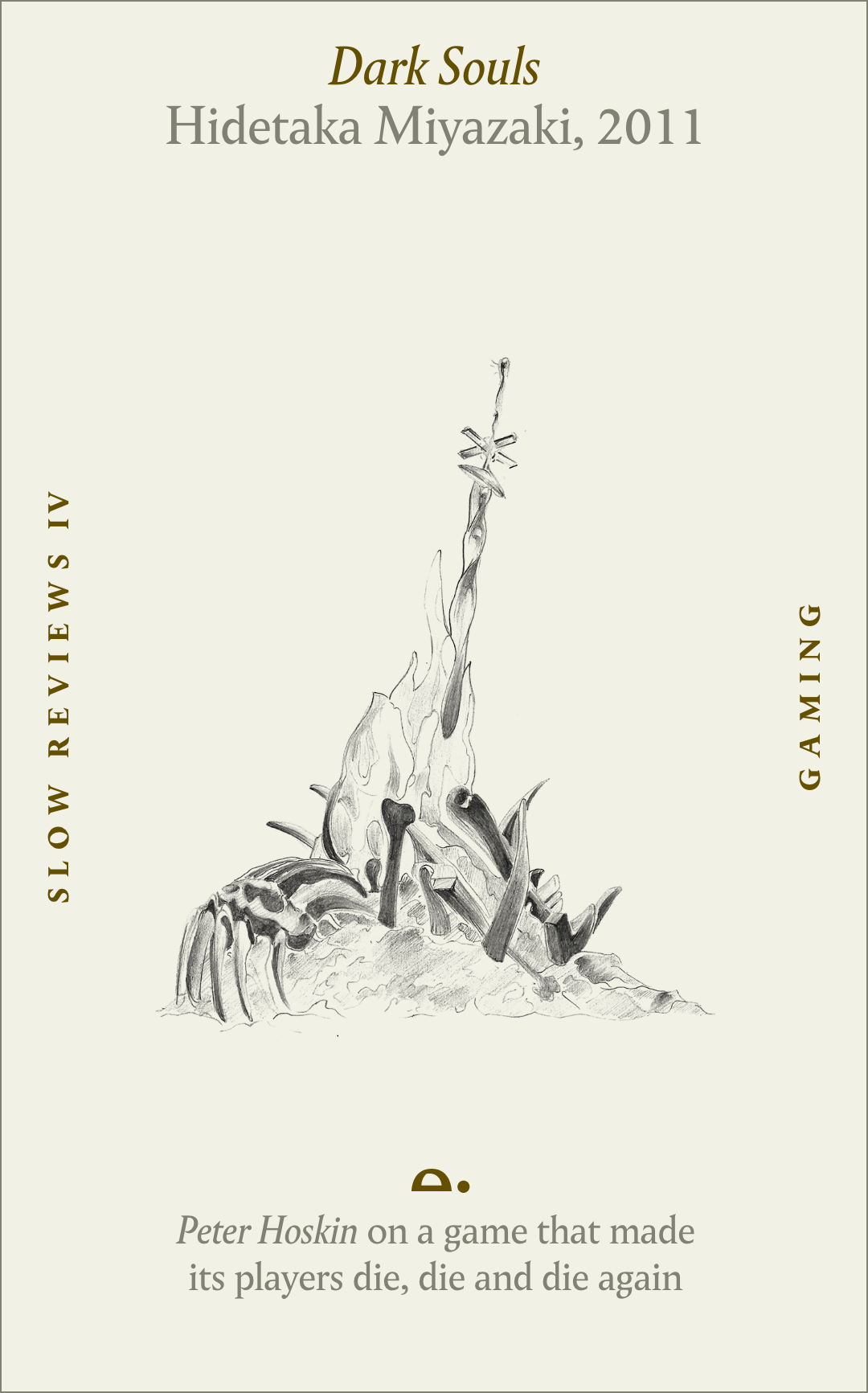 Peter Hoskin on a game that made its players die, die and die again