In a small industrial city in the German Ruhr Valley in the early 1970s, an incredible thing happened. The Intendant of the City Opera House invited a young choreographer to become head of the ballet – the people of the city were about to observe a revolutionary moment in the history of dance and so was the world.

The choreographer was Pina Bausch, and the city was Wuppertal. From 1973, she produced a body of work with her designer and life partner Rolf Borzik that, up until his early death in 1980, would show the world a whole new way of making dance and theatre. There are many pieces that stand out from this time, but Café Muller exemplifies practically all of Bausch’s radicalism.

One sleepwalking woman and then another enter a darkened cafe filled with scattered chairs and tables, their arms stretched forward, wrists upturned, feeling their way through the darkness. As they pass through, other dancers frantically push away the chairs from their paths, ensuring the safety of the possessed somnambulists.

The struggle happens first in silence, but then continues accompanied by excerpts of Purcell Operas that propel the dance. Here we have Bausch herself (who continued to dance the role until near her death) as a constant presence, moving with such grace and fluidity, with the trademark swooping of her long and articulate arms. Other characters enter who act out scenes and themes that would appear in all her subsequent work: the repetition of a passage of movement over and over until exhaustion ensues; the struggle, sometimes violent and cruel, on both sides of the gender divide; the touches of humour and of the surreal.

We are asked to enter this dream-like scenario, and we do so willingly as we recognise the images that occur in our own sleep.

What is it that made this shy young dancer come to make such audacious work? Firstly, she was surrounded by collaborators, particularly at the beginning Rolf Borzic, who encouraged and supported her in her endeavour. The design concepts in this case, the brilliantly simple scattering of chairs, was – as in many of her subsequent works – central to the dramaturgy.

Secondly, she was part of a generation that was dealing with the trauma and shame brought upon their nation by their forebears, leading to an explosion of radical ideas from painters, filmmakers, and theatre makers.

Thirdly, she just had to make this work on a personal level, processing her memories of secret childhood nocturnal wanderings down to her parent’s café and observing the life and drama that was on display there. How better to represent this than as a kind of distant dream, an outpouring of subconscious memory made corporeal?

Bausch gave permission to generations of dance makers that followed to free themselves from either direct storytelling or total abstraction. She created a genre full of impressions and atmospheres, which did not shy away from representations of cruelty and darkness – but which, at the same time, came from a love of humankind and the collaborators around her. 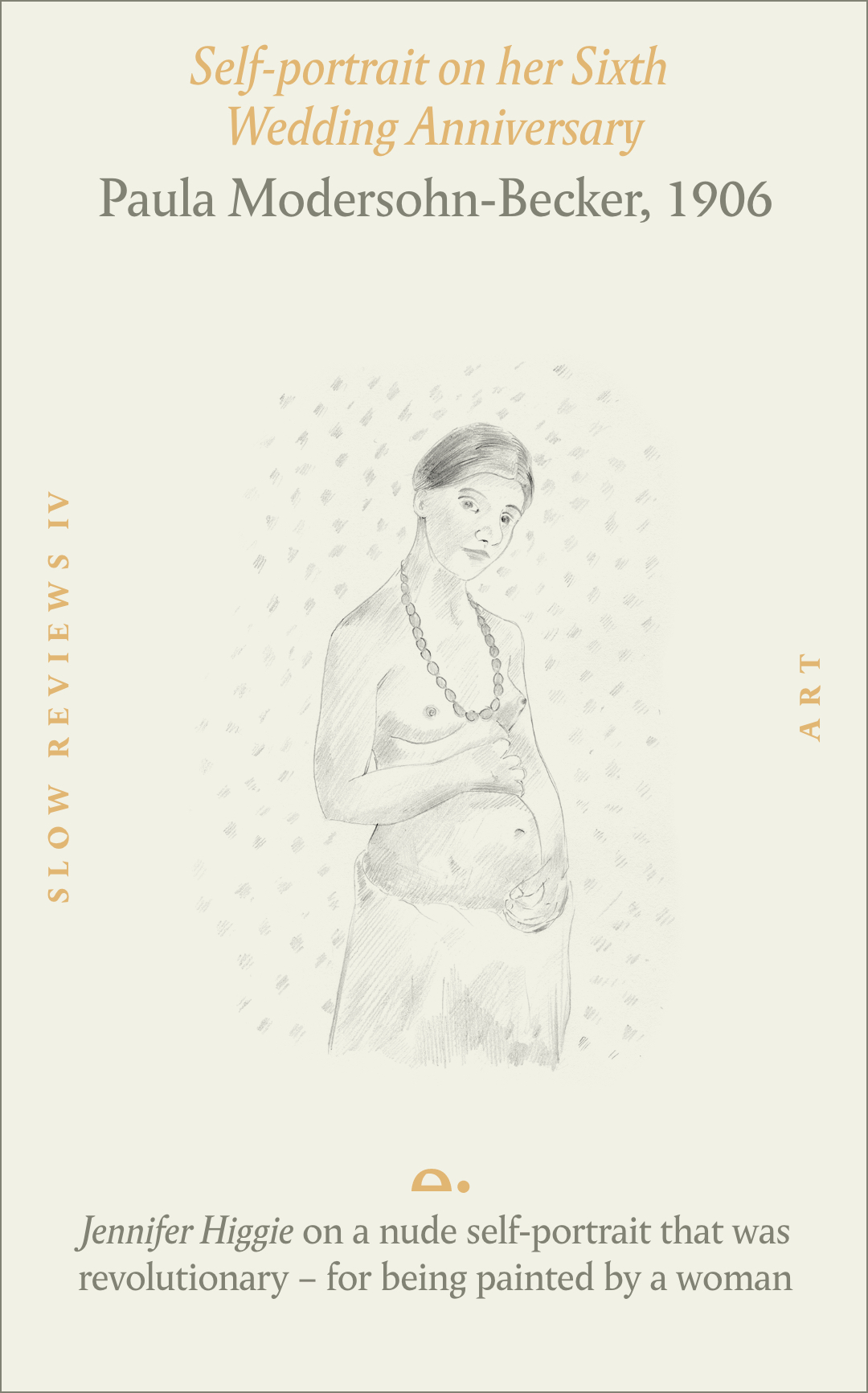 Self-portrait on her Sixth Wedding Anniversary

Self-portrait on her Sixth Wedding Anniversary