In the 1999 episode ‘30 Minutes Over Tokyo’, the Simpsons are headed to Japan. Homer doesn’t want to go.

“Come on, Homer. Japan will be fun,” says Marge. “You liked Rashomon.”

“That’s not how I remember it,” says Homer.

That is a joke as perfect, as clever and as culturally literate as anything ever written for a television comedy. And The Simpsons has a thousand jokes like it. Just as there is a line in Shakespeare to sum up every human experience, so there is gag in The Simpsons. They range from microscopically specific pop culture references (a favourite of mine concerns the permanent tattoo that commemorates Homer’s fleeting affection for Starland Vocal Band) to pitiless one-liners about the universal truths of existence (“Trying is the first step towards failure”).

And if English lacks the words The Simpsons needs to make a joke work, the show simply invents new ones. So many of its neologisms and catchphrases – from “embiggens” to “D’oh!” – have entered our daily conversations, and our dictionaries, that it has altered our language. And so many memes have sprung from the show’s 700 episodes that GIFs and screenshots of its characters have practically become a visual language of their own. As the linguist Professor Mark Lieberman observed, “The Simpsons has apparently taken over from Shakespeare and the Bible as our culture’s greatest source of idioms, catchphrases and sundry other textual allusions.”

This combination of literary quality and cultural impact led Rolling Stone to declare The Simpsons the greatest sitcom ever made, and led Time magazine to go further and declare it the greatest TV show of any kind ever made, while also naming Bart Simpson as the only fictional character on its list of the 100 most influential people of the 20th Century. But so broad is the programme’s appeal that in 2001 – two years after The Simpsons made that esoteric joke about the 1950 Japanese film Rashomon on primetime TV – a high profile poll by Channel 4 named it the world’s greatest kids’ show.

It’s fashionable now to claim that The Simpsons is no longer any good. But this isn’t true. The Simpsons is no longer as great as it was – its peak is years past – but what is often mistaken for “bad” is simply not new. While much of The Simpsons no longer stands out above Family Guy or South Park or Bob’s Burgers or BoJack Horseman or Rick and Morty, that’s partly because none of those programmes would exist without it. It demonstrated the potential, and established the tone, of modern animated sitcoms so effectively that TV schedules are now littered with shows whose creators frequently acknowledge their debts to The Simpsons.

There was a time in the 1960s when Coronation Street was on the frontier of British television drama, and a time in the 1980s when EastEnders was too. Now both shows are so overfamiliar that the idea they could ever have been cutting edge must seem absurd to almost anyone who’s less than middle-aged.

So it is with The Simpsons. Matt Groening’s animated send up of American sitcoms – and America itself – changed pop culture so extensively it is difficult to understand what television looked like before it began.

Scott Jordan Harris is a film critic and author of the book Rosebud Sleds and Horses’ Heads: 50 of Film’s Most Evocative Objects 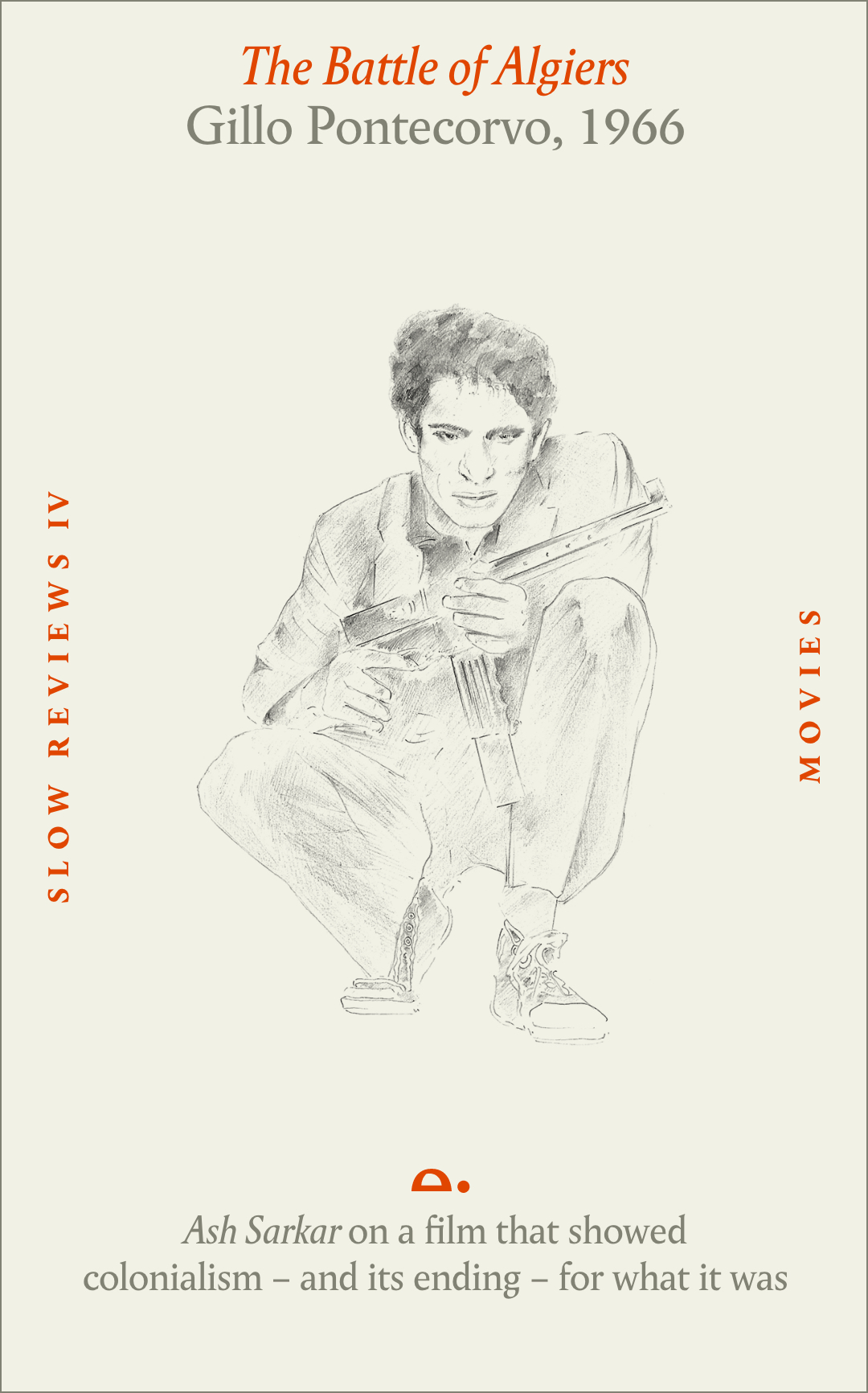 The Battle of Algiers

The Battle of Algiers