At last, we’ve reached the fourth set of Slow Reviews, so I finally have the chance to call it the Slow Reviews Quadrilogy.

That was the word they stamped on a fancy DVD collection of all the Alien movies at that time – from Alien (1979) to Alien Resurrection (1997) – about 20 years ago, and I’ve been dying to use it in polite society ever since. So here it is: the Slow Reviews Quadrilogy, all four parts of our series of Slow Reviews.

If you’ve encountered any of the previous parts – One, Two, or Three – then you should know what to expect. Slow Reviews are Tortoise’s way of grappling with the long history of popular culture. They’re reviews, by various contributors, of the films, books, paintings, games, records and other cultural artefacts that changed the world around them.

But, much like those acid-spewing xenomorphs, Slow Reviews are also evolving – and coming to get you. The second part contained the first reviews by Tortoise members. The third introduced audio readings by some of the authors. And now this fourth part has audio readings by all of the authors (just press the play symbol above the text), as well as a special edition of Tortoise’s Slow Newscast (effectively a longer, more in-depth Slow Review) halfway through the week.

I shan’t spoil the contents of that Slow Newscast, nor of the upcoming Slow Reviews. But I will say that they range from massively popular animated TV shows to individual fashion collections, from fiendishly difficult Japanese video games to 1950s skiffle classics. Because that, after all, is the culture – a broad, diverse and tremendous thing.

You can keep up with this week’s Slow Reviews by following the contents page below, which will be updated with five new reviews each day. If you would like to submit a Slow Review for consideration for a future series, then please follow the instructions here.

Because, while we’ve made it into a Quadrilogy now, I’m not sure we want to stop there. Bring on the Quintarchiopoly, or whatever the word is… 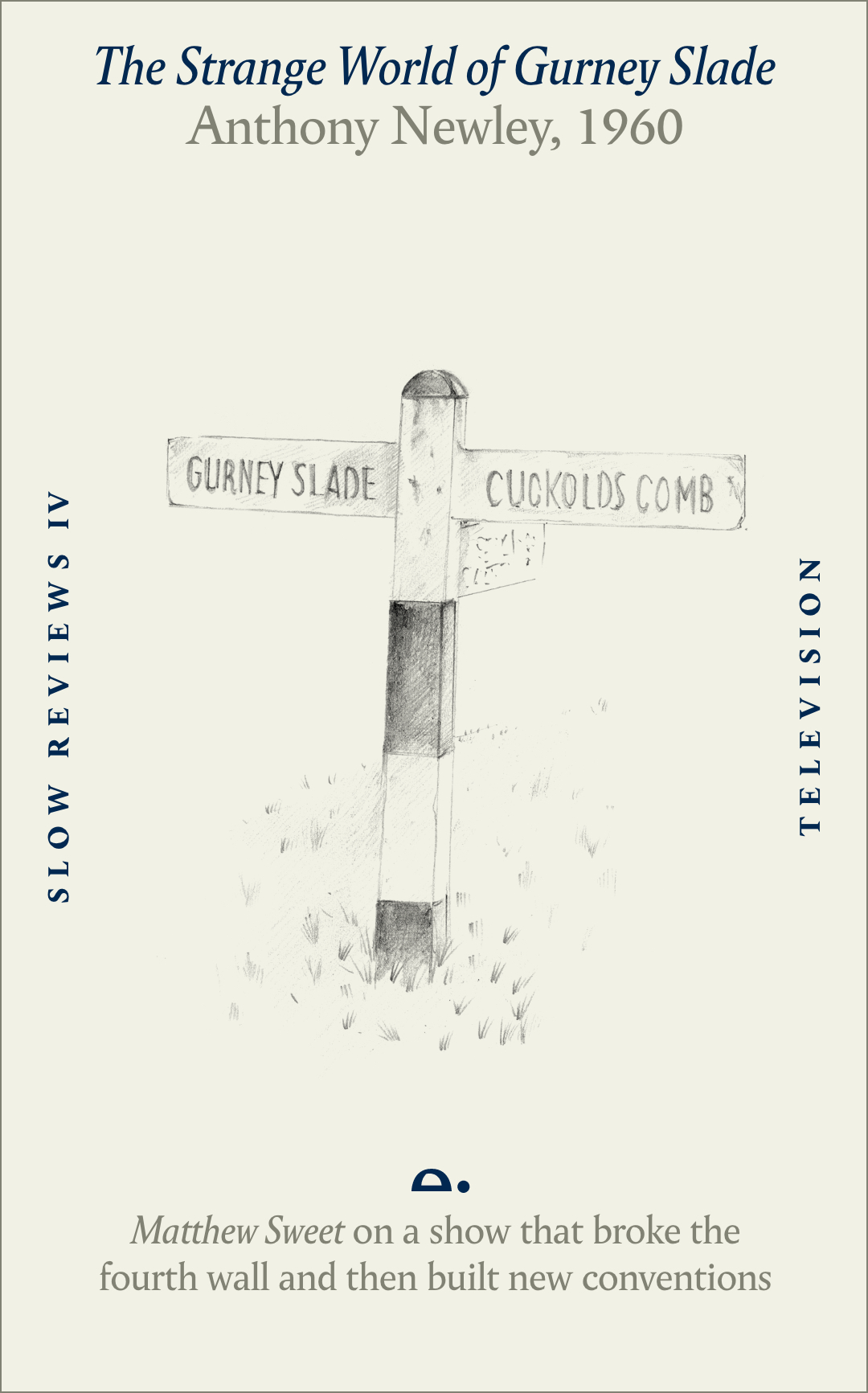 The Strange World of Gurney Slade

The Strange World of Gurney Slade