In global terms, the amount of money required to solve the Covid crisis and get vaccines where they are needed is a rounding error. It’s not too late for Boris Johnson to raise the funds

The global pandemic is a solvable problem. Fixing it will generate enormous benefits for rich and poor countries alike in terms of both public health and prosperity, as workplaces everywhere return to normal activity. What is required is a large amount of up-front cash – not the woolly promises that political leaders are so fond of making – together with global leadership to ensure adequate supplies of vaccines and their equitable distribution.

Holding the G7 presidency as it does in 2021, this adds up to an extraordinary opportunity for the UK government to put its money where its mouth is and demonstrate that the country really does have the capacity to take a global leadership role. The G7 summit in June was a lamentable failure, with its vague promises and commitments to share only enough vaccine to give a small minority of the global population a single dose. As things stand, the world faces the terrible prospect of repeated outbreaks in countries that lack the resources needed to fight the virus. But it is not too late for bold action.

How much money is required to meet the challenge? In ‘A Proposal to end the COVID-19 Pandemic’ published in May, Ruchir Agarwal and Gita Gopinath of the IMF estimated that the cost of vaccinating 40 per cent of the world’s population by the end of this year and at least 60 per cent by July 2022 would – together with the necessary testing and tracing systems – comes to around $50bn. They reckoned that the economic benefits of such measures would amount to some $9tn, with over 40 per cent of this gain going to advanced economies as recovering confidence and stronger demand boosted economic activity.

This in turn would translate into a cumulative gain of $1tn in additional tax revenues for the advanced economies, which the IMF analysts suggest could make the $50bn cost of bringing about this result the highest-return public investment ever made, anywhere.

So how to make this happen? The neatest way to raise the money rapidly would be to impose a windfall profits tax on those companies that have made hay out of the pandemic. They could certainly afford it: at the last count, Apple, Amazon, Facebook and Google alone had $344bn in cash and marketable securities swilling around in their balance sheets. The model for this would be the UK Labour government’s tax on the privatised utilities in 1997, which successfully raised over £4bn to fund its welfare to work programme.

But although most people would be more than happy to see these companies being forced to pay up, the politics wouldn’t work. The attitude of the Biden Administration to US tech giants seems to be that they may be bastards, but they are our bastards – and the idea would never make it through Congress.

So the alternative would be for governments in rich countries to issue a pandemic recovery bond, with a life of, say, ten years. No interest would be paid while the loan was outstanding, but its redemption value would be fixed fractionally above the equivalent ten-year interest rate to reflect the expected economic benefits that the money would generate. That would guarantee strong demand from long-term investors everywhere.

Ideally, the loan would be issued by some multilateral body, like the European Union. But that would take too long to organise, and the money is needed now. So step forward the UK as G7 president to take the lead. If other countries want to join in, so much the better. But if necessary the UK could go it alone. After all, this is a government that budgeted £37bn in not much more than the blink of an eye to fund its dire track and trace system. Given commitments already made by G20 leaders, the exact amount required for the global vaccine programme would in practice be nearer $30bn.

So what’s not to like? Since the loan would be interest free, there would be no current burden on the public finances, and the cost of redemption in ten years time would be most unlikely to be a problem for the present government.

Up-front money is the key to building the capacity that will be necessary to produce adequate supplies of vaccine in low-to-middle income countries, and to ensure its equitable distribution. Some 3.75 billion vaccine doses have so far been administered worldwide, but only around one per cent of people in low income countries have had their first dose, and Covax – the worldwide sharing programme directed by the World Health Organisation – has so far distributed just 136 million doses, split between more than 120 countries.

Meanwhile, the rich countries have built enormous vaccine stockpiles: forecasts suggest that the US alone will have a surplus of 350 million doses by the end of August. A massive increase in dose sharing is both a possible and a necessary step towards ending the global pandemic. Taking a lead on financing vaccine supplies would put the UK in a strong political position to encourage this outcome.

Leaders in rich countries like to repeat the truism that “the pandemic will not be over anywhere until it is over everywhere” – but then they do precious little to follow through. It doesn’t have to be that way. Prime Minister Boris Johnson will never have a better chance of going down in history as a global leader who actually made a difference.

Richard Lambert is Chairman of the British Museum, and of Bloomsbury Publishing. He was Editor of the Financial Times from 1991–2001, a member of the Bank of England Monetary Policy Committee from 2003–06, and Director General of the CBI from 2006–11. 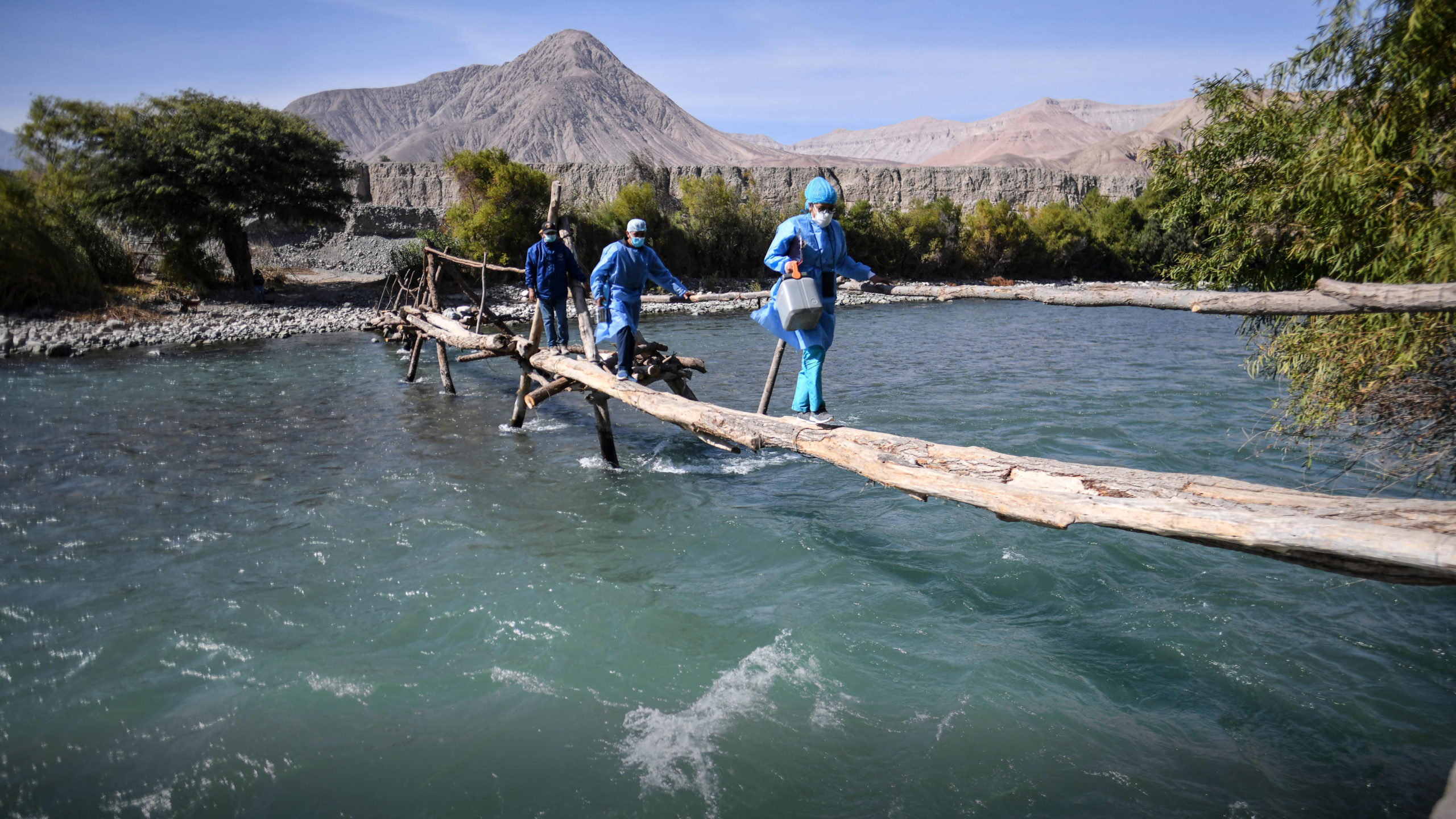 To solve the global vaccine crisis – follow the history

To solve the global vaccine crisis – follow the history