A decade after England’s unrest, social media has become capable of radicalising a mob. But to avoid repeating the scenes of that summer, we must tackle the root causes – poor policing, inequality and racism 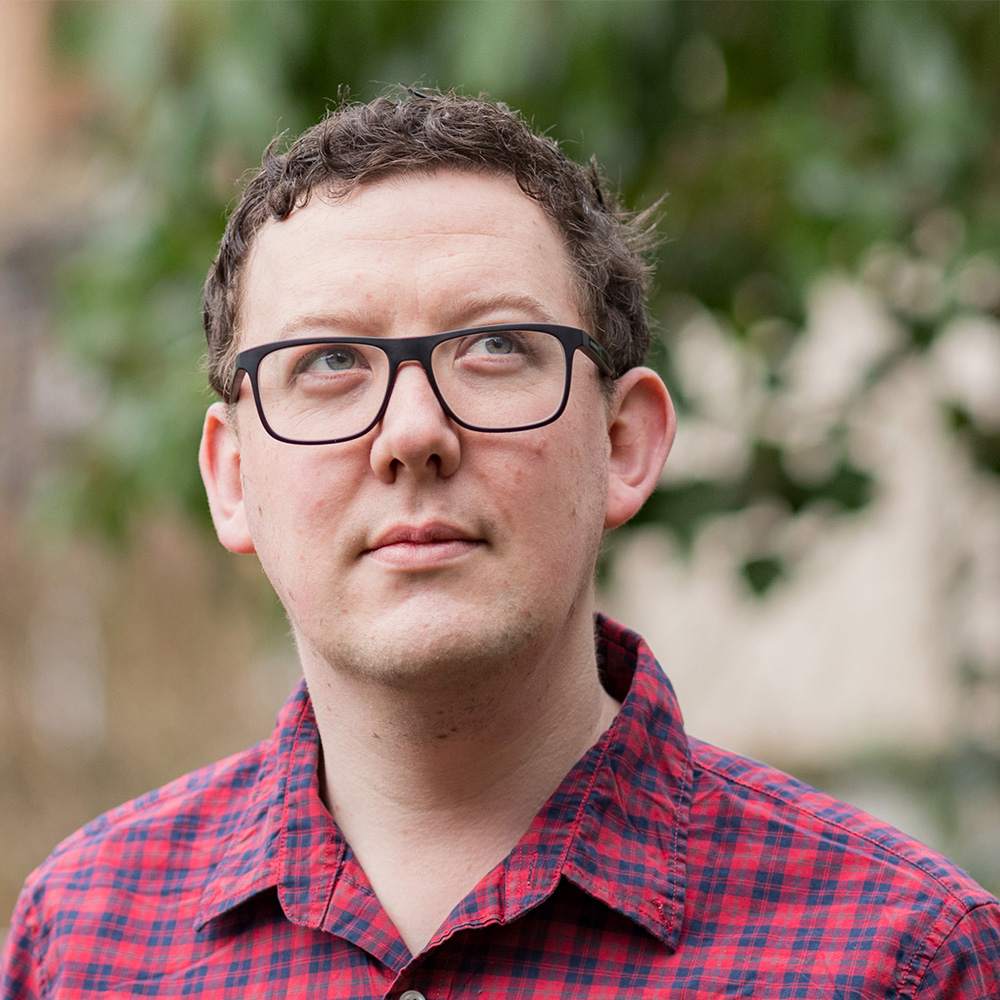 Shortly after 6pm on 4 August 2011, three cars full of armed police officers attempted a “hard stop” on a car containing Mark Duggan, a Black man they suspected of having recently bought a gun.

Seconds after the stop began, Duggan was dead. The early police story suggested Duggan had fired at the officers – seemingly corroborated by a bullet lodged in a police radio – and the stop had been part of an intelligence-led operation.

Friends and relatives insisted Duggan had been unarmed, and the shooting came at a time of already dismal relations between police and many of London’s Black communities. Despite warnings that the police should act to address concerns people had over the killing, anger quickly overspilled.

People took to the streets in what first became known as the Tottenham riots, then the London riots, then the England riots. What had started as a genuine outpouring of anger from Tottenham’s Black community was seized on by others with mixed motivations – many also furious at UK policing, some spotting a chance to do some looting while police had clearly lost control, and others just looking for a strange version of a good time.

By the time the riots had largely abated five days later, five people were dead, more than 200 injured, thousands of buildings raided or attacked, and more than 3,000 people had been arrested.

These riots could have served as a reckoning – years before Black Lives Matter – of the state of racism in the UK, not to mention policing in London and across the country. They might have served as a reflection on the UK’s parlous economic state in the immediate aftermath of the financial crisis, or many other problems.

But more than any of these issues, in the short term at least, the media and many politicians seemed occupied by a different question: had these riots been caused by social media?

Ten years on, it’s hard to immediately decide if that question has aged brilliantly or badly. There is no doubt we’ve been hearing stern questions asked of social media giants far more often, and there has been a tidal shift in opinion about whether they’re good or bad for society.

Just a few months before the 2011 riots, social media companies were lauded for their somewhat overstated role in the Arab Spring uprisings, as younger and tech-savvy citizens of several African and Middle Eastern nations used social media as one of the tools to help themselves mobilise.

And well-meaning westerners could get involved, too. As flailing autocrats limited internet access or turned it off entirely, hackers and activists across the world helped those in the country to get their messages to each other and to the world. If anything was ever a demonstration of the power of the internet to bring people together and to challenge existing power, it was this.

And then, just months afterwards, the idea occurred to many for the first time that connection might not always be a good thing. Had rioters used Twitter to coordinate their actions? And might they have even used a secret, secure, invisible social network – BBM – that most newspapers hadn’t heard of, too?

From the vantage point of a decade later, social media’s ability to both radicalise and mobilise people in dangerous ways is indisputable. The PizzaGate conspiracy – a precursor to QAnon that suggested there were coded references to paedophilia in leaked emails from Hillary Clinton’s team – led an armed man to raid a Washington DC pizza parlour.

A man was arrested by the Hoover Dam with a rifle, having been radicalised by QAnon, a conspiracy suggesting Donald Trump was the last hope against a global paedophilic elite. Examples abound of conspiracies such as these, born on fringe forums known as “chan” sites and laundered into the mainstream via Facebook and YouTube.

And – right now – we’re seeing on a daily basis how all this can happen on a mass scale. Social media has played a huge role in radicalising and bringing together people from different conspiracy theories, anti-vaccine groups, and people just reasonably hesitant about lockdown or vaccination into a strange and united fringe movement.

Back in 2011, though, the question of whether social media mobilised the riots – and, crucially, helped to organise them – was a much more open one. Neither police officers, politicians, nor much of the media bothered to wait for actual evidence before answering it during the days of the riots. All suggested the riots were a social media problem.

This is a good trick to avoid debating real societal problems that might require an admission of failure on the government or police’s part. Instead of trying to have a discussion about perennial and perhaps intractable issues, we leap to an easy narrative about a few bad tech companies versus the rest of us.

For that reason, when a team of us at the Guardian and LSE decided to launch a several-months long investigation into the riots, called Reading The Riots, we included an investigation into several million riot-related tweets, too – with help from computational academics from the University of Sheffield.

That research showed almost every assumption the authorities had made about rioters coordinating via Twitter was wrong. People used Twitter then as they generally do today – to share news and rumours.

Activity for each area with riots spiked some time after rioters had actually arrived there – bystanders were simply reporting on what they could see. Early tweets for each area included few, if any, suggestions for other rioters to head there.

Where Twitter did mobilise at least a few people was during the daytime respites to the rioting, which saw #riotcleanup trend for several days running, as people volunteered to help clear up rubbish and damage.

Twitter’s biggest sin, if anything, was misinformation: photos of Egyptian tank deployments were reported as being near the Bank of England; people falsely claimed tigers had been released from London Zoo; and so on. But Twitter didn’t mobilise the riots.

The claims around BBM were harder to test. Few of us would remember it now, but Blackberries were still dominant in 2011, and the phones – initially targeted at businesses thanks to their strong security – caught on with young people.

BBM, short for BlackBerry Messenger, essentially worked like a slightly-more-difficult-to-use WhatsApp, rather than an open social network. But this very fact meant that saying “BBM was used to coordinate the riots,” was essentially as meaningless as saying text messages or phones coordinated the riots.

This accusation was itself revealing about the lack of diversity in newsrooms, as well as in the upper echelons of politics and policing. So often, there was simply no-one in the room who understood how young, predominantly Black, youths used their phones.

In many ways, the social media analysis done by Reading The Riots was the least important part of the project. For instance, we analysed hundreds of the prison sentences meted out to rioters, to find that those sentences were often five times longer than those typically attached to comparable offences.

And we also interviewed 270 actual rioters about what motivated them to do what they did. While rioters admitted that they’d just been looking to loot, a sizeable majority felt deep and genuine anger at the police – and many could recount alarming incidents that happened as a result of police contact.

The story of the initial stop of Mark Duggan became much more ambiguous, too. Contrary to early police accounts, there was no evidence that Duggan had fired a gun: the bullet found in an officer’s radio had been fired by police themselves, at Duggan. A BB gun modified to fire live ammunition was, however, found at the scene. At a minimum, the local community had been right to doubt the initial police account.

We had hit on a number of answers grounded in months of research – but that didn’t suit the government or the home secretary at the time, Theresa May, one bit. Invited to comment on the findings, May instead delivered a speech – pre-briefed to right-wing media – condemning the Guardian and its academic partners for daring to try to understand what happened in an unprecedented moment of unrest.

The debate over the role of social media in the London riots ended up being repeated on ever-larger stages over the decade that followed, and looks nowhere close to resolution.

On the one hand, we now know that social media is a catalyst of unrest, a source of radicalisation, and a tool that is very capable of delivering real-life crowds and even mobs. We have had a decade to see that our current approach doesn’t work and that networks don’t take enough responsibility for their content. We do need to talk about this – and, crucially, to act.

But, on the other hand, there are bigger problems in life than content moderation – all too often, debates that should be about policing, inequality, racism or some other modern-day horror are allowed to turn into debates about social media. It is in the interests of many organisations and groups with vested power that we have the social media debate, rather than the proper debate.

The England riots could have provided an opportunity to face up to questions about race in the UK – and the decade after has shown time and again the costs of failing to do so. We must not let the real problems of big tech be used as a distraction from even larger problems in the offline world.

James Ball is the global editor of the Bureau of Investigative Journalism and is a columnist at the New European newspaper. He is the author of several books, including Post-Truth: How Bullshit Conquered the World and The System: Who Owns the Internet, and How It Owns Us.