It may be cynical to say so, but, if people are not moved by the humanitarian case for global Covid vaccination, they might grasp that their own self-preservation depends on stopping the emergence of deadlier variants

The Conservative MP Andrew Bridgen is yet to recant his stated belief that he is entitled to an Irish passport by dint of being English. Typically, in Brexit Britain, such woeful public ignorance has done nothing to deter broadcasters from “booking” him to comment on every subject under the sun.

Only this week, for example, he reintroduced the word “indigenous” to the public sphere. When I started presenting radio phone-in programmes almost twenty years ago this word, invariably followed by the phrase “tribes of Northern Europe”, was the preserve of particularly pungent xenophobes.

I suppose it still is, only the platform has changed. It is also, of course, quite meaningless. Does Bridgen, married, incidentally, to a Serbian woman, refer back to Boudicca, to the denizens of Doggerland, or just to his Grandma?

The problem with the migration (see what I did there?) of such sentiments from pubs and Monday Club meetings to members of parliament is obvious and well-rehearsed. But when viewed alongside the dread phrase “herd immunity” it assumes a new and urgent danger. What, exactly, is our herd? Who is in it? Who is not? And how much do the answers to these questions describe and determine the likelihood of a planet achieving “immunity” from a virulent virus?

Even a gob on a stick, with no scientific training beyond a B grade in O-Level Biology, can understand the problem: the more Covid-19 infections there are, the more likely the emergence of a new variant; the more new variants emerge, the greater the likelihood of one proving resistant to the vaccines already in circulation.

Tragically, this emergency has presented itself at a time when, in the United Kingdom at least, the people in power prioritise exceptionalism over experts, insularity over internationalism. This is why Prime Minister Boris Johnson can blithely pursue the approbation of Bridgen’s ilk by cutting the funding of international development. It has been confirmed by UK Research and Innovation that Rishi Sunak’s decision to reduce overseas aid spending from 0.7 per cent to 0.5 per cent of gross national income will bring about a reduction in the international development budget that will lead initially to a £120 million shortfall for 2021–22.

It was, inconveniently for Johnson and Sunak, the same overseas budget that provided funding for Sarah Gilbert’s crucial work on the “platform” vaccine that enabled what became the AstraZeneca vaccine to be so speedily and successfully developed.

Speaking to Gilbert, Professor of Vaccinology at Oxford University, shortly after she received a standing ovation on Wimbledon’s Centre Court, I found myself wondering whether the best way to defuse the toxic Faragist rhetoric of only “looking after our own” might be to appeal directly to the pathological selfishness that animates it.

She told me: “I hope that we’re now going to reach the position where it’s recognised that vaccines are needed for everybody, they’re needed in this country and they’re needed for the whole world as well, and vaccinating the whole world is the best way to protect us because if we don’t there will be new variants arising and we will never get back to normality if we can’t get everybody vaccinated.”

Mine is a bleak and cynical analysis, but we are living in bleak and cynical times. If we can turn the spending of money on vaccinating people in poor countries into an act of self-preservation, as opposed to one of altruism, then the importance of doing so might penetrate a skull as dense even as Andrew Bridgen’s. The only way, in other words, to protect the “indigenous” is to vaccinate billions of foreigners.

Gilbert continued: “People really must realise that we have to get vaccines out around the world, and there aren’t enough of them yet, and we need to make sure that we get more made and distributed, because if we don’t the virus is going to continue to circulate and to mutate, and we won’t be able to travel, and we may reach a point where the vaccines that are in use now are much less effective. We have to continue to get this vaccine out to everybody for our own protection as well as theirs.”

Professor Gilbert’s qualifications extend far beyond O-Level Biology. We can only hope that her warnings are heeded.

James O’Brien is an LBC presenter and best-selling author 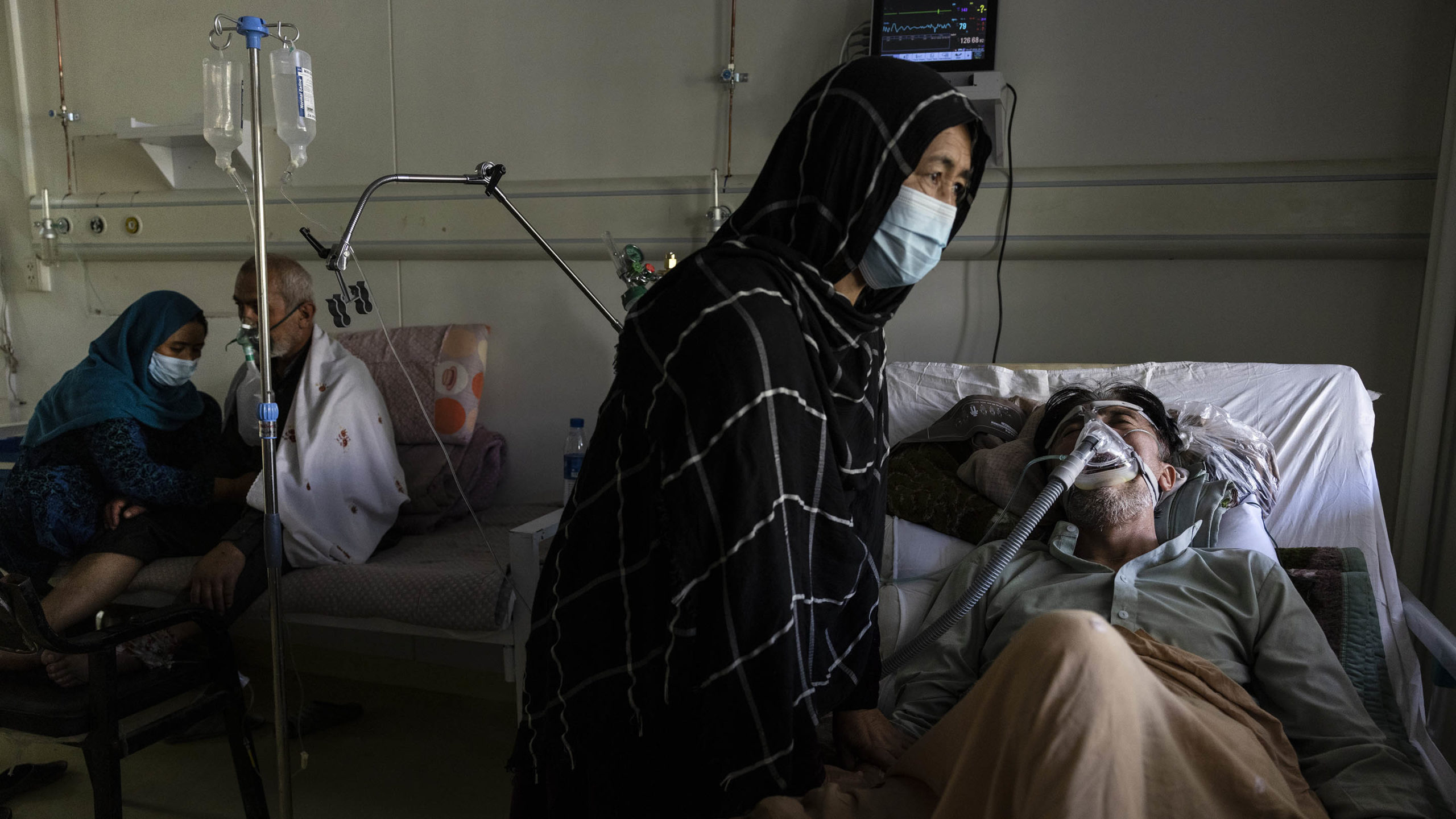 In Afghanistan, the vaccines have dried up

In Afghanistan, the vaccines have dried up

The country is suffering from a terrible third wave and continuous conflict. Help has been promised and some has arrived – but, ahead of one of the year’s major religious festivals, it’s not enough