Masks will be an important barrier against Covid transmission, before and after 19 July. But we should look further afield to the real challenge – which is to vaccinate the world’s population

Last week I joined the nearly 70 per cent of UK citizens who have had at least one vaccine dose. I wasn’t expecting to feel different – I had a busy day, and I’d not thought about it much at all beforehand. But walking out of the large vaccine centre, I felt optimistic.

Like most, I’d marvelled at the success of getting jabs in the arms of so many at such pace. In Britain, we are well on our way to undoing the restrictions that have determined our movements for so long. Finally, I thought, this pandemic might be nearing its end.

What I’d not realised is the price those less fortunate than ourselves were forced to pay for this feat to be possible.

The truth is that our own reopening belies a deeply unequal situation worldwide. Just 0.3 per cent of jabs have been administered in low-income countries. For the 92 nations included in this category, current projections estimate they’d need until 2078 to vaccinate their populations.

To put this divide into perspective: the richest countries, ourselves included, are poised to achieve full domestic vaccination by the end of 2021.

Before somebody working in this area showed me this, I’d had no idea that Covax – the delivery system for vaccinating the world’s poorest – was in such a desperate state. I’d not known, for example, that they’ll be at least 200 million doses short by the end of this month (doses equivalent to fully vaccinating a country as populous as Egypt).

Meanwhile, countries such as ours are stockpiling spares. This, in spite of the images of India’s Covid graves exposed by the river Ganges, where hundreds of bodies washed up by seasonal flooding laid bare the scale of suffering this virus has unleashed. In Africa, the Delta variant is ripping through the continent at alarming speed. Dose pledges from wealthy countries, the vast majority of which will not arrive in time to halt this new wave, are far too few, too late.

I know we have our own problems with the Delta variant – the more transmissible strain largely responsible for the UK’s latest spike in new cases. But, for us, this wave is different to the last. Cases are rising, yes, but hospitalisations and deaths remain low. The vaccine has dampened the virus’s lethality, and in the UK we’re the better for it.

So much so that I picked up my phone recently to see a row unfurling on mask-wearing in the UK. People are consumed by arguments over whether we should stop wearing them on 19 July – the point when most of the remaining restrictions are lifted. Now, masks are very important (I’ll certainly be wearing mine); but when other nations continue to bury hundreds of their own citizens daily for lack of swift vaccination programs, can we admit that the priorities of our news coverage have become at least a little parochial?

The tragedies of elsewhere should be our tragedies too. But even if you don’t agree with me – you think, for example, that we should vaccinate everyone in our country before helping people elsewhere – you’re missing the point. Covid doesn’t work like that. Virus hotspots abroad play host to new variants, and, someday, possibly quite soon, one may well emerge which is as transmissible as it is lethal: if it’s resistant to vaccines, once this new variant is unleashed we’d have nowhere to hide.

Governments, businesses and citizens need to come together and focus on this immediately. The G7, due to meet again in Rome in October, need to up their financial and dose commitment dramatically beforehand.

The Arms Race campaign at Tortoise initially struck me as too ambitious. A small news organisation, vaccinating billions? Well, the coalition of coalitions envisaged – if effective – will go a long way in helping. It’s a huge undertaking, but sadly this is the scale of the challenge we face. Ten billion doses are needed for us to have a chance at beating this virus. I’m asking leaders to give humanity a fighting shot, while we still can.

Emma Corrin is an award-winning actor 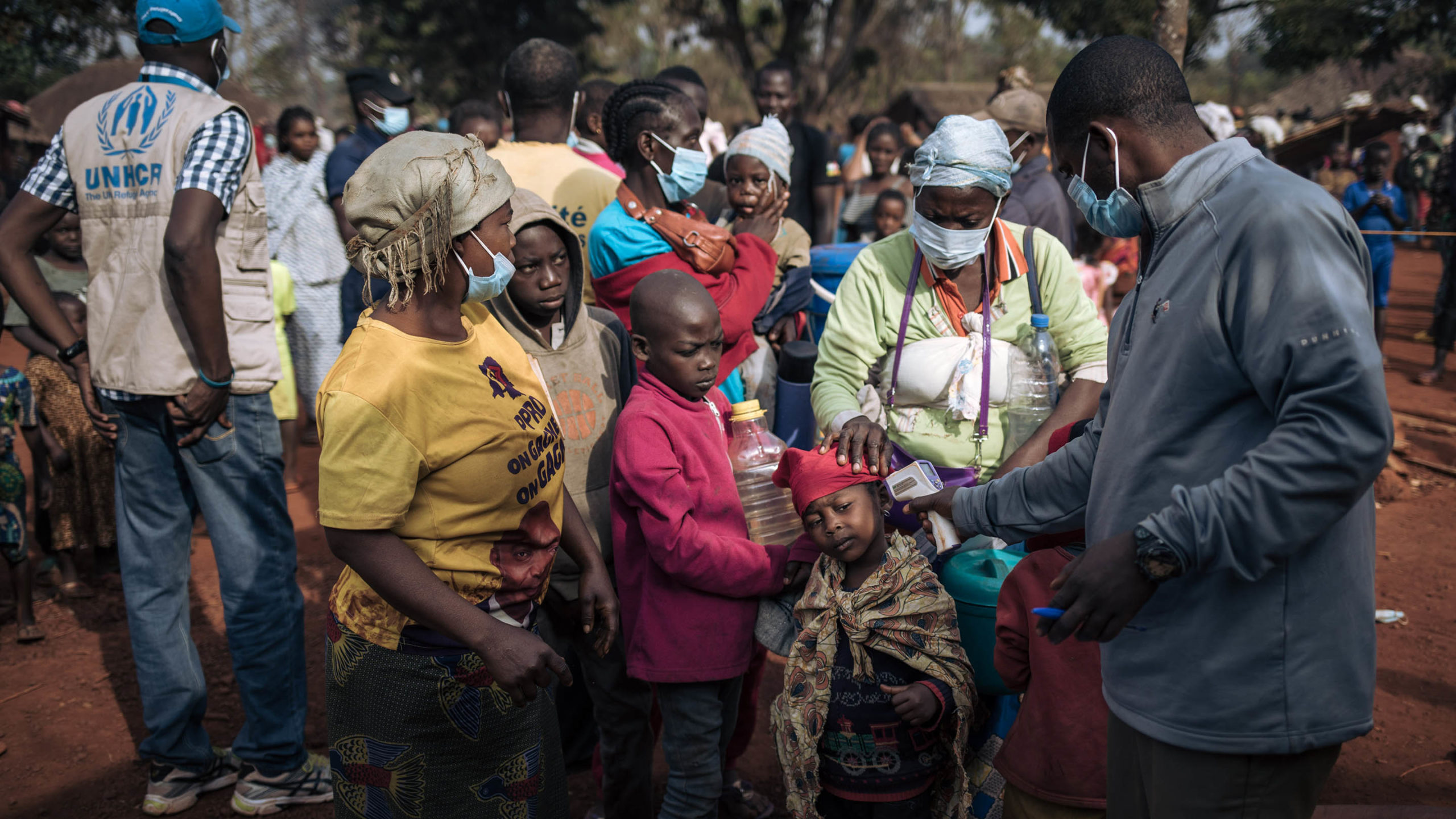 Global vaccination is a moral imperative. But it’s also self-preservation: if the virus continues to mutate in unvaccinated parts of the world, we could all be back to square one