If you read its own material on sexual harassment and assault, the University of Oxford is a paragon of good practice. It has been used as a positive case study in briefings for MPs. This is, we are told repeatedly, a place where the problem of sexual violence, particularly against women, is treated with “innovative and sector-leading care”.

Every institution in the country has problems dealing with these issues. But the university’s unusual structure – a central institution with students assigned to 40 independent colleges – creates tensions about who is responsible for what when it comes to matters as serious as these. The small colleges also behave in inconsistent ways and deploy improvised solutions.

Take one recent case, dealt with by a college: a current undergraduate reported that she had been sexually assaulted by another student. She did not feel well enough to begin a formal report at the point of her disclosure, but she was also never told what that procedure might look like, or what options she had available to her.

Instead, the college came up with an ad hoc response to her report. She was asked to submit “action points” – detailing the actions of the man who assaulted her so that he might be given personalized training in how to behave, a task she found humiliating. The “action points” for him to work on included notes that you should not continue in a sexual act when asked to stop or initiate one with somebody too drunk to consent.

Versions of this story play out across the University. And students find that by involving the college at all, they are automatically beholden to their confidentiality rules. Even after their cases have concluded, students often worry that discussing their experiences could lead to disciplinary action against them. As a result, sexual violence at Oxford is handled with a secrecy which helps to hide its prevalence.

Furthermore, harassment procedures are treated as a disciplinary or HR matter, rather than a complaint by one student against another. The rights of the accused are well defined and protected. The rights of complainants are not.

Last year, the university investigated a member of the history faculty. This was not the first time concerns had been raised about his conduct. Several years earlier, in 2017, a number of his colleagues had written individually to the chair of the faculty with their concerns, but were told no action could be taken. In 2020, however, the collective reports of five staff members and two students initiated a formal investigation. After a six-month procedure, their complaints were upheld.

But the consequences of this finding were not disclosed to the complainants owing to a confidentiality clause in staff disciplinary procedures. One witness was not even told the potential outcomes which could arise.

Even when the reporting students are acknowledged, they are rarely entitled to the same rights – for example, typically only accused students can appeal the outcome of an investigation.

Some colleges try their best to apply workarounds to make their existing policies more manageable and humane for complainants. When a student at Merton reported another member of college for serious sexual violence, Merton had to use the procedures laid out in its bylaws. As a witness to the complaint, rather than its complainant, the student had to submit to cross-examination by the man she was reporting.

The college did its best to protect her wellbeing as well as her immediate safety — in this case, arranging the cross-examination through a video link, with his questions put to her by a chairperson rather than directly. She felt supported – and the college upheld her report. She found their outcome respectful of her safety and of the seriousness of his behaviour.

Merton made an effort to ensure this woman felt safe, but even the relative successes of this case relied on the determination of the staff to get to a reasonable outcome – in spite of capricious and outdated rules.

In 2016, Oxford launched a Sexual Violence Working Group, chaired by Helena Kennedy QC. The working group’s job was to respond to new guidance from Universities UK and present its findings to a university-wide meeting in 2017.

The working group’s report makes a key recommendation to remove the role of colleges and proctors – the central university’s disciplinary officials – in student allegations of sexual violence, with cases instead being referred to a central, specialist Sexual Assault Referral Centre within the university. But so far that recommendation has not been applied with regard to colleges – and the result is some confusion.

For example: Linacre College‘s rules warn that the disciplinary side of serious sexual misconduct cases should not be dealt with in college, but by the university. But the proctors are entitled to turn away cases which could, in principle, be handled by a college. Last year, Lincoln College tried escalating a case to the university level on the basis of its severity – but the proctors declined.

There is a problem with Oxford’s handling of sexual assault cases, which relates to their treatment of allegations which could also constitute criminal offences. In at least two cases in 2019, the proctors rejected the cases on the basis of their seriousness. In both, they insisted that “the University’s procedures are not an alternative or substitute for the criminal justice system”.

The same approach came under fire earlier this year, when the university boat club and the proctors failed to respond to serious allegations against an elite athlete. Although reasons were given to the proctors for why they should take up the case, they did not do so.

Some colleges, too, have cited similar legal advice in declining to take up cases. If students do approach the police, colleges will pause or postpone their own processes, for fear of prejudicing investigations. But – because of the gravity of the allegations – colleges will often also not take on cases if there has not been a police report.

This is not the accepted position of the higher education sector. Guidance from Universities UK, the national body representing higher education institutions states that: “in our view, alleged student misconduct which may also constitute a criminal offence can and should be dealt with in the same way as other potential breaches of discipline.”

Even where it takes on cases, the central university lacks appropriate structures and resources: in the history faculty case, the investigator was not a professional, but a professor from a different faculty. The university explained: he was an “experienced academic”.

The university told Tortoise that “the university and colleges are also in the process of jointly establishing a new structure for discipline which extends current expertise in these matters.” The institution is currently trying to build out its central capacity.

These new structures will need to be well funded. In 2018, a new “Support Service” was launched. They expected 50 students in their first year. In the first term, 65 students accessed the service, and 167 were referred in just the first three terms.

This service has, to date, also struggled with transparency. Most of the staff do it as a sideline to their main jobs. And there was alarm when the service was revealed to be providing support to students accused of sexual violence, as well as students subjected to it.

The university told Tortoise: “Student welfare services are available to all students as part of our duty of care, so it is entirely appropriate to provide welfare support for students accused of sexual misconduct, as well as to survivors of sexual violence, although this work is delivered separately.”

The university also launched, and then dropped, a “zero tolerance” marketing campaign. An insider told Tortoise that the University abandoned the phrase after feeling that it was not enforceable.

The university told Tortoise: “The University of Oxford always treats all forms of sexual violence or harassment as completely unacceptable. When students report sexual violence and harassment, we respond swiftly and deal with complaints as quickly as possible.”

Oxford is the richest higher education institution in the country. It has more capacity than other institutions to address this problem – but its byzantine structure means that it has particular weaknesses, too. 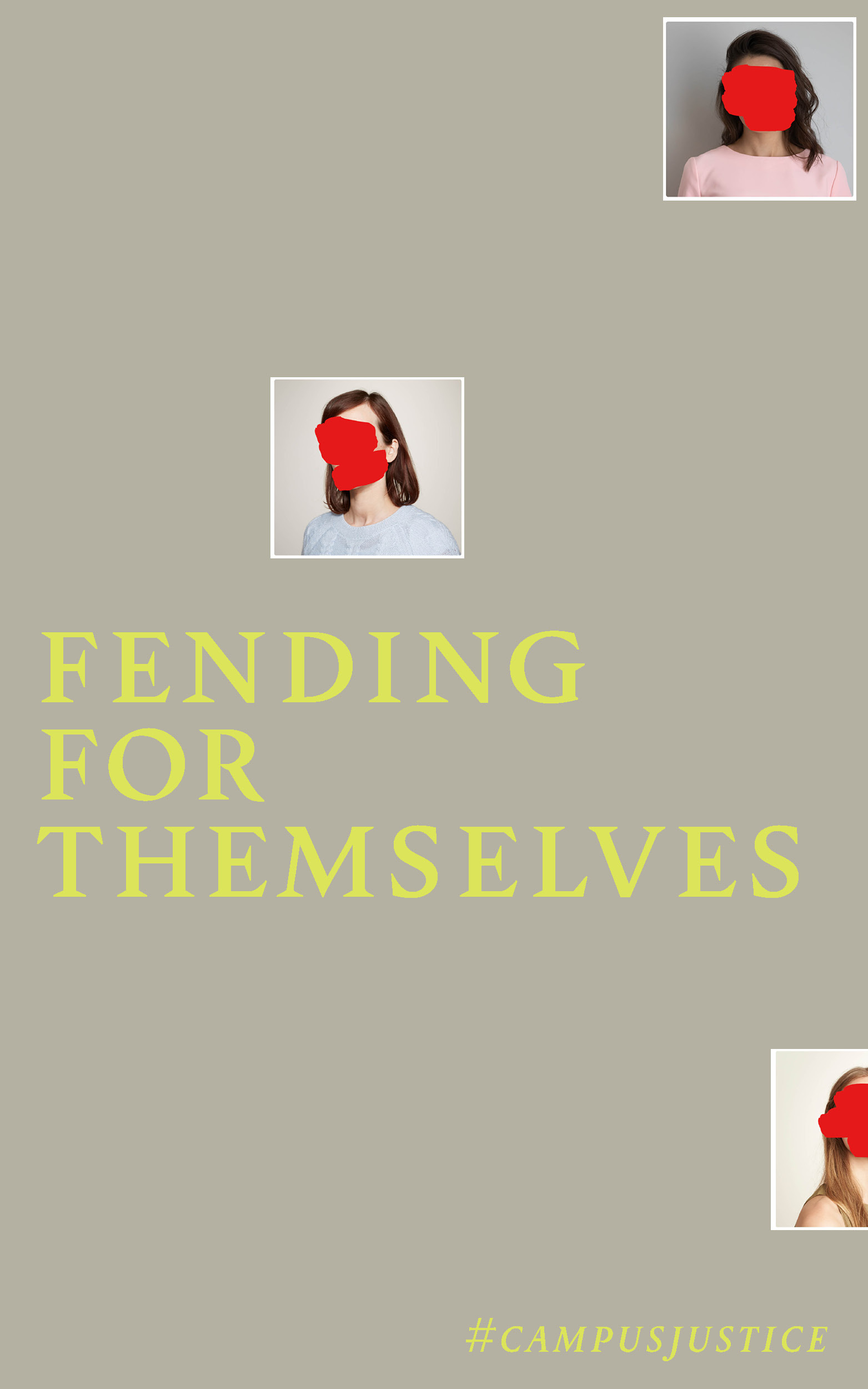