Being a student journalist in the 2020s seems to mean becoming an expert on harassment and abuse – the single biggest issue on campus right now. I was the editor of the Boar, the outlet for students at Warwick – a university which had a string of high-profile cases.

Just a fortnight ago, a student told my old paper about her sexual assault case: “I just said no, I remember saying no more than once… He had this book – it was quite disgusting and there was a whole chapter on how you isolate the victim. He often quoted it.” As part of the process, she recounted having to sit on a video call with her alleged attacker. (According to the university, “survivors can choose whether and how they would like to participate” to avoid such confrontations.)

Her story is horrific, but follows a pattern I have heard repeatedly. Assault, misogyny – then a limp response from the university.

In 2019, Warwick allowed one of their star players to participate in a Varsity match only days after finding charges of serious sexual misconduct proven against him. The victim in this case had shown the university evidence of 24 bruises resulting from the attack. But the perpetrator remained at the university for nearly a year after the assault.

And, before that, Warwick was at the centre of a national scandal: the Warwick group chat scandal. A group of men sharing hundreds of messages about raping freshers, genital mutilation and assaulting their female friends.

This year, the Everyone’s Invited movement has revealed what victims were shouting at the time – this behaviour isn’t rare at all: the website, which allows anonymous testimony from education institutions, has compiled copious testimonies of alleged abuse on 86 campuses in recent months. Under-reporting remains a problem but, even so, there are now, on average, 18 cases reported each week.

Unsurprisingly, Warwick was implicated in the list of top institutions where assaults had taken place. “Every girl I know has been inappropriately touched on a night out… or felt unsafe in certain situations,” a student told the Times. She said that she and her peers had discussed the group chat scandal shortly after starting university, reassured when her male flatmates denounced the men’s trivialisation of sexual violence and misogyny. Perhaps they thought that toxic culture had changed on campus?

“I felt safe, trusting that these were boys I could rely on to be ‘some of the good ones’. One of those same flatmates would end up raping me, less than six months later.”

Warwick told Tortoise: “we have made significant progress over the last 18 months to improve safety and support for students… Every member of our community has the right to feel safe and supported at Warwick and our policy on sexual misconduct is clear – it will not be tolerated.”

But the truth is that most university systems handling sexual misconduct are not built for equal treatment of the alleged victim and perpetrator. “Disciplinary processes are effectively between the university and the accused,” says Georgina Calvert-Lee, the lawyer who secured tens of thousands of pounds for the Warwick group chat women.

“The only individual that they care about is the accused. That’s the person that has all of the rights and privileges.” Calvert-Lee warns that this system even risks universities breaking the law. “The complainant has no rights to see evidence put in against them; to attend the hearing; to see the outcome, or to appeal the outcome. It risks breaching the Equality Act.”

What message does it send to perpetrators of sexual assault when universities fail to take action against them? Or, in the case of the Warwick group chat, sneak those “convicted” of sexual misconduct back onto campus within a year, when their actions originally invited an incredible 10-year ban? When one attacker was allowed to remain on campus in December 2020, Calvert-Lee denounced the university as always backtracking on promises whenever “we turn our backs”. Will we ever see meaningful change?

In the wake of the group chat scandal, Warwick made a string of promises to ensure rape culture and the university’s subsequent mishandling of it was tackled. This was going to involve a commitment to greater transparency and “a lot of talk about values” among the community. Whatever that means.

For one student, this certainly didn’t happen. He made a complaint to Warwick only a year after the group chat scandal, following persistent sexual abuse by a member of staff. He told Tortoise that it took Warwick months of investigation to sack the staff member – seven months after his initial complaint. During this time, he withdrew temporarily to avoid encountering his abuser on campus, taking his safety into his own hands.

Like many other students, he was forced to chase the university for updates on his case and claims he was subject to victim blaming. As a bisexual man, he said that “so much of the burden was on me to explain how I hadn’t given consent, and I was asked if I had done anything to lead [the member of staff] to think I’d given it in the first place”.

The university said: “The length of time between an allegation of sexual misconduct being reported to the University, and the outcome of a disciplinary process (if one is pursued), can vary significantly. This depends not only on the approach which the survivor chooses to take, but also considerations of all parties involved.”

Even at Warwick, where the group chat scandal made this problem a serious and persistent embarrassment to the university, students still reporting glacial delays implementing vital safeguarding is putting victims at risk. “Delay is not neutral: it punishes the survivor and the accused,” says Calvert-Lee. It tells abusers that campus is theirs to reign, and suggests Warwick is not living up to its promises. Warwick is, sadly, not unusual. The situation on some other campuses, where vice-chancellors have escaped the attention of the media, is often worse. It’s time that universities openly acknowledge that sexual violence and misogyny is endemic on their campuses. Only after those at the very top of the institution accept this reality and take a heavy hand in challenging it can women feel safe on campus. 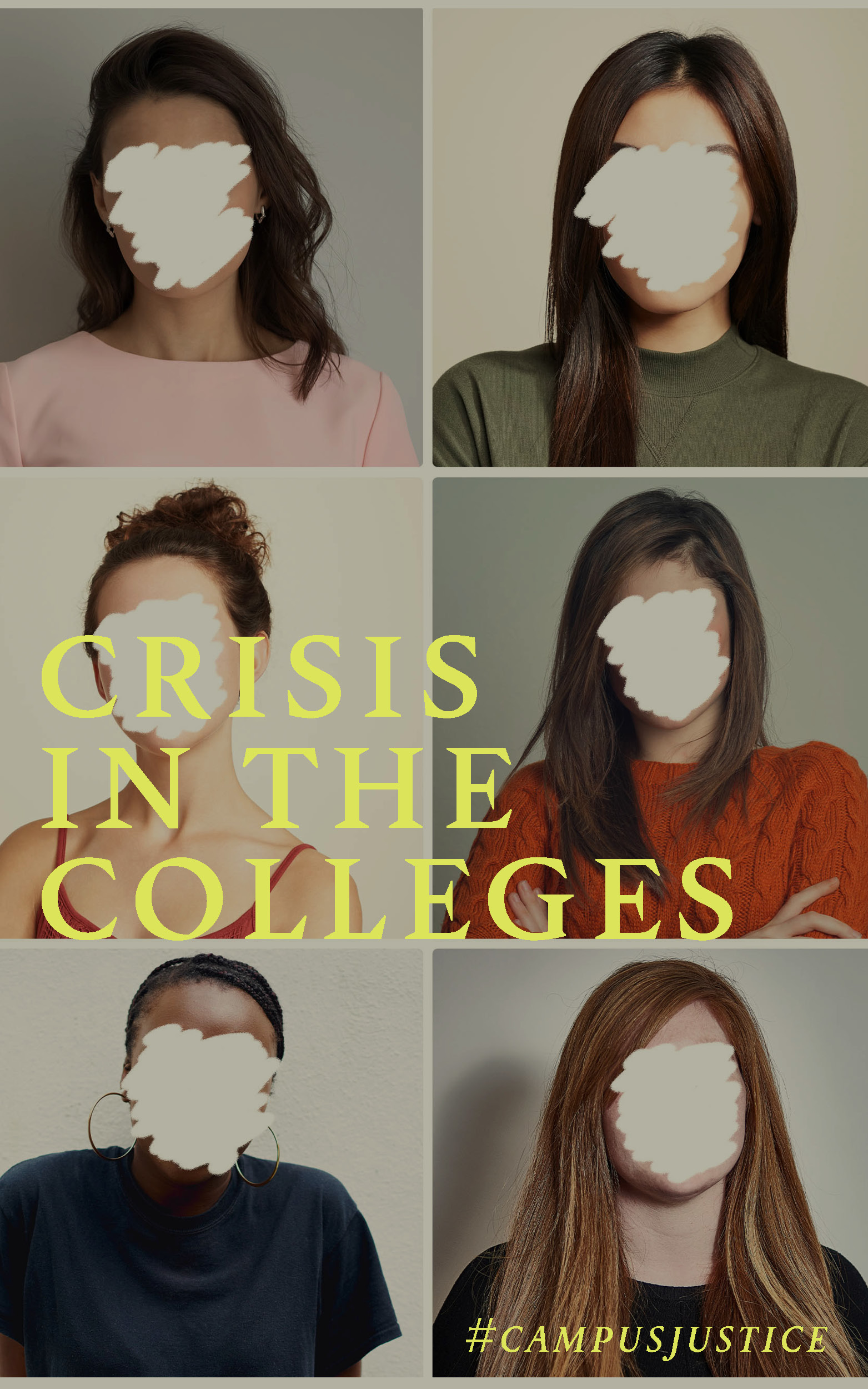 Crisis in the colleges

Crisis in the colleges