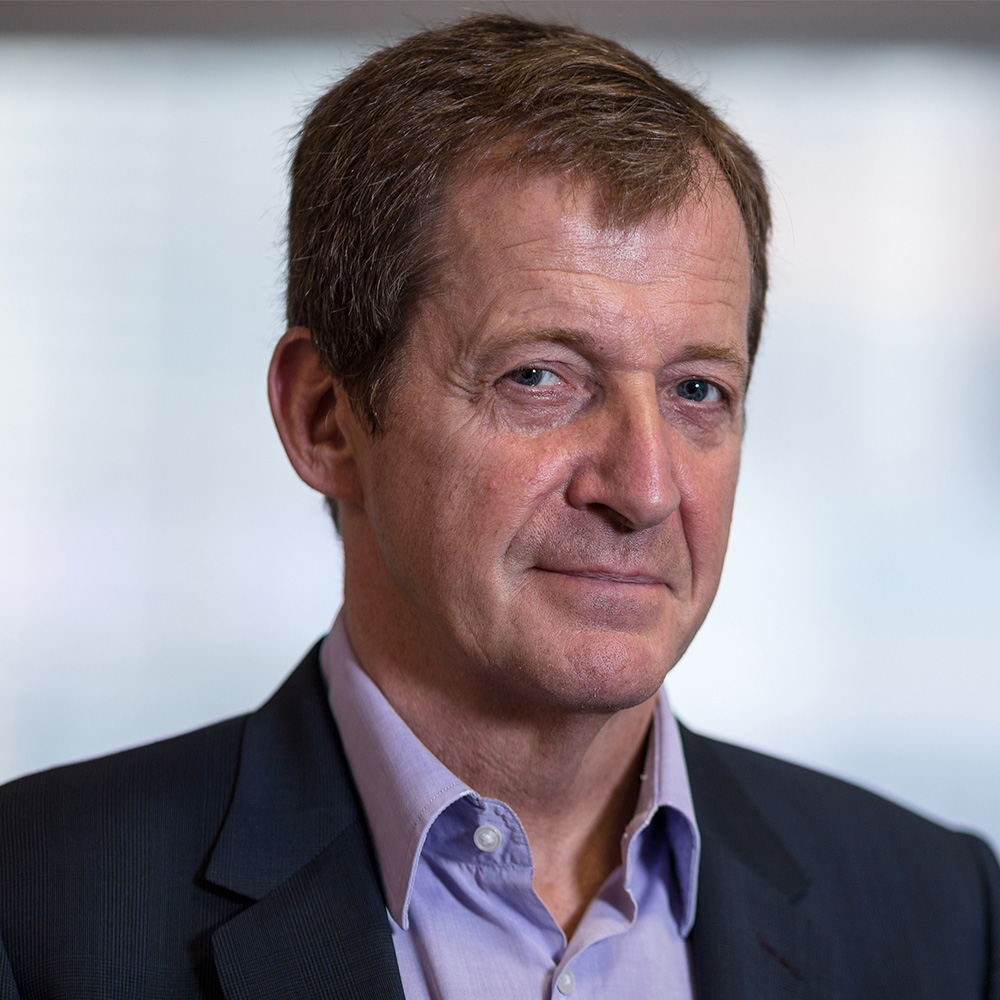 When professional football returned after being so rudely interrupted by Covid, it did so without fans – an unusual experience for players, and a frustrating one for those of us for whom “being there” is as important as what we are actually there to watch.

I speak as someone who has seen my own club, Burnley, hundreds of times at our Turf Moor stadium, and at 87 away grounds in England, two in Scotland, as well as in Turkey and Greece.

When, aged four, I first saw Burnley, they were reigning League Champions; yet a quarter of a century and several relegations later, they had to win at home to Orient to avoid relegation from the old Fourth Division, which would have meant expulsion from the Football League of which the club was a founding member in 1888. Reflect on how much history – touching how many teams, how many games, how many people – nestles in that single-sentence summary of just one football club’s past.

We survived, beating Orient 2-1 on 9 May 1987. And so the long up-and-down journey back to the top flight began. By 2018, we were in the Europa League: unfancied, unfashionable Burnley, with the lowest wage bill in the Premier League, a town whose entire population could fit into Barcelona’s Nou Camp stadium, with 12,000 seats to spare, travelling to Aberdeen, Istanbul and Athens… happy days.

In lockdown, I have been luckier than most, in that I occasionally do the co-commentary for the club website, and so have seen some of our games live, in the flesh. I will confess, however, that even when we have won, I have not really enjoyed the experience. It’s made me think how right Jock Stein, Celtic’s legendary manager, really was: “Without fans who pay at the turnstile, football is nothing.”

For that reason, I have never used the fake crowd noise facility provided by broadcasters, with its recorded chants, and algorithmically driven “oohs” and “aahs”, for the very reason that I did not want to see fanless football normalised into just another sporting spectacle, orchestrated purely for the pleasure of people watching in pubs and armchairs around the world; the vast numbers for the big games guaranteeing vast wealth for the players, managers and owners at the top of the tree.

Though I have watched every minute of every Burnley game, I have watched far less football as a whole than at any time during the modern age of multi-channel televised football. It really is not the same. Fans are part of the spectacle. Atmosphere matters. That, and the bonds that tie different people to the same thing, the same cause, the same shared memories of the past and hopes for the future, are the reasons we love it, the reasons we keep going. A proper football club is not merely part of its community. It is a community all of its own.

I can remember the exact moment I realised that my non-Burnley TV-football-viewing habits were changing as a result of Covid. It was during one of the early Manchester United games at an empty Old Trafford, and draped behind one of the goals was a huge banner bearing the words “‘Football is nothing without fans’… Sir Matt Busby.”

It was clearly a “we miss you” message from club to fans. But it also spoke, inadvertently, to what I was feeling about the drab spectacle on offer, and I switched off. It seemed so typical of 21st century football and its phoniness that a club would take a quote from one great Scottish manager (Stein) and wrongly attribute it to another (Busby), who happened to have been manager of Manchester United, and the first to win the European Cup.

The banner was removed soon after; and hey, guess what? The same Manchester United is one of the six English clubs that are first in the queue to join the planned new European Super League. Not only were the fans not consulted about this dramatic move away from real competition to a self-selected closed shop elite, that was disclosed as United prepared to take on Burnley on Sunday afternoon.

Nor was manager Ole Gunnar Solskjaer, as was clear from his post-match interviews. Nor, more significantly, was Sir Alex Ferguson, who is not merely a Busby-style figure of legend at Old Trafford, with his statue outside, and the stand opposite where he sat for the Burnley game named in his honour, but a director of the club.

The Super League statement was a masterpiece of PR-speak, seeking to convey the impression that rich clubs were simply coming together to create more prosperity and opportunity for the game as a whole: “As soon as practicable after the start of the men’s competition, a corresponding women’s league will also be launched, helping to advance and develop the women’s game.”

“The new annual tournament will provide significantly greater economic growth and support for European football via a long-term commitment to uncapped solidarity payments which will grow in line with league revenues. These solidarity payments will be substantially higher than those generated by the current European competition and are expected to be in excess of ten billion euros during the course of the initial commitment period of the Clubs.”

All of these supposedly philanthropic goals might have been at least slightly credible, had the “big” clubs not already shown, individually and collectively, exactly where their moral compass is pointing. For years now, their priority has been more money at the top, with diminishing concern for those lower down – whether lower down the pyramid of football, or lower down the socio-economic order.

Condemnation of the proposal was swift, and pretty much universal. Liverpool, famed for its working class roots, commitment to social justice, and its anthem, ‘You’ll never walk alone,’ came in for particular stick, and it was no surprise that their politically progressive manager, Jürgen Klopp, was no more enthusiastic than the deeply critical Ferguson down the road in Manchester.

Meanwhile, at both those clubs – plus Manchester City, Arsenal, Chelsea and Spurs – some of the world’s best players may be facing a very tough choice: playing for one of the Super League clubs, or playing for their country.

A horrible choice, but I am confident plenty would choose the latter. I hope so. I wonder, too, if other clubs shouldn’t simply refuse to play the so-called “Big Six”. The whole thing is going to become a legal minefield anyway. May as well get in early.

German World Cup winner Rudi Völler, now sporting director of Bayer Leverkusen, was stinging in his contempt for Liverpool. “It’s a crime against football. For a club whose fans sing ‘you’ll never walk alone,’ it’s shameful. The fact that Bayern Munich and Borussia Dortmund are not taking part shows that they have a spine.”

The German position is important. Despite being knocked out of this season’s Champions League by Paris Saint-German, Bayern Munich are reigning European Champions, and one of the real powerhouses of European football. It is hard to think of any European League being “Super,” without Bayern or PSG, or indeed any other German or French club, taking part.

But the reason for the intensity of opposition to the proposal in Germany is also instructive – and that is the very different model of ownership that prevails there, in contrast to England, Spain and Italy, which are supplying the twelve “Founder Clubs”.

Historically, German clubs were not-for-profit entities, owned by membership associations, and private ownership was banned. This changed in 1998, when clubs could become public or private limited companies.

However, a rule known as “50+1” requires the clubs themselves to hold on to a majority of their own voting rights, ensuring that members retain overall control – very deliberately protecting them from the dominance of the sort of external investors who have encountered no such barriers in this country.

Those English football and media voices uniting in fury today have to recognise that they have to some extent enabled the journey that has brought us to this point. I agreed with every word of the tirade against the plan unleashed on Sunday by Gary Neville, Manchester United captain turned Sky pundit, club owner and all-round sports businessman, in which his disgust for his old club was explicit.

But the TV companies have played a huge role in turning football from what it was to what it has become. Not all bad, far from it. The spectacle is better than ever, the coverage often superb. But there has been a very high price. The game has fallen prey to a series of media constructs – the hype around clubs as global brands, the creation of the so-called “Big Six”, which has always been about money and eyeballs on screens, as much as about real achievement – look at Arsenal right now. The overall consequence has been an ever-widening gap between rich and poor, game and fan.

The 12 clubs which have agreed to join the European Super League see the move as the next step on that road. The furore it has aroused among fans, allied to the widespread opposition from governments and governing bodies, may be great enough to stop it in its tracks. We shall see.

But many will remember – just as many will have forgotten – the green and gold scarf activism in 2010, when Manchester United fans wore the colours of Newton Heath, the club from which United was formed in 1902, in protest at the Glazers, the Americans who had taken over the club.

It made for a colourful and spirited expression of loathing. But the Glazers are still there. Like the owners of the other self-styled “superclubs”, they are banking on most fans still wanting to see their teams play, and confident that even if some drift away from the game in disgust, there will be plenty more to fill the gap.

“Fan power” is one of the many myths upon which our national game thrives. But it remains, for the most part, a myth. Fans don’t get rid of managers; results do. Fans don’t buy and sell players, or decide who is bought and sold; agents and data do that.

In the power structures of English football, fans are at the top when it comes to phone-ins, Twitter, and platitudinous messages of support from owners who buy clubs here because they can, but would just as happily buy in any country, in any sport… it’s a business.

When it comes to real power in the game, the fans come very much at the bottom. Power now lies decisively with owners, players, TV companies, leagues and governing bodies, not necessarily in that order.

It is this sad but undeniable reality that has been made clearer than ever; that lies behind the inglorious 12 even daring to contemplate the gigantic, soulless creation they now seek to usher into being.