A Covid variant is a virus that has a particular set of mutations, or genetic changes. All viruses mutate as they pass between people and between cells within people in an attempt to outwit our immune systems. As Covid spread across the world, it mutated in different ways in different places, creating multiple new variants, each with a unique genetic profile.

How do they evolve?

Mutations happen randomly. As Richard Dawkins writes in his classic work on evolution, The Selfish Gene, viruses and their prey race through â€ścycles of counteradapatation and counter-counteradaptation endlessly rolling through timeâ€ť. When a virus such as Covid-19 enters a personâ€™s body, it multiplies fast, copying itself on cell after cell. Each time it jumps to a new cell or a new person, there is a small chance that an error sneaks in. The genetic sequence changes. Each imperfect copy is a new mutation.

What are the main new strains to have been detected so far?

Since mutations are a normal part of virus transmission, there are likely to be many variants circulating. However, three main strains identified so far are causing concern:

Every time the virus has an opportunity to transfer from person to person or cell to cell, it has an opportunity to mutate. When rates of infection are high, virus mutation is also likely to be high. Scientists have speculated that the virus may have more opportunities to mutate within the bodies of chronically ill patients treated with plasma from people who have recovered from the virus. When someone is battling the virus for a while, it has more time to mutate and, faced with consistent treatment, may even be pushed into mutation to evade it. To add to the complexity, viruses also respond to so-called â€śselective pressuresâ€ť â€“ forces, such as lockdown restrictions or vaccines, that thwart its advance. Imagine a caged animal trying to escape: the pathogen is both blind and cunning, struggling to do its lethal work.Â

How are new variants identified?

Coronavirus tests are sent to a lab, where scientists sequence the virus genome. This means they analyse the virusâ€™ complete set of genes, and can pick up when something has changed. The UK has a particularly advanced genomics programme, which means it has been able to sequence around half of all known genomes in the SARS-COV-2 genome repository (GISAID).

How are ministers alerted to potentially significant new variants?

It is the task of the Scientific Advisory Group for Emergencies (or SAGE) to inform the government of any potentially important mutations. There is private exasperation among ministers that SAGE did not tell them about the Kentish variant until 11 December â€“ even though the first case had been detected in a chronically-ill Covid patient on 20 September and the variant sequenced in mid-October by the Covid-19 Genomics UK Consortium. The delay of almost two months between sequencing and notification of the government remains a bone of contention.

Do they threaten vaccine protection?

None of the variants has yet proven capable of evading the vaccines altogether, but it is possible in future they will. Scientists found a spike protein mutation called E484K that helps the virus evade the bodyâ€™s immune defences in the B1351 South African variant,Â P1 Brazilian variants and, more recently, in additional cases in the UK.Â

Changes to the spike protein matter because they affect how well our immune systems can fight off infection. Our bodiesâ€™ defence mechanisms include antibodies, which bind onto the spike protein as it sticks out from the virus, and T-cells, which destroy infected cells so they canâ€™t reproduce again. Mutations in the spike protein can make it harder for antibodies to attach, but so far T-cells are still able to halt the infection from spreading to new cells.

Research is ongoing, but early findings suggest the Pfizer and Moderna vaccines remain effective against these new variants. The AstraZeneca vaccine has been found to be effective against the B117 UK variant. In the case of the South African B1351 variant, the AZ jab still appears to prevent severe disease and death â€“ but can be less robust as a guard against mild and moderate illness.Â

Are the vaccine companies working on updated jabs? Will the variants mean we will need annual jabs?

Annual booster jabs may prove necessary if significant coronavirus variants continue to emerge. Moderna, Pfizer and AstraZeneca are all engaged in research to tackle the threat from new mutations. Moderna is examining how effective booster doses (including new compounds tailored specifically to particular variants) could be. Ugur Sahin, founder and CEO of BioNTech, which developed the Pfizer vaccine, said his company was â€śevaluating a second booster in the current regimen as well as preparing for a potential rapid adaption of the vaccine to address new variants which might escape the current version of our mRNA-based vaccine.â€ť AstraZeneca has announced it aims to mass-produce a version of its Covid-19 vaccine adapted to new virus variants within six to nine months. The government and the NHS are preparing to roll out a campaign of additional booster shots to patients from autumn 2021.Â

What about the developing world?

New variants can emerge anywhere in the world and are more likely to do so when case rates are high. The vaccine is the most effective tool to stop the spread of Covid between people â€“ high case rates being the ideal context for mutations â€“ but a study in the British Medical Journal has estimated that vaccines will not be available to more than a fifth of the worldâ€™s population until 2022. Covax, the UN-led scheme for vaccine distribution in low and middle-income nations, administered its first jabs in Ghana and CĂ´te dâ€™Ivoire on 1 March. The WHO expects 11 million Covax doses to be delivered by 8 March, and more than 2 billion doses by the end of 2021. The global distribution of doses is critical because as long as the virus spreads at scale, new variants can and will emerge. Nobody is safe until everybody is safe.

Border controls â€“ if absolute â€“ could help prevent a new variant from arriving in the UK. However, there is no sign that many governments would try to stop all movement of people across borders, and none could afford to do so for long. As a result, it is almost inevitable that any variant spreading fast in another region of the world will eventually reach the UK.Â

What about surge testing?

Rapid, targeted testing from at-home kits and mobile units will form part of the plan to contain any variants that do reach the UK. Mass â€śsurge testingâ€ť has been deployed in London, in an effort to contain the South African variant and in Gloucestershire to stop the Brazilian variantâ€™s spread. In future, focused lockdowns in â€śhotspotâ€ť areas where new variants are found remains possible, and even bespoke vaccines, produced at speed, for variants if they appear especially dangerous.

What does this mean for lockdown relaxation?

The vaccine battle is being won in the UK â€“ but the war is not over. This is one of the principal reasons why Boris Johnsonâ€™s approach to lockdown relaxation has been so conspicuously cautious and can still be slowed or even halted by â€“ amongst other things â€“ the emergence of new variants that cause concern. None of the mutations that have so far been detected achieve â€śvaccine escapeâ€ť â€“ making the jab useless â€“ and there is no reason for panic. But the capacity of the virus to change and morph means that we will have to remain vigilant for some time to come. 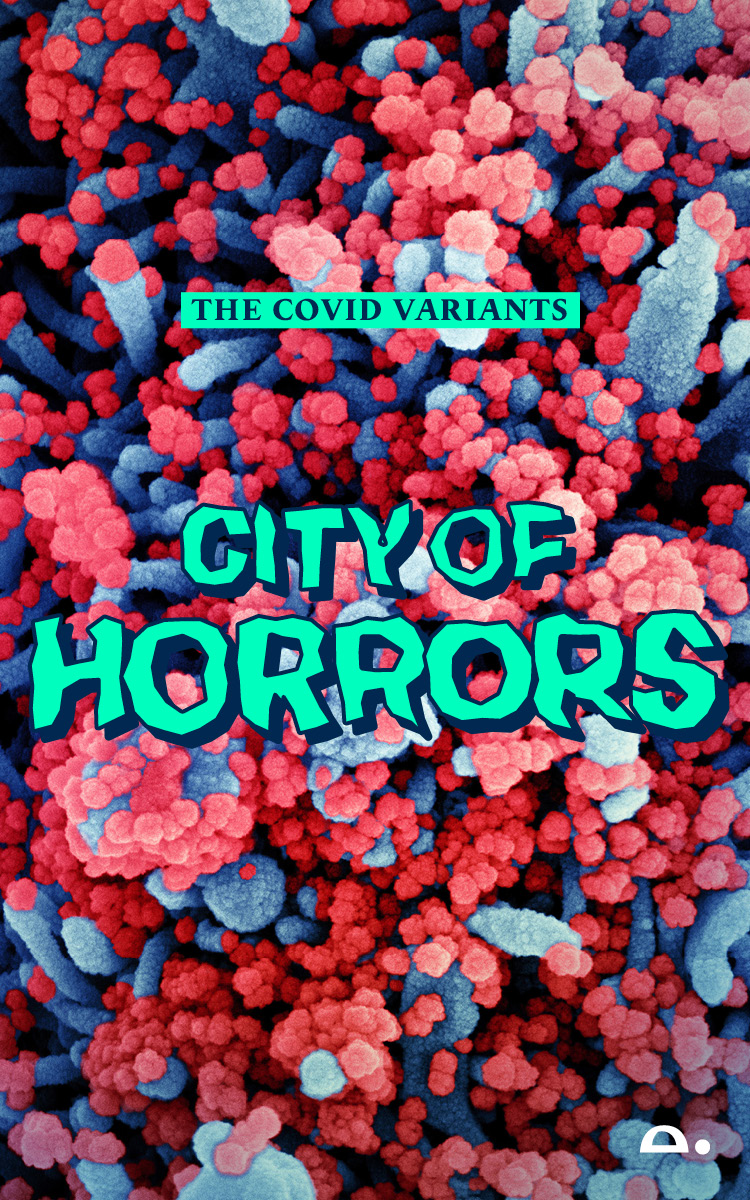 Last year, Covid-19 took a terrible toll on Manaus in Brazil. And then it came back â€“ in variant form. Has this rainforest city become a tragic test-case for the impact of coronavirus mutations?