Corinna & the king | She was his lover. He was the king of Spain. And they were both at the centre of a strange, luxurious world of hunts, deals and ŌĆ£donationsŌĆØ.

After King Juan Carlos of Spain abdicated in 2014, he did some travelling. He went to the Abu Dhabi Grand Prix, he visited his sugar baron friend in the Dominican Republic. He went to Bermuda and Canada and elsewhere, all on Gulfstream private jets.

Out of a sense of ŌĆ£family honourŌĆØ, Prince ├ülvaro de Orleans, a distant Spanish cousin living in Monaco, paid the bill. He paid through his Zagatka Foundation, registered in the secretive tax haven of Liechtenstein, and with bank accounts at Credit Suisse and Lombard Odier in Switzerland. Juan CarlosŌĆÖs name never appeared on the bookings.

But it was Juan CarlosŌĆÖs address ŌĆō the Zarzuela Palace in Madrid ŌĆō that de Orleans sometimes put down on booking contracts. One flight was even booked in the name of Juan CarlosŌĆÖs head of security and set to depart from a military airport outside Madrid.

Despite these clues that de Orleans was fronting for Juan Carlos, no one at AirPartner, the British private jet company ŌĆō which has an obligation to check the source of clientsŌĆÖ funds, especially when they are ŌĆ£politically exposed personsŌĆØ ŌĆō seemed to notice the flights were really for a head of state with an income too low for them.

When de Orleans was asked about the origins of some of the money in Zagatka ŌĆō not by AirPartner but by a Swiss prosecutor ŌĆō he said a real estate deal at Playa del Carmen in Mexico. But he couldnŌĆÖt remember the name of the Caribbean company he dealt with, nor the name of its chief executive, nor who signed his cheque, nor how many hours he had worked on the deal.

Another thing he didnŌĆÖt remember was a 2010 transfer of Ōé¼150,000 to the HSBC Monaco account of Corinna zu Sayn-Wittgenstein, who had begun an affair with Juan Carlos in 2004 that she said ended in 2009. The Swiss prosecutor also asked her about Zagatka.

ŌĆ£For me, the Zagatka Foundation is the foundation of Juan Carlos,ŌĆØ Sayn-Wittgenstein said. ŌĆ£It is wrong that this foundation is registered in the name of his cousin Alvaro.ŌĆØ

This is the problem with estimating Juan CarlosŌĆÖs personal fortune: his wealth is hidden behind administrators and in secretive jurisdictions.

It has never stopped people from trying ŌĆō estimates of $50m to $2bn go back decades ŌĆō and people have begun trying again since the press discovered that, in 2012, Juan Carlos gave Sayn-Wittgenstein an ŌĆ£unsolicited giftŌĆØ of Ōé¼65m ŌĆ£out of love and gratitudeŌĆØ.┬Ā

When Tortoise asked Sayn-Wittgenstein whether the ŌĆ£giftŌĆØ was a lot of money for Juan Carlos, she said, ŌĆ£Well, heŌĆÖs, you know, allegedly worth about two billion. And these estimates are made by very serious publications.ŌĆØ

The serious publications that Sayn-Wittgenstein referred to are the New York Times and Forbes. Over and over, people say that these publications have estimated Juan CarlosŌĆÖs wealth.

Here, for example, is a spokesman for the United Left party, which is part of SpainŌĆÖs coalition government: ŌĆ£We read in Forbes that Juan Carlos has a personal fortune of 1.8 billion euros, and we donŌĆÖt know what the origin of that fortune is.ŌĆØ┬Ā

Wherever they got the number, it wasnŌĆÖt from Forbes. When Tortoise asked the business magazine to confirm its estimate of Juan CarlosŌĆÖs wealth, it replied: ŌĆ£We are unable to confirm King Juan CarlosŌĆÖ net worth as he has not been featured on a Forbes wealth list.ŌĆØ

In 2012, when Juan Carlos was at the centre of his elephant-hunting scandal, the newspaperŌĆÖs Spanish correspondent wrote that, ŌĆ£The Spanish royal familyŌĆÖs wealth has been estimated at up to $2.3 billion, a sum that supporters contend was inflated by the inclusion of government propertiesŌĆØ.

The correspondent didnŌĆÖt respond to a request for the source of the $2.3bn number. Someone close to the Spanish royal family tells Tortoise that they ŌĆ£pulled that figure out of a hatŌĆØ.

Actually, they likely pulled it out of EuroBusiness, a magazine founded by Bernie Ecclestone, the former chief executive of Formula One. Before a punishing defamation lawsuit ended the magazine, it produced a European rich list.

In its 2002 rich list, it estimated Juan CarlosŌĆÖs wealth at Ōé¼1.79bn. At the exchange rate in 2012, the year the New York Times piece came out, that number becomes $2.3bn. The newspaper did say that ŌĆ£supportersŌĆØ think the number was inflated by the inclusion of government property.

It was. Already in 2002, the Spanish ambassador in London, the marquis of Tamar├│n, wrote to EuroBusiness: ŌĆ£The absurd figure of 1,700 million euros can only be explained by having mistakenly understood that the public assets owned by the National Heritage of the Spanish State are the private property of His Majesty the King, which is obviously inaccurate.ŌĆØ

The Spanish royal family is, in fact, one of the cheapest in Europe.┬Ā

It gets around Ōé¼8m from the public budget. The money pays for royal stipends, like the Ōé¼200,000 Juan Carlos used to get, but also maintenance of public palaces.┬Ā

In comparison, King Willem-Alexander of the Netherlands is expected to receive a personal salary of Ōé¼1m this year, while Queen Elizabeth received ┬Ż85.9m from the taxpayer last year.┬Ā

Another income source could be the inheritance left to Juan Carlos by his father, Don Juan de Borb├│n, after he died in 1993. Even this is controversial.

Don Juan was long rumoured to be on the brink of poverty; he lived most of his life in exile, in Italy, Switzerland and Portugal, and never ruled. It wasnŌĆÖt until 2013, when Juan Carlos was embroiled in corruption scandals, that Don JuanŌĆÖs inheritance was revealed by El Mundo.┬Ā

And it was a hefty sum of money. Based on documents from a Swiss bank, the newspaper revealed that Juan Carlos had been left about 370 million pesetas ŌĆō Ōé¼2m in 1993 ŌĆō thanks in large part to the sales of properties that, the newspaper alleged, had been expropriated from the monarchy.

Juan Carlos immediately transferred the amount to a bank account abroad, and the money remains undeclared in Spain.

Then there is the oil. Even before he became king in 1975, itŌĆÖs reported that Juan Carlos travelled often to the Middle East, where he was popular, to mediate with heads of states.┬Ā

During this time, he built relationships with Middle Eastern monarchs, relationships that he solidified during the second oil crisis of 1979. Records show that he was able to obtain large amounts of oil for Spain at well below market price throughout the 1970s.

It is reported by, among other publications, Spanish Vanity Fair that Juan Carlos received kickbacks or commissions for each of these oil deals ŌĆō though there is no formal record of this. That, the rumours say, is how he began to build his wealth. The number, if true, is likely to be in the low millions. Even if this was intelligently invested abroad, itŌĆÖs unlikely to have reached the billions.

Beyond his oil commissions, Juan CarlosŌĆÖs relationship with Arab monarchies has generally been at the centre of the discussion around his wealth.┬Ā

Over the years, the king has received hundreds of gifts from his fellow royals. These range in scope and value: in the late 1970s, JordanŌĆÖs King Hussein built La Mareta, an island home in Lanzarote that he later gifted to the king, and where Juan CarlosŌĆÖs mother Do├▒a Mar├Ła de las Mercedes would pass away in 2000.

Other gifts were more traditionally opulent. He received two model FF and F40 Ferraris ŌĆō worth Ōé¼300,000 and Ōé¼600,000, respectively ŌĆō from DubaiŌĆÖs Sheikh Mohamed bin Rashid Al Maktoum. He got a gun emblazoned with precious gemstones from King Hussein. There was also the 95-foot yacht, the Fortuna, gifted by King Fahd of Saudi Arabia.

There are rumoured injections of cash, too: Juan CarlosŌĆÖ former wealth manager says he once picked up a $1.9 million briefcase of money from the Sultan of Bahrain in 2010. The same wealth manager facilitated a transfer of $100m from the Saudi Ministry of Finance to Juan CarlosŌĆÖs Swiss bank account in 2008. It was described to him by SaudiŌĆÖs ambassador in America as ŌĆ£a pure giftŌĆØ.

In 2015, the current King Felipe, Juan CarlosŌĆÖs son, stipulated that the royal family must not accept gifts that exceed ŌĆ£habitual use, social use, or courtesiesŌĆØ. And yet, as recently as 2018, Juan Carlos received cufflinks, a watch, a ring and a fountain pen from Saudi ArabiaŌĆÖs de facto ruler Mohammed bin Salman.

The extent of his gifts, once again, is unknown. Many are now being revealed as part of the corruption investigations into the $100m ŌĆ£pure giftŌĆØ.

Like many before us, we failed to estimate a figure for Juan CarlosŌĆÖ personal fortune. The limited evidence out there suggests, though, that $2.3bn is too high.

With that in mind, a gift of $65 million to Sayn-Wittgenstein seems extraordinarily generous. Juan CarlosŌĆÖs wealth manager did say that the former king was ŌĆ£very generousŌĆØ.

His subjects seem less sure. While Juan Carlos ordered Ōé¼5.5m in cash withdrawals from his Swiss bank account between 2008 and 2012 for what his banker said was ŌĆ£personal useŌĆØ, SpainŌĆÖs unemployment rate went from 11 to 25 per cent. Some 40 per cent of the country now wants a republic. 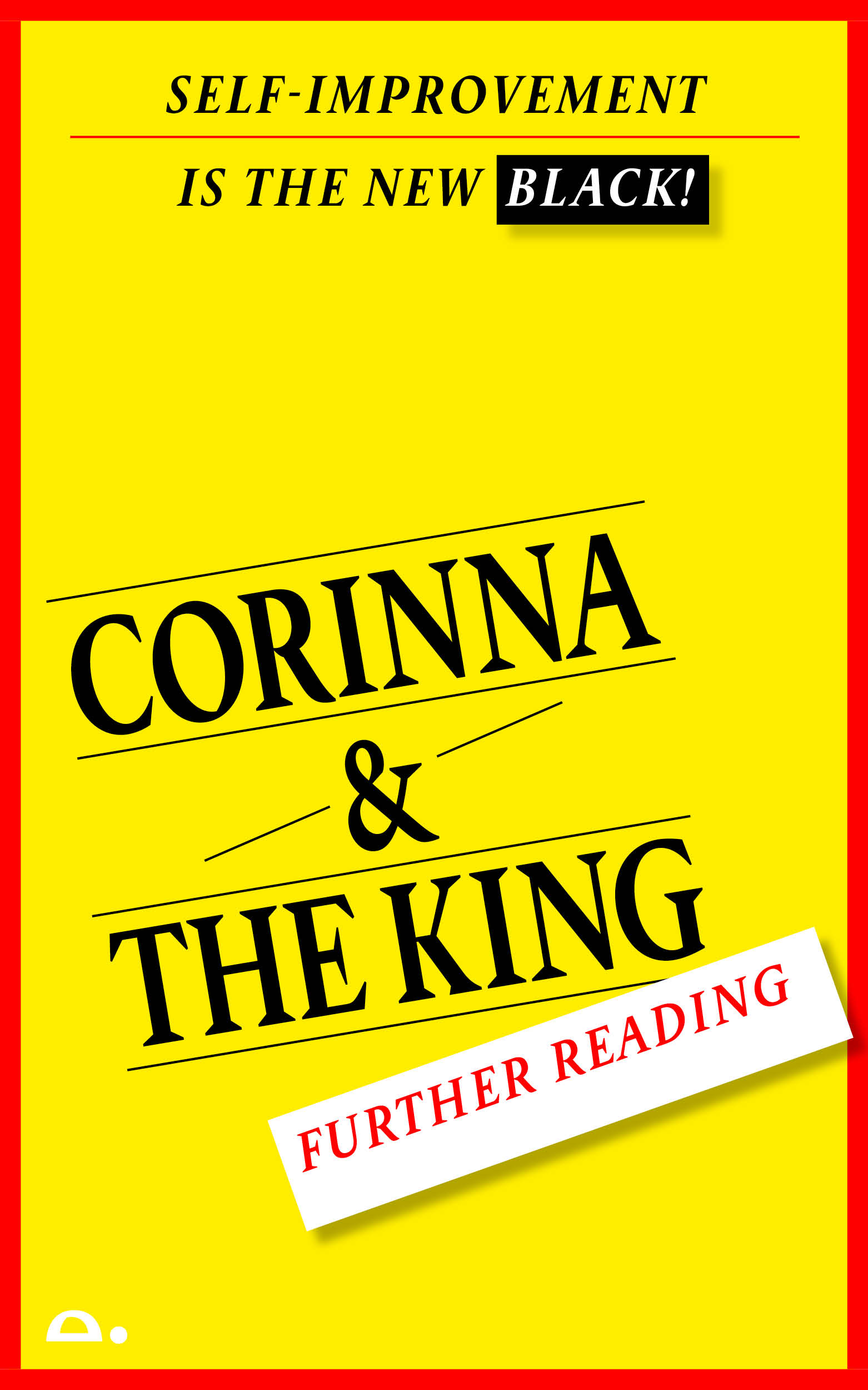 This was a love story, just one with lots of money involved. Now keep on turning the pages