People from the United States are passionate about democracy. Some would even die for it. But definitions of this widely used and often misunderstood word vary widely. What does it look like – in action – in my country? Do people feel they have access to it?

For more than a decade, I’ve worked primarily as a conflict photographer, covering wars and revolutions in nations other than my own. But four years ago, when Donald Trump took power, I started a journey at home to see how the people of the US experience democracy, especially at the local, grassroots level. I called the project Our Democracy.

But I also wanted to look beyond politics and examine the underpinnings of our society. There I found a greater divide that affects how all people see their democracy: the divide, effectively, between the haves and the have-nots. Regardless of location, background, job or race, it is income inequality that creates our democratic divide.

Every year in early spring, towns across New England hold their town meeting. In Wilmot, NH, the local police helped move the antique benches into rows for seating and boys scouts led the pledge of allegiance at the beginning of the meeting. The town’s citizens debated and voted on issues such as how to fix the flooding of the town hall and library, tax deductions for solar panels, and how much the fire department will receive in their yearly budget.

Charles Thompson, 77, has been the moderator for Wilmot for 11 years. Born in the town, he owns a family farm that dates back to 1800.

The town meetings themselves have roots that go back centuries – even to colonial days. They can be tedious and boring, but they provide dialogue and compromise that I found to lacking across the rest of the US.

Greensboro, NC, has a history of being unfairly gerrymandered. Indeed, courts found the district lines unconstitutional and forced a temporary redraw for the 2020 election until the results of the most recent census are confirmed. This day was also the last day for people to be counted in the US Census because President Trump stopped census collection two weeks before the original deadline, to exert control on future districts even though his presidency will be over.

Rupert Macintosh, “over 80” and walking with a cane, says that he waited in line to vote for almost two hours. “But I enjoyed it!”

The miners at Falcon Coal reminded me of time I spent with the military in Iraq and Afghanistan. The sacrifices and physical harm that miners have endured for the coal and steel industries is a source of pride and respect for them, just as it is with the military. Democracy, said Eddie Skeens, an owner of the mine, is deeply rooted in their history, their sacrifice and their work.

The Harman Memorial Baptist Church holds its services on a Sunday morning. The church, one of hundreds in the county, was originally founded by miners – and remains a source of hope and help for those miners who have been laid off throughout the years.

The physical landscape of the US often provides a barrier between cultures and experiences. The mountains of Appalachia are no exception. Debbie Raines, a long-time teacher at the local high school in Grundy, says the mountains are a comfort to her, like protection from the outside world.

A dance group performs during the Hope of America event at the Marriott Center in Provo. About 8,000 fifth grade students from over 100 Utah schools came together in red, white and blue to form the American flag, as seen in the background.

A train crosses the US-Mexico border into Juarez. Before the pandemic, hundreds of people crossed the border of Mexico into the United States legally, every morning, for work or for school.

Asking people in El Paso, TX, about politics, voting or democracy was difficult. Old women who were US citizens literally ran away from these questions, scared their answers would be somehow held against them. In the past, this fear contributed to making El Paso County one of the counties with the lowest number of voters.

Students say the pledge of allegiance before classes start at the Lydia Patterson Institute in El Paso. The school has at least 300 students who are US citizens living across the border in Juarez, Mexico.

During the North American Indian Days Rodeo, eight-year-old Tiffany Lahr holds Muntsee by the reins while her cousin, Arena St. Goddard, also eight, is helped by her mom. The family is from the Blackfeet Nation, which has a strong tradition of horsemanship. “I think democracy means that we can have our own views and our own beliefs, regardless of skin colour,” says Tiffany.

The Blackfeet Nation has been embroiled in a land fight for decades. The Badger-Two Medicine is a rocky, 130,000-acre region of sacred, forested terrain for the tribe, threatened by oil and gas development. When our team interviewed John Murray of the Blackfeet Nation and asked him if he could explain the situation, he said, with a sigh, “Yes, I will. But I can’t believe I have to explain why this is wrong, again.”

The Bay Area in California has priced out most of its original inhabitants. The tech boom has created a system of “tent cities” and streets where many live in parked RVs.

California is one of the states with the highest income disparity in the country. On one side of this particular divide, City Hope in San Francisco provides free meals to those in need and temporary housing for people going through addiction recovery. On the other, high-profile people from the tech world socialise at a club called the Battery. Patrons claim that their club is a form of democracy – a place for a meeting of the minds and collaboration.

Released from prison just the day before, this man sits by the sea in Gloucester, Mass. He is homeless and struggles with opioid addiction. Like many others who suffer from opioid addiction, he came to Gloucester because of the support offered by the police department.

Lt. Jeremiah Nicastro of the Gloucester Police Department talks to a young woman who is addicted to opioids and tries to find a bed for her at a detox hospital. The opioid crisis, the epidemic most on people’s minds until last year, cuts across ethnic and socioeconomic groups. The Gloucester Police Department started a new response that attracted people from across the country in need of help, described by the police chief at the time: “Any addict who walks into the police station with the remainder of their drug equipment (needles, etc.) or drugs and asks for help will NOT be charged. Instead we will walk them through the system toward detox and recovery.”

Meanwhile, fire and rescue workers respond to a call. In 2011, Gloucester became the first city in the country to outfit all of its first responders with NARCAN, a drug that can reverse an opioid overdose.

The right to protest is a common answer to the question of what democracy means in practice. People from all backgrounds protested police brutality in Kenosha, after the shooting of Jacob Blake. Residents boarded up their businesses with signs promoting peace. Then Kyle Rittenhouse opened fire. The teenager is accused of killing two protesters.

I embedded with the National Guard many times in Iraq. It was eerie to see them in the quaint neighbourhoods of Kenosha, during the protests and after the killing of two protesters by Kyle Rittenhouse.

Men armed with semi-automatic weapons verbally threatened protesters and the media. They had a sign that read, “We stand with Kyle Rittenhouse.”

Alexis de Tocqueville described the postal system as one of society’s great levellers, paving the way for democracy, bringing information to all. But the system founded in 1775, which serves places as small as Premier, West Virginia, has been under threat recently.

Teresa Baker sits with her grandchildren, whom she cares for. She says she doesn’t vote: “I don’t have time for that.” Their county, McDowell County in West Virginia, is one of the top regions in the US for non-voting.

The First United Methodist Church in Welch, WV, gives free lunches to those in need. Elsewhere in the city, Janet and Jenny Robertson live in an apartment above empty storefronts – they also don’t vote.

A movie theatre and a first-rate pool are at the heart of extracurricular activity in Welch. Here, participants from he region wait for their event during a swimming meet.

Another activity: churchgoing. The pastor of the Roderfield Christian Church leads a Sunday service.

Agape Outreach Ministries holds a Sunday church service in northern Warner Robins. Middle Georgia, where Warner Robins is located, is also near the top of the charts for non-voting in the US.

Andrea Bruce (USA) is a documentary photographer who brings attention to people living in the aftermath of war. She concentrates on the social issues that are sometimes ignored and often ignited in war’s wake.

Andrea started working in Iraq in 2003, following the intricacies and obstacles of the conflict experienced by Iraqis and the US military. For over ten years she has chronicled the world’s most troubled areas, focusing on Iraq and Afghanistan. For eight years she worked as a staff photographer for The Washington Post and later as part of the VII Network (2010-2011). At The Post, she originated and authored a weekly column called “Unseen Iraq.”

Her awards include top honors from the White House News Photographers Association, several awards from the International Pictures of the Year contest, and the prestigious John Faber Award from the Overseas Press Club in New York. In 2010 she received the WHNPA grant for her work in Ingushetia and was a 2011 recipient of the Alicia Patterson Foundation Fellowship. In 2012 she was the recipient of the first Chris Hondros Fund Award for the “commitment, willingness and sacrifice shown in her work.” The World Press Photo awarded her 2nd prize Daily Life singles for the image ‘Soldier’s Funeral’ in 2014. In 2016 she was a recipient of the Harvard Nieman Fellowship.

Currently, Andrea Bruce is a CatchLight Fellow and a National Geographic Explorer.

All photographs by Andrea Bruce/NOOR 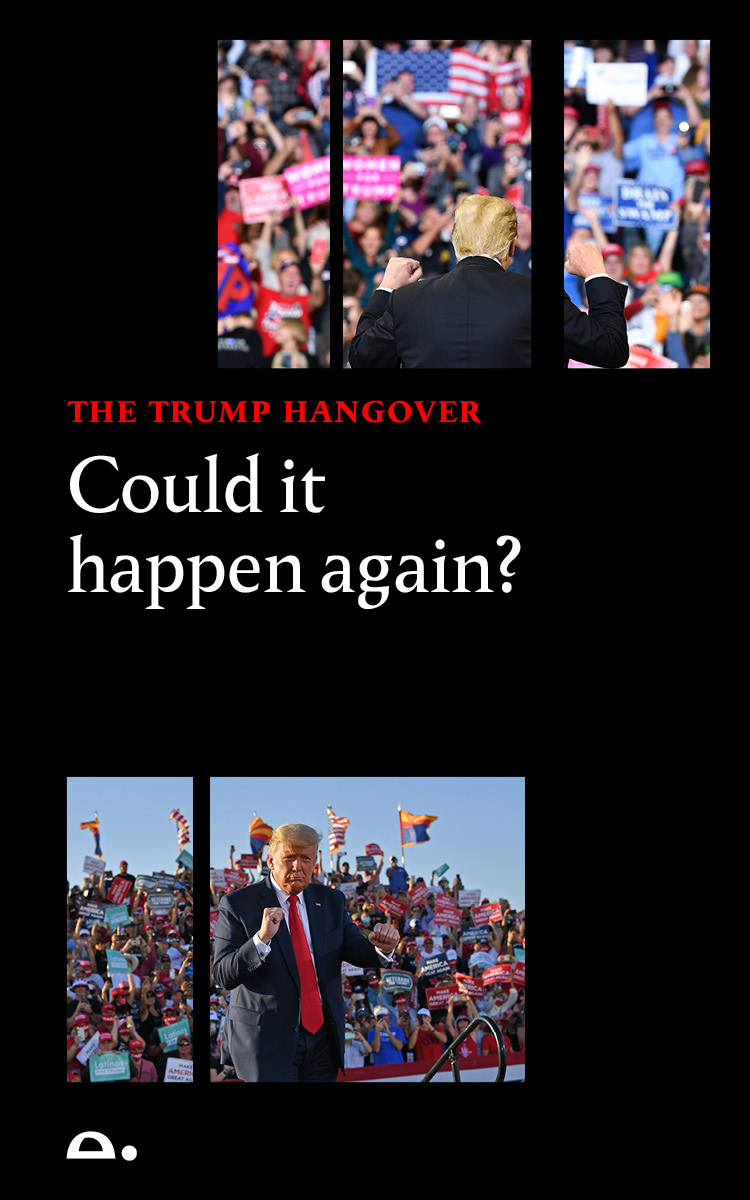 Could it happen again?

Could it happen again?