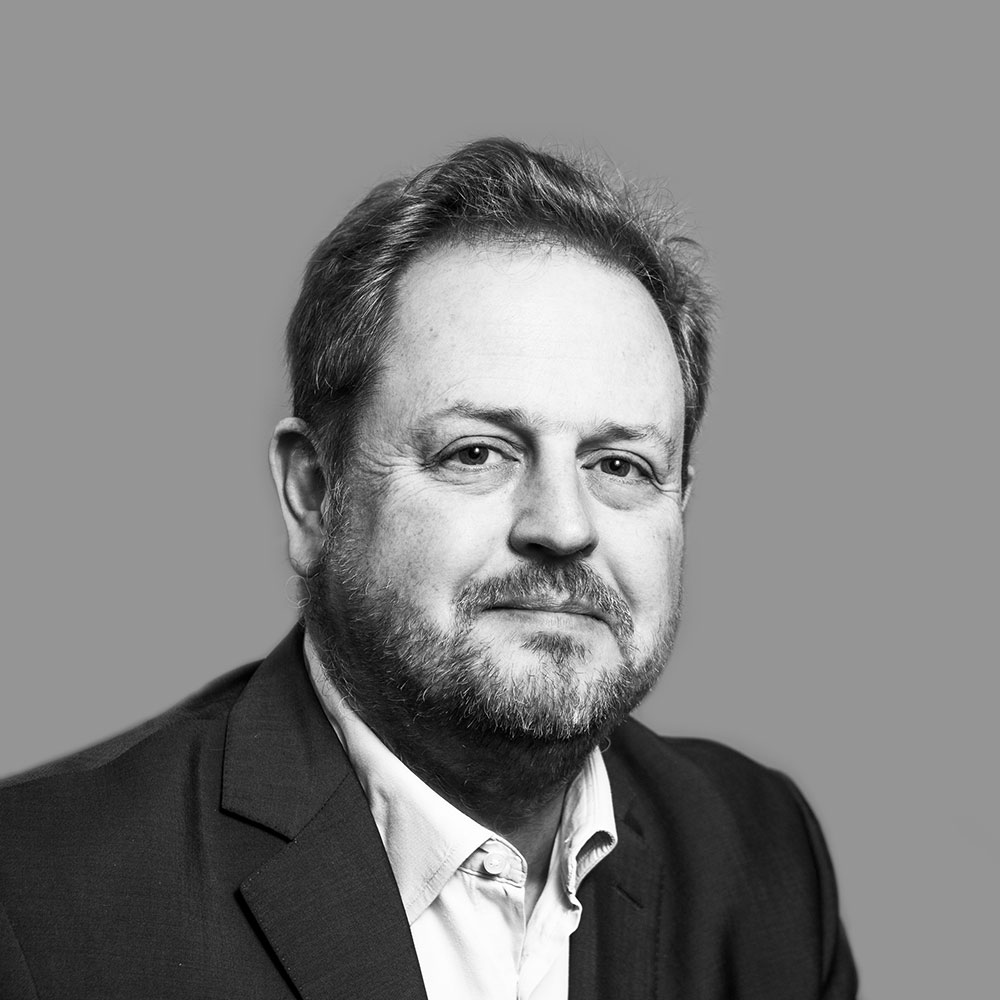 Since the storming of the US Capitol on 6 January, there has been much ill-concealed self-congratulation in and around Westminster about the immunity of the British political system to such uncouth insurrection. “We have our ups and downs,” one minister said to me. “But it couldn’t happen here.”

It is true that bison-horn headgear is much harder to get hold of in the Home Counties than in the Appalachians. It is also true that the Metropolitan Police would take a rather more robust view of a mob trying to break into the Palace of Westminster than some – not all – of the officers on duty at the Capitol did of the hordes invading the temple of US democracy. Giving directions to white supremacist invaders and assisting with their selfies is certainly a novel form of counter-subversion tactic.

Yet we should not be quite so smug about the stability and sanity of our own political culture. Insufficient attention has been paid, for example, to the fact that one of the Conservative party’s most powerful backbenchers last week explicitly threatened a vote of no confidence in Boris Johnson’s leadership.

On Thursday, a letter from Steve Baker to his Conservative colleagues was disclosed, in which the MP for Wycombe expressed dismay that “the current lockdown could last until late spring”, that the government had “adopted a strategy devoid of any commitment to liberty”, and that if “we continue forward [sic] with a strategy that hammers freedom, hammers the private sector, hammers small business owners, and hammers the poor, inevitably the Prime Minister’s leadership will be on the table.”

Really? A plot against the PM now? Only the day before – Wednesday, 13 January – the government had reported a record tally of 1,564 Covid-related deaths and a further 47,525 cases of infection. As Sir Simon Stevens, chief executive of NHS England, explained yesterday on the BBC’s Andrew Marr Show: “Since Christmas Day, we’ve seen another 15,000 increase in the inpatients in hospitals across England. That’s the equivalent of filling 30 hospitals full of coronavirus patients and, staggeringly, every 30 seconds across England another patient is being admitted to hospital with coronavirus.”

It is in this context of rampaging disease, new variants of the virus vexing doctors and scientists, and a soaring death toll that Mr Baker urged his fellow Tory MPs to warn the chief whip, Mark Spencer, that “the PM’s leadership” would be in peril “if the Government does not set out a clear plan for when our full freedoms will be restored, with a guarantee that this strategy will not be used again next winter.”

Could there be an uglier juxtaposition? A pandemic that has frequently claimed more than 1,000 lives a day, as our fellow citizens choke and drown their way towards a hideous, wretchedly isolated death; and the political posturing of freedom’s self-appointed protectors, men in suits securing their spot on the news bulletins by ratcheting up the threat to the prime minister or insinuating that they know more about pathogens than world-class epidemiologists.

Lest there be any confusion: a threatened vote of no confidence in a governing party leader is not the same as the storming of the legislature. In theory at least, Mr Baker was within his rights to issue such an ultimatum – though he withdrew it pretty quickly.

Harry Cole, the Sun’s political editor, tweeted the story at 3:46pm on 14 January. At 5:24pm, Mr Baker – mindful, no doubt, of finding a metaphoric horse’s head at the bottom of his bed – tweeted hastily that “I am clear Boris is the only person to lead us out of these difficulties and I support him in that endeavour.”

Still, his behaviour was indicative of something rotten within the Conservative party and political discourse generally. Though this particular rebellion fizzled out in 38 minutes, it was not the first time that Mr Baker has taken it upon himself to act as the wrecking ball conscience of his party, and, by extension, the nation.

Twice chairman of the European Research Group, he proved himself an adept organiser of backbench hostility to any backsliding on Brexit, often a better whip than Theresa May’s whips. But where does a rebel go when he has achieved his objectives? As one senior Conservative puts it: “Leaving the EU has left Steve with a Brexit-shaped hole in his life. He has to oppose something.”

That something has been the government’s Covid strategy and, specifically, its lockdown measures. Foolishly, Number 10 has too often indulged Mr Baker’s conduct, inviting him, with three scientists and a data analyst, to scrutinise its plans for a second lockdown on 31 October – the “Halloween horror day” when it seemed that the government’s entire decision-making mechanism might falter.

As always, appeasement only encouraged that which it sought to end, and Mr Baker was prominent among the 34 Conservative MPs who voted against the four-week lockdown on 4 November. A few days later, he and Mark Harper, the former chief whip, established the “Coronavirus Recovery Group” to campaign against anti-Covid restrictions.

On 1 December, he was one of 55 Tories to vote against Johnson’s post-lockdown tier proposals. “Here we stand at a profoundly dangerous moment,” Mr Baker declared, “heading into infringements on our liberties around vaccination and testing which we would never normally tolerate.”

About one thing he is right, which is that this is a profoundly dangerous moment. Deep in the doldrums of the third national lockdown, the entire anti-Covid strategy rests on a knife-edge: the vaccination roll-out is now underway, vulnerable to supply chain disruption, manufacturing hitches and the flaws inherent in a pop-up delivery infrastructure; but still, manifestly, the route out of the pandemic.

There is tentative evidence that case numbers are starting to fall: yesterday’s total of 38,598 was down 16,342 week-on-week. But the known unknowns are enough to urge caution: the variants of the virus present an ever-proliferating challenge; the decision to count those who have receive a single dose as “vaccinated” has divided medical opinion sharply; and we await firm data on the impact of the jab upon transmissibility.

It is hard to imagine a worse moment for frivolous political games or the exhibitionism that characterises the outpourings of most lockdown sceptics. I respect those who are sincerely wary of what they fear to be irrevocable encroachments upon civil liberties and upon considered parliamentary scrutiny: David Davis, for example, was right to insist upon a sunset clause in the original Coronavirus Act, which now mandates review every six months rather than (as originally tabled) after two years.

Yet most of the mulch of lockdown scepticism is distinctly unsavoury. It includes a well-established and tiresomely priggish variant of Conservative libertarianism – captured in The Assault on Liberty, an undistinguished tract written in 2009 by one Dominic Raab, not yet an MP (for example: “Liberty lost, and democracy denied, we are submissively acquiescing in a seismic shift in the fault lines of the relationship between the state and the citizen,” etc., etc.).

Lurking one level below this is the pseudoscience and headline-seeking contrarianism peddled by the right-wing journalist Toby Young on his “Lockdown Sceptics” website. Take a step further down and you are soon in the realm of conspiracy theories, QAnon madness, the loathing of elites, and the claim that the global lockdowns are simply a drill for “The Great Reset” in which we shall all be slaves of an authoritarian world order, controlled by the nanochips injected into our bloodstream by order of Bill Gates and his fellow lizards.

Wrapped up in hyper-modern rhetoric and weaponised by social media, the central message of this multi-layered narrative is that – far from their ostensible purpose to save lives – the Covid restrictions are cover for a plan straight from the pages of dystopian science fiction. Yet I cannot help feeling that an older instinct is involved, too: the folklorish behaviour and superstition that always accompanies plagues, that nurtures crazy theories and irrational attacks on those in authority.

I dare say Mr Baker would be affronted by the suggestion that he lurks on the same spectrum of anti-social idiocy as the trolls of QAnon, and might even adjust his glasses in indignation. But that can’t be helped. On a day when hundreds more Britons will die in overcrowded hospitals, it is hard to feel any sympathy for a politician who gets his kicks from photo-bombing a national emergency.