Over the past few days, senior Republican figures have lined up to denounce Trump. But they all knew about him before now – and did nothing 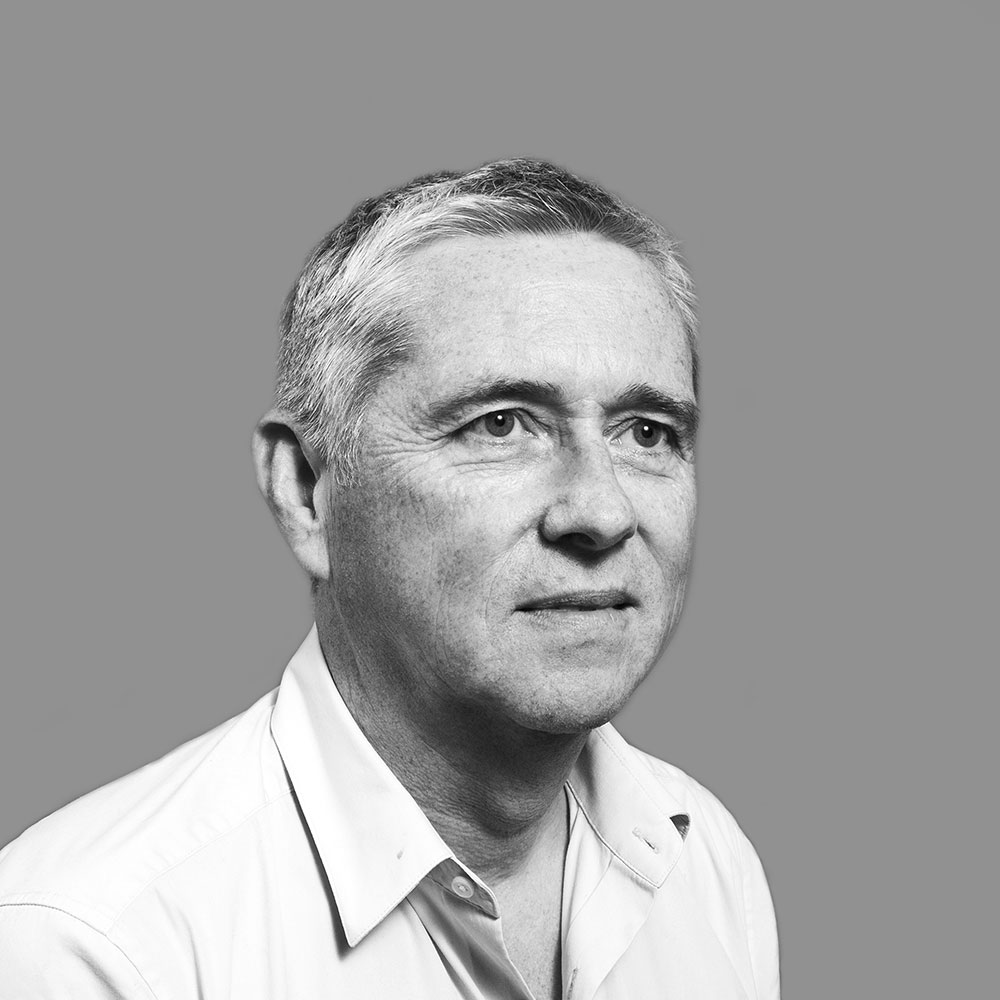 One hundred and eighty feet below the ceiling fresco of George Washington ascended as a god to the heavens, the acrid stench of tear gas has faded from the rotunda of the US Capitol.

But the smell of putrefaction clings to Washington DC as the descent of Donald Trump reaches completion. This outrageous presidency has, at last, collapsed in on itself like a decaying pumpkin and only a pulpy mess remains.

After America’s day of shame came a reckoning. Senior Republicans – even those who served Trump or enabled him – rushed forward to deplore the man and his mob.

“Unhinged,” was Senate leader Mitch McConnell’s description of the rioters incited to insurrection by the president himself.

“We need to look harder at who we elect to any office in our land,” Trump’s former chief of staff John Kelly said.

One hundred and eighty feet below the ceiling fresco of George Washington ascended as a god to the heavens, the acrid stench of tear gas has faded from the rotunda of the US Capitol.

But the smell of putrefaction clings to Washington DC as the descent of Donald Trump reaches completion. This outrageous presidency has, at last, collapsed in on itself like a decaying pumpkin and only a pulpy mess remains.

After America’s day of shame came a reckoning. Senior Republicans – even those who served Trump or enabled him – rushed forward to deplore the man and his mob.

“Unhinged,” was Senate leader Mitch McConnell’s description of the rioters incited to insurrection by the president himself.

“We need to look harder at who we elect to any office in our land,” Trump’s former chief of staff John Kelly said.

And the parade of appalled Republicans kept coming. “Count me out,” said Senator Lindsey Graham, willingly complicit these past weeks in Trump’s election fraud fiction.

“Nothing but domestic terrorists,” was the verdict of Reince Priebus, who lasted 194 days on Team Trump and will be remembered as the shortest-serving permanent White House chief of staff in history.

“I can’t do it, I can’t stay,” said Mike Mulvaney – another who tried and failed to rein in Trump as acting chief of staff – as he quit his post as special envoy to Northern Ireland.

Finally, Michael R. Pence, the ever-supportive vice president. After the rioters were cleared, he resumed the job of formally certifying Trump’s election defeat, addressing Trump’s mob directly: “To those who wreaked havoc in our Capitol today: you did not win. Violence never wins. Freedom wins.”

Principled defenders of democracy, all.

And in the same way a late guilty plea leads to modest time knocked off a criminal sentence, we can give them all the tiniest credit for getting there in the end.

But while Trump himself is now considered so toxic that he is apparently even too strong a flavour for Twitter, Instagram and Facebook, all of those senior Republicans should also be held to account for sustaining the cult of Trump rather than getting too much credit for their last-second departure from him.

Each of them have been silent enablers of a president who took an oath of office to defend the Constitution of the United States and ended up driving a mob along Pennsylvania Avenue to tear it apart.

McConnell, Kelly, Graham, Priebus, Mulvaney and Pence all knew who he was and what he stood for.

And for their own reasons of fear, ego, duty or opportunism, they looked upon Trump and all of his visible character flaws and decided to go along with the whole gaudy mess.

From Pence standing by him after his defence of neo-Nazis who marched in Charlottesville to Mulvaney covering his tracks on withholding military aid to Ukraine (which led to an impeachment trial), Trump has been surrounded by willing accomplices who have defended both his divisive language and cruel or borderline corrupt actions.

Senior Republicans have justified separating children from their parents at the southern border; the “Muslim” immigration ban; and, more recently, Trump’s own admissions that he had deliberately downplayed the threat of the coronavirus.

And since his defeat in the November election, figures including Graham and Pence went along with spinning out the fiction that American democracy was under threat from a so-called rigged election.

Even after the shaming scenes at the Capitol last week, more than 100 elected Republicans – including aspiring presidential candidate Ted Cruz – continued to try to block the formal process of certifying the election.

None of us, none of them, can be surprised that Trump’s reign ended in this way, with his wildest supporters playing out their twisted idea of patriotism on the streets and in the halls of Congress.

There were plenty of clues about his character in his racist intervention into the 2016 presidential race, his self-confessed abusive history towards women, his prodigious capacity to lie, and his blatant Trump First narcissism. (“Super callous fascist racist extra-braggadocious” remains the best all-encompassing anti-Trump protest sign of the era.)

Republicans knew the answer long ago to the breakdown of their relationship with 21st-century America. But, as a party, they consciously chose a path away from decency towards division.

In 2013, a couple of months after Mitt Romney’s election defeat to Barack Obama, I saw Reince Priebus deliver the autopsy on that defeat. Republicans had not only lost, but they had lost touch.

A mostly old, mostly white and mostly male party had found itself trapped in an awkward conversation with an increasingly diverse country, which looked and sounded nothing like them. They had nothing to say, no way to connect, and apparently no way to win.

And in a ballroom big enough to stage an entire grand slam tennis tournament, Preibus, the 39-year-old party chairman with a pathologist’s pallor, was the man to deliver the results of the post-mortem.

Republicans could only rise again, he said, if they adopted a softer tone and actually tried to appeal to people of colour, young voters and women. It was nothing less than an adapt or die strategy. And the first really big idea? Comprehensive immigration reform. Specifically, work with Democrats on a grand bargain to bring 13 million people out of the shadows, and start to show a changing America that Republicans actually care.

And shortly afterwards, when Republicans including John McCain and Marco Rubio joined the bipartisan attempt to get immigration reform done in the Senate, the initiative died when the Republican-held House, under Speaker John Boehner, refused to even put it to a vote.

The party that had lurched right just kept going – and Trump was the reckless inheritor of the anti-Obama Tea Party rage. Republicans left themselves wide open to Trump’s hostile takeover, and never found the strength to challenge his excesses once he made it to power.

The truth is the Republicans knew who he was and what he was capable of, but they doubled down on division.

What did they get?

Well, Paul Ryan, former Speaker of the House, got his tax cut for wealthy Americans and then fled town before the stain of working with Trump became indelible.

McConnell managed to turn a blind eye to almost every Trump outrage (Charlottesville, an honourable exception) and diligently got on with packing the courts with hundreds of conservative judges and manipulated the Supreme Court process to ensure it will skew conservative for decades to come.

Mulvaney – who was supposed to be a deficit hawk – joined a spend, spend, spend administration presumably for personal glory.

Kelly – another chief of staff who tried to control Trump and seemed genuinely motivated by a sense of duty after a career of service in the Marine Corps – waited too long to publicly question his suitability for high office.

Graham, who had famously called Trump a kook who was unfit to be president, suddenly turned into a golf buddy, cloaked himself in Trump’s MAGA garb to win re-election – and was happy to go along with the election fraud ruse right until the forces unleashed by Trump came knocking on the Hill.

Pence is such a deft politician that he sometimes left Trump believing he had supported him, even while his careful words proved otherwise. On election night, when Trump first shouted that Biden was trying to steal the election, Pence said something ardent about defending the Constitution that was delivered like a ringing endorsement of Trump’s position and actually meant quite the opposite.

How that all unravelled over lunch the day before the riot, though, when it became shockingly clear to Trump that Pence would not just declare him the winner.

For Pence, the hardest of hardcore Christian conservatives, thrice-married, womanising Trump must be a revolting figure, but he seems to have adopted the Evangelical view that it is perfectly possible to support an unChristian man who helps further your cause.

For Pence, too, there was the added hope that he could be the inheritor of the Trump base and a future president.

As for poor old Priebus? He was the chairman of a party that was desperate for anyone but Trump to become the Republican candidate in 2016.

And when the stars aligned and Trump won the White House, Priebus found himself pushed forward as the supposed Trump Tamer, inserted as chief of staff wedged between two other senior advisers, the son-in-law Jared Kushner and king of bullshit Steve Bannon. Priebus was out in a matter of months.

For four years, Trump has crushed all norms, left America’s reputation in the dirt and deepened the country’ divisions. The price for Republicans? The party of Lincoln now bears the indelible stain of Trump.

Trump said they would be so tired of winning. But four years on, he leaves behind a party that has now lost control of the White House, the House of Representatives and the Senate. Losers, all.

They knew what he was. And still they persisted.