When the clock struck 11pm on 31 December, Britain was still an hour away from entering the new year. But it was already entering a whole new era of immigration: Brexit, the end of free movement and the beginning of what the Government has determinedly called an ‘Australian-style’ points-based system.

Now EU and non-EU citizens alike will apply for work visas in the same way – by qualifying for 70 points. They must have an offer for a “skilled” job (20 points) from an approved employee (20 points) and speak English (10 points), and then be able to make up the remaining points using tradeable criteria such as by working in an occupation on the designated shortage list and meeting the required salary threshold.

At a Tortoise ThinkIn event this week, Madeleine Sumption, director of the Migration Observatory at the University of Oxford made clear that the so-called ‘Australian-style’ points system, is not really very much like the one it claims to copy; Australia awards qualifying points to an individual based upon their own skills and attributes – age, education, language and experience – while the UK system is, as she put it “all about the job”.

What is clear is that a new system is in place and it’s a political win for Vote Leave and the ‘take back control’ lobby that slipped by without much fanfare. But what will its consequences be?

For months, adult social care experts have warned that the scheme could spell disaster for a vital, but under-staffed and under-funded sector that relies on low-paid foreign workers to plug the gaps. The timing of the scheme, beginning just as a new strain of the coronavirus takes hold and infection rates rise perilously, bring those fears into particularly sharp focus.

Has the government once again failed to protect social care?

The recruitment crisis in social care is long-standing. In England last year there were roughly 1.6 million jobs in the sector; at any one time there were over 100,000 vacancies. The work is demanding and usually poorly paid, and staff turnover is chronically high – some reports suggest up to 1,100 people leave their job per day.

The number of foreign workers, 16 per cent, has stayed roughly similar over the past decade but the make-up of those employees has changed; the importance of staff from the EU has steadily increased in that period to make up 7 per cent of the workforce. Most of these existing EU employees will be able to stay on if they apply for settled or pre-settled status before the deadline of 30 June 2021.

The problem with the new immigration system, though, is that it threatens to cut off the supply of new employees that the struggling sector has come to rely upon, creating a recruitment “black hole” just as demand increases and an increasingly exhausted workforce battles a deadly pandemic.

In a report released in November 2020 analysing the potential economic impact of the new points system, the think tank IPPR warned that social care – critical to the coronavirus response – was one of the sectors that could face the deepest recruitment challenges.

Simply put, the jobs for carers – low-waged, stressful and often with zero hours contracts – have been unattractive to UK workers. And there is no longer a straightforward way for employees to hire from abroad.

Most EU citizens come to work in the sector as care workers, an occupation that does not meet the requirements of the “skilled worker” route and so is simply no longer eligible for a visa. It’s a decision that lands a particular punch given the sacrifices made by many care staff throughout the pandemic, often without PPE or access to covid tests. Clapping for Carers does not, it seems, extend to 2021.

“Even if they are working in a job that is eligible, such as a more highly ‘skilled’ job – a manager or so on – even those jobs tend to be quite poorly paid,” says Marley Morris, author of the report and the associate director for Immigration, Trade and EU Relations at IPPR. “And so they may well not be eligible because of the salary threshold.”

It’s difficult to predict exactly what the potential drop off in new staff might look like in 2021. But IPPR found that under the new immigration system 78 per cent of current EU-born social care workers would not have been eligible to work in the UK – the equivalent of nearly 90,000 employees.

The report recommends that the government scrap the salary cap and replace it with a living wage commitment from employers; make efforts to tackle exploitation by employers desperate to fill vacancies; and give additional points for jobs that include training.

The salary cap was already quietly reduced by the Home Office in October last year – initially, foreign workers would have to earn a £35,800 minimum salary to be allowed into the UK, but that threshold was lowered to £25,600, as the government appeared to realise that many sectors of the economy – including construction and agriculture – depended upon the essential contribution that lower paid migrant workers make to the UK.

The IPPR report also suggests the Home Office should follow the recommendations of the independent Migration Advisory Committee (MAC) published in September last year. The review into the new system was ordered by the Home Office, and, among other things, highlighted particular concerns about social care. It recommended senior care workers and nursing assistants be added to the Shortage Occupation List, reducing at least some of the current barriers to recruitment.

But the government declined to act. As Priti Patel, the home secretary, explained in October, it would instead “pause and assess” the impact of the new system in the context of post-Covid recovery and labour market developments. In other words, wait and see what happens – in the hope that with rising unemployment, UK citizens might fill the gaps.

“Certainly from my perspective, that seems quite a risky approach,” says Morris. “The likelihood is that, if there are challenges then there will be vacancies in the sector – obviously at the same time, the sector is facing real stress because of the coronavirus.”

It’s true that the high rate of unemployment in the UK might help. Since March 2020, staff vacancies in the care sector have dropped. But there are still many more jobs available than are being taken up, and, practically speaking, retraining a workforce can take time. Plus, given the high turnover rate in social care, there’s no guarantee new employees will stick it out.

A Government spokesperson said: “We have delivered on the people’s priorities by introducing a points-based immigration system, through which senior care workers will be able to come to the UK with a skilled worker visa.”

IPPR doesn’t consider relying on the domestic workforce alone to be a viable long-term solution.

But the government spokesman added: “Immigration is not the solution to addressing staffing levels in social care and it is reasonable to ask UK employers to focus on training, supporting and paying their workers appropriately.”

Daniel Carmel-Brown, the CEO of Jewish Care, the largest provider of health and social care services for the Jewish community in the UK., said: “You’ve got a broken system that’s going to be broken even further by a policy that is going to make it even harder for people to work in the sector.

“The one hope, I think, that people like I have is that Covid has… shone a light on a sector, which, for years, was not seen on a par with the NHS… People now understand the importance of the social care sector.”

He hoped that the greater attention paid to social care over the past year might lead to a reform of the immigration system, and is concerned about how things currently stand. But the fundamental problems in the sector, he says, cannot be changed without addressing long-term funding and long-term sustainability. As long as wages remain low the recruitment crisis is likely to continue, and removing a whole sector of possible employees does not seem like it will help.

“What will we see going forward in a society that is ageing, where you’re only going to need more people working in social care?” asks Carmel-Brown. “And if there are not the people coming through to do these jobs that, as I say, are hugely challenging, and in my view, highly skilled… then where are these people going to come from?”

After a year of government climbdowns and policy reversals, how long before “pause and assess” becomes hurry up and scramble? 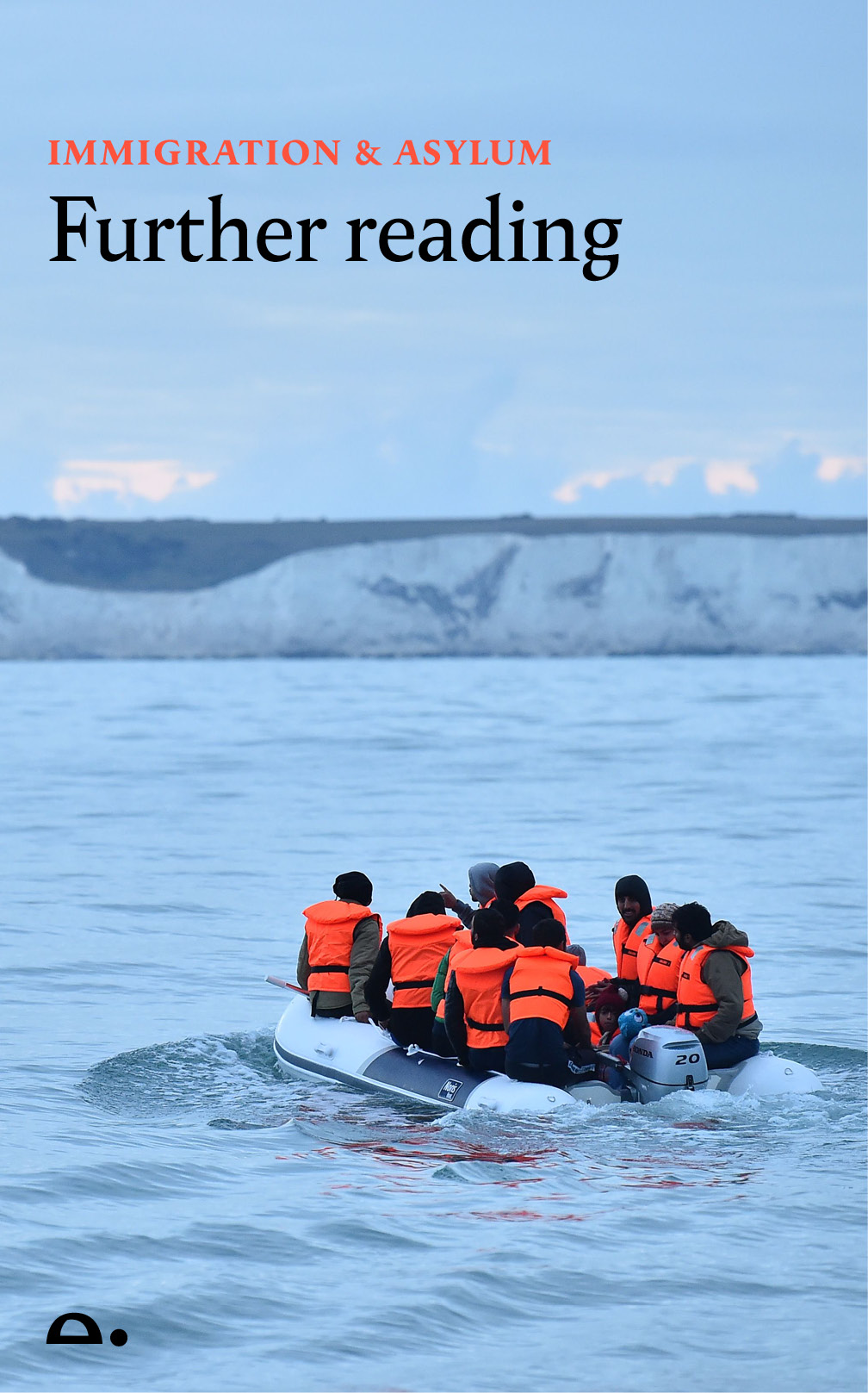 The causes, the data and the long view on migration trends