Stephen Jewell on a comic that became a talent factory

For a comic book showcasing so many bombastically brilliant visions of the future, 2000 AD was always behind the times when I first discovered it as a teenager in the late 1970s. For living in Auckland, New Zealand, the weekly issues – or Progs as they are known – would be shipped across the world by sea, arriving some three months after their initial UK publication. Consequently, I wouldn’t have got my hands on a precious copy of #1 – cover-dated 26 February 1977 – until around May or June of that year.

With authoritarian Mega-City One cop Judge Dredd not making his spectacular debut until Prog #2, the opening line-up of the Galaxy’s Greatest Comic (as it calls itself, with reason) was let down by its designated headline act – a misjudged, hard-edged revamp of 1950s space adventurer Dan Dare.

Apparently edited by a pompous, green-skinned alien from Betelgeuse by the name of Tharg the Mighty, 2000 AD’s launch was actually masterminded by founding editor Pat Mills, who wrote almost the entirety of Prog #1. Repeating a trick he had used for several of publisher Fleetway’s other titles, much of 2000 AD’s initial roster was based on popular films or television series of the day. Enhanced super-agent M.A.C.H. One channelled Steve Austin’s massively popular The Six Million Dollar Man and was the early favourite with readers – before Judge Dredd finally ascended to the top of the pile around Prog #12, a position he’s seldom relinquished over the next four and a half decades.

Giving up the editorial reins with Prog #16, Mills next made his mark on 2000 AD as a writer, penning most of Judge Dredd’s inaugural epic, ‘The Cursed Earth’, as the Judge embarked upon a perilous journey across America’s irradiated interior in a 25-part storyline, inspired by Roger Zelazny’s 1969 novel Damnation Alley.

But this wasn’t just the Pat Mills Show. Over its lifespan, 2000 AD has been a proving ground for hundreds of comic-book writers and artists, many of whom went on to bigger – but not always necessarily better – things. Alan Moore and Dave Gibbons, the co-creators of the endlessly influential Watchmen, both did some of their earliest work for Tharg the Mighty’s publication. Kick-Ass author Mark Millar, who sold his entire Millarworld publishing line to Netflix in 2018, also got his first big break on 2000 AD, scripting series like Robo-Hunter in the 1990s. The same goes for Grant Morrison, Garth Ennis and many others who are now to be found occupying television studios as much as the pages of Marvel and DC books.

What made – and continues to make – 2000 AD such a hotbed of new talent? Part of the answer surely lies in its own internal variety. There is the grim brutality of Mega-City One’s dystopian society, where the Judges act as, well, judges but also as jury and executioner. But this is leavened by the sly satire that runs through each script. You have to be able to pull off both horror and humour.

Perhaps this is why 2000 AD continues to thrive in the 21st Century, even if its now-anachronistic title is two decades out of date. Indeed, it prospered during the first lockdown with print and digital subscriptions rising by 15 per cent, despite the long closure of many speciality comic stores and newsagents.

Moving to London in 1989, I rushed almost straight from the airport to the nearest comic-book emporium to catch up on the three-months’ worth of issues I’d missed. Now some thirty years later, I still look forward to my regular dose of Thrill-Power in not only 2000 AD but also its companion title, the Judge Dredd Megazine, which celebrated its 30th anniversary this year. Seems that the present has finally caught up with the future. 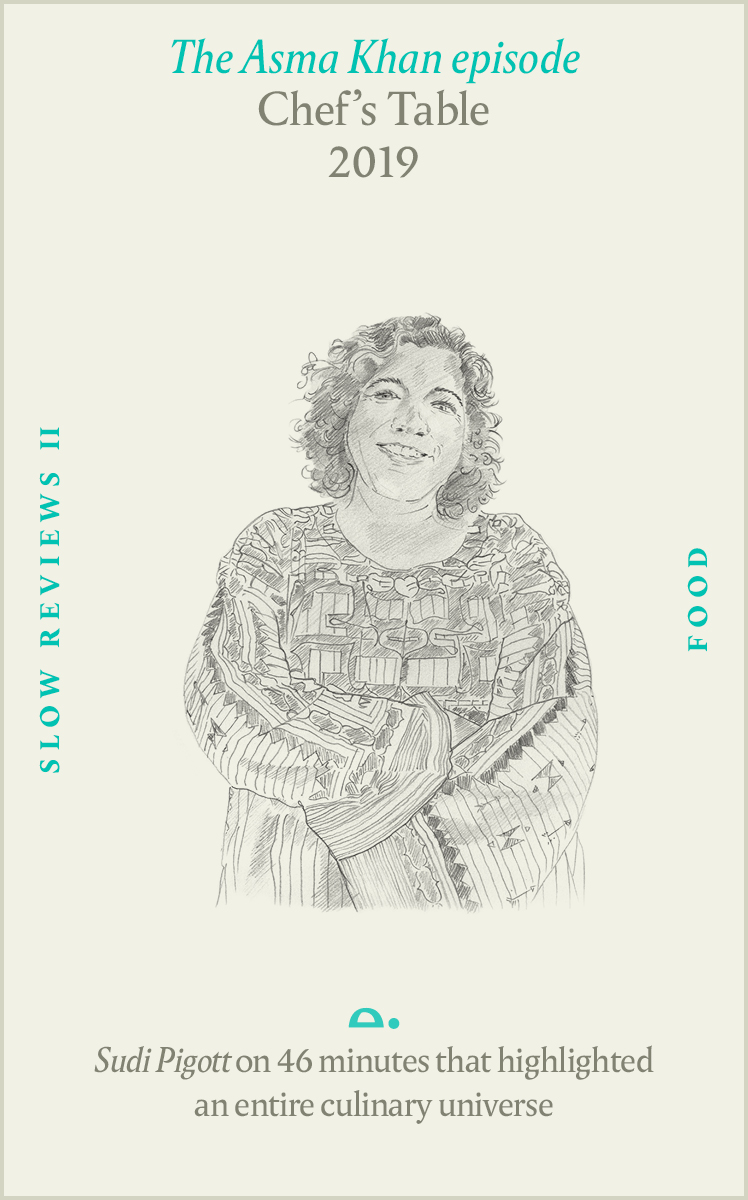 Sudi Pigott on 46 minutes that highlighted an entire culinary universe