I have been proselytising about Portrait of a Lady on Fire since its release earlier this year, fortuitously timed for the beginning of lockdown.

It is an extraordinary two hours of cinema and a fulcrum for the representation of women and, in particular, women’s sexuality on screen. I do not write in the marketing argot of women’s cinema, or queer cinema, which treats identity as genre. It may be a necessary shorthand – but one which I hope, thanks to films such as Portrait of a Lady on Fire, will not be so for long.

The year is 1770 and Héloïse (Adèle Haenel) is ensconced on a rocky, sea-lashed island off the coast of Brittany with her benevolent but dispirited mother (Valeria Golino). Héloïse is to be married to a Milanese suitor, but, having just gained her freedom from a convent for precisely this end, is not keen, and refuses to sit for a portrait. Hence l’arrivée of a rare female painter, Marianne (Noémie Merlant), instructed to paint Héloïse under the pretence of being her walking companion.

Director and screenwriter Céline Sciamma, who has made critically acclaimed but small-audienced films exploring queer female characters (including 2007’s Water Lilies, which also stars Haenel, her former partner) has made a piece of art so seamless in its storytelling one forgets it is being told at all.

There are no men in Portrait, aside from bookended scenes of non-speaking extras. Sciamma, such is the assuredness of her handling, manages to make this incredibly striking element almost unnoticeable for the duration.

She has created a period piece utterly modern in its sensibilities. The women smoke; they have menstrual cramps; they take the contemporary version of the morning after pill. They wander into the kitchen in search of carbs. The majority of the film takes place when Héloïse, Marianne and the maid, Sophie (Luàna Bajrami), are left to their own devices in something akin to a four-day sleepover. They play cards, make each other laugh, sing songs, free from the gaze and expectations of men.

Corsets are gloriously unloosened but with the knowledge that they can never be burned on a bonfire. It’s a temporary freedom, this island. In each other, Héloïse and Marianne meet the love of their life, but they know that it can never, in fact, be for life.

Portrait, then, is a true depiction of women supporting women in a world undeniably skewed against us. The love which grows between Héloïse and Marianne is free from judgement because there is nobody there to judge. Sophie basically seems to know and does not care. There is desire and passion for art, literature, music and for the painterly beauty of the sea captured by Claire Mathon’s gorgeous cinematography. (“Can I swim?” Héloïse asks Marianne after her first ever sortie into the water. “Well,” Marianne replies, “You can float”.)

This is social realism, just not of the kitchen-sink variety. It’s a film about two women falling in love without the Oscar-bait tortured coming-out side of things. (There is a nod to Marianne’s previous relationships with men, and Héloïse has of course been quite literally cloistered).

Portrait is not a “lesbian love story”. It is a love story. Sciamma has described the film as a manifesto of the female gaze and yet it never feels like an essay. Women are half of the population! It’s a film everyone – not only women, not only queer women – should see. Because it is a perfect piece of art. Speaking of, a word of warning, however: it may ruin Vivaldi’s ‘Summer’ concerto for you forever. 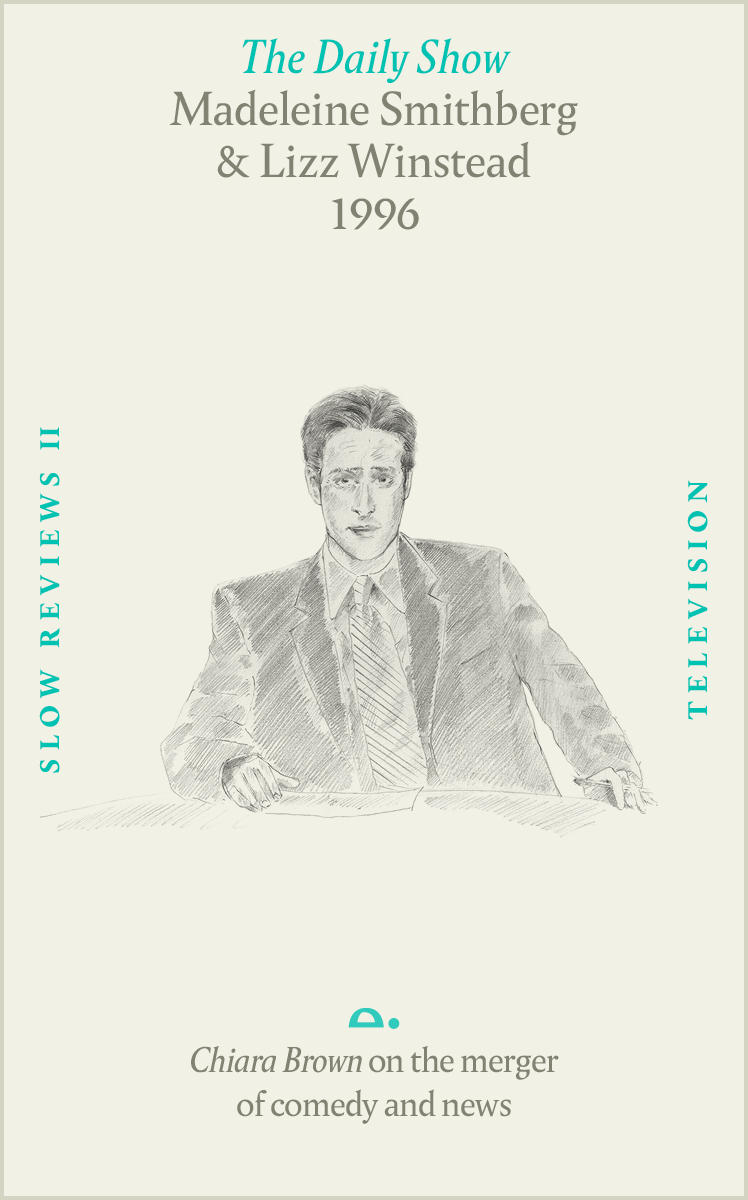 Chiara Brown on the merger of comedy and news