Only four years after the premiere in 1992 of the second half of Tony Kushner’s epic play Angels in America, the so-called “lifeboat” of drugs that made it possible to live with HIV as a chronic condition, rather than a probable death sentence, became widely available in the developed world.

With that medical breakthrough, it seemed that Kushner’s critically acclaimed, eight-hour saga of AIDS and its cultural impact upon America in the 1980s would swiftly be labelled the definitive artistic record of a plague overcome. It would be a work of memory.

Yet precisely the opposite happened. With remarkable speed, Angels in America was transformed from one kind of play into another. Even as the death rate from AIDS plunged, the great drama (divided into two parts, Millennium Approaches and Perestroika, usually seen by audiences on successive days) transcended its immediate epidemiological origins to be appreciated as a classic dramatic work, about universal themes: identity, death, migration, spirituality, ideology and love.

Like a Robert Altman film, Kushner’s story involves a cast of characters, many of them gay, whose stories are entwined and entangled. If Angels has a hero, it is Prior Walter, a preppy trust fund New Yorker, who is deserted in the first scenes by his boyfriend, Louis, after revealing that he is HIV-positive. Prior’s diagnosis also opens the portal to the play’s audacious magic realism, and his nomination by visiting angels as a prophet.

The villain of the piece, drawn from life but fictionalised, is Roy Cohn, the notorious Manhattan attorney, who personally links the witch hunts of Joe McCarthy (whom he served) to the rise of Donald Trump (for whom Cohn was a mentor).

Cohn hid his homosexuality all his life, but died of AIDS in 1986. In the play, as in life, he personifies the belief that all that counts is power – or “clout” as he describes it. This is why he stays in the closet, as he explains to his doctor: “Homosexuals are men who know nobody and who nobody knows. Who have zero clout. Does this sound like me, Henry?”

Yet AIDS does not respect “clout”, or office, or status, any more than Covid-19 has given presidents and prime ministers a free pass. Re-watching Angels – the excellent HBO version, starring Al Pacino, Emma Thompson and Meryl Streep, is available on Prime Video – one is struck hard by the threads of suffering that connect the two pandemics, and the extent to which societies, or afflicted communities within them, are thrown into panic, pain and solitude by a brutally transmissible disease.

The most profound theme of Angels, however, concerns what it is to be human, and the irrepressible yearning to live, move and explore. The angels want the world to draw to a standstill, to cease its manic mobility. Prior refuses to be their messenger: “We can’t just stop. We’re not rocks – progress, migration, motion is…modernity. It’s animate, it’s what living things do.”

It is in this respect, above all else, that Kushner forecast great arguments and divisions ahead. A quarter-century before Trump became president, the playwright anticipated the nativist sentiments that would make the building of a border wall with Mexico a central electoral pledge: and, more to the point, the futile idiocy of such schemes.

Trump is going, but Trumpism – and its counterpart ideologies in nations around the world – remains strong. Which is one of many reasons why this masterpiece of political and social theatre will compel our attention for decades to come. 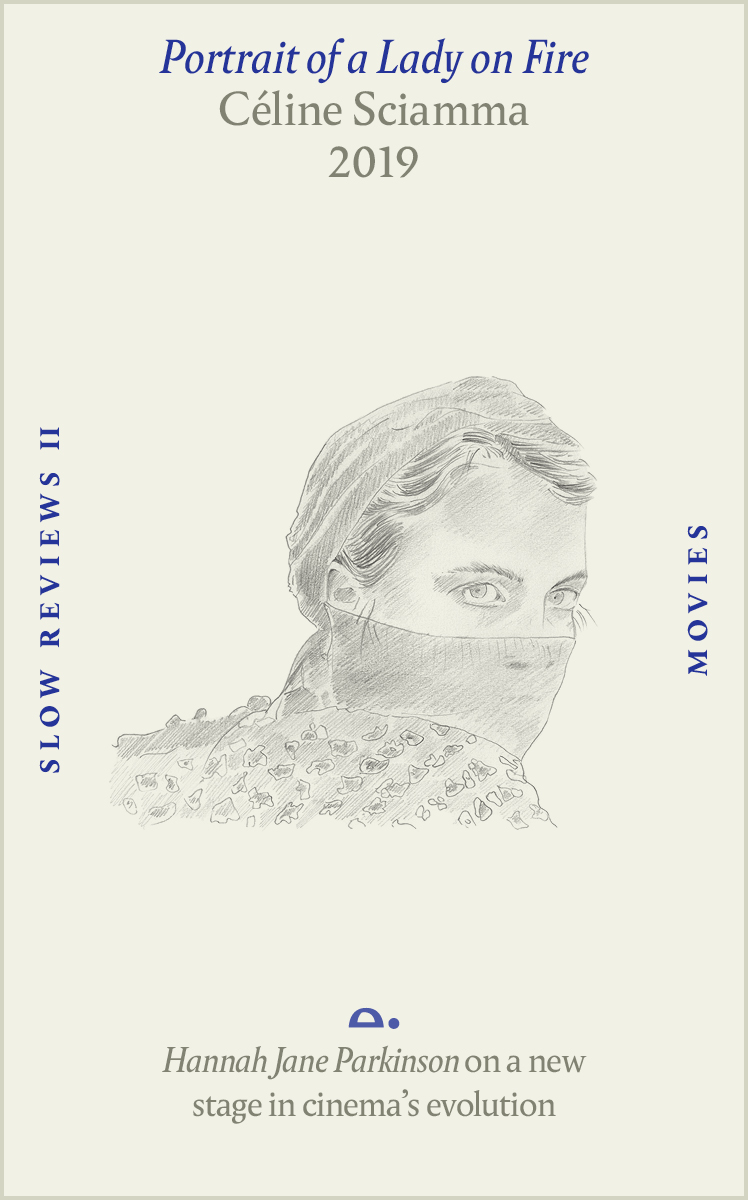 Portrait of Lady on Fire

Portrait of Lady on Fire

Hannah Jane Parkinson on a new stage in cinema’s evolution