The very second the theme of last year’s Met Gala was announced, fashionistas all over the world went wild. Camp: Notes on Fashion (inspired by Susan Sontag’s famous 1964 essay ‘Notes on Camp’) was an occasion for even more excess than was usually paraded on this particular red carpet, and since the annual Met Gala is undoubtedly the fashion event of the year – not to mention “the jewel in New York City’s social crown” – that’s saying something.

Launched in 1948, the fundraising gala marks the opening of each year’s Metropolitan Museum of Art’s Costume Institute exhibition in New York City. These days it’s hosted by Anna Wintour, editor of American Vogue and chair of The Costume Institute since 1995, but the fact that today the Met Gala can call itself “a grand fête for both the social and art worlds” is due to the incredible vision (and hard work) of one woman: Diana Vreeland, one of Wintour’s predecessors at Vogue, and the woman for whom the term “fashion editor” was famously invented (during her time at Harper’s Bazaar in the 1930s), who joined the Metropolitan Museum of Art as a special consultant to The Costume Institute in the early 1970s.

“Until the spring of 1973, it could be said that the field of costume had been a sleepy and rarified one, at least in the world of museums,” write Richard Martin and Harold Koda in their book Diana Vreeland: Immoderate Style (1993). But, with the first exhibition Vreeland helmed on her arrival at The Costume Institute – The World of Balenciaga, which opened in May 1973 – everything changed.

Vreeland hung the exhibition’s walls with paintings by Goya, Picasso and Velasquez, thus equating the Spanish designer with the grand masters and elevating his clothes to pieces of high art. As the American fashion designer Stan Herman told The New York Times at the exhibition’s preview: “They belong in a museum, like good paintings.” Also, for the first time in the gala’s history, she asked the guests to take inspiration for their own outfits from the exhibition’s theme, which meant that they too became part of the show.

No one had treated haute couture like this before. Although perhaps not the most extravagant of the many now-iconic exhibitions that Vreeland curated during her tenure at The Costume Institute, The World of Balenciaga set a certain standard for everything that followed. As Martin and Koda explain, in the years that followed, the Museum’s staff “granted Mrs. Vreeland glossy magenta walls, headless mannequins, elephants and carriages, because they had come to learn that her instincts were rarely wrong.”

Vreeland completely recast the fashion exhibition landscape, rejecting staid, traditional displays in favour of glamorous visual spectacle that wowed her audiences. She treated her exhibits not just as historical artefacts, but instead made clear the connections between the styles of the past and those of the present. The cultural impact of her blockbuster exhibitions was absolute.

Under Vreeland’s stewardship, The Costume Institute led the way in completely altering the relationship between art and fashion. She “helped transform fashion into something with permanence and gravitas,” explained Alexander Fury in the Independent in 2015. “Vreeland changed the way we value fashion itself.” 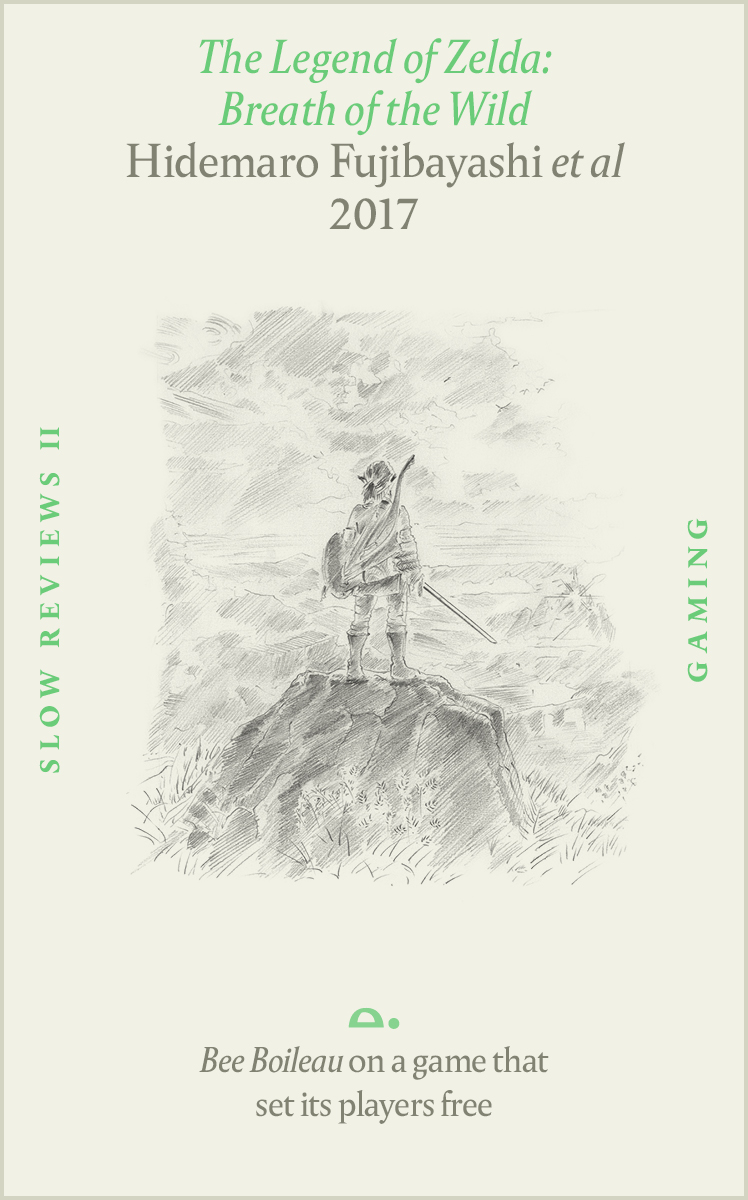 The Legend of Zelda: Breath of the Wild

The Legend of Zelda: Breath of the Wild

Bee Boileau on a game that set its players free