Cast your mind back, if you will, to a time before streaming giants like Netflix and Amazon monopolised our viewing habits. A time when most of our television content was consumed on five terrestrial channels, where if you did enjoy a series, you were expected to wait a whole seven days before watching the next episode.

But then HBO began its relentless production of some of the best and most groundbreaking television shows any of us had ever seen. It started with The Sopranos in 1999 and was quickly followed by Six Feet Under in 2001. And then, in 2002, along came The Wire and, with it, the birth of binge television.

For me The Wire blew television wide open. I had never before seen a so-called “police procedural” series with three-dimensional characters that transcended the idea of “good & bad”, challenged our unconscious bias, and, more importantly, was almost impossible to stop watching. As one episode ended and the familiar static sound of the HBO opening theme signalled the start of a new episode, it took all the willpower you had to not stay rooted in your seat like an addict ready for their next fix.

The Wire is a lot of things, but one thing it isn’t is a cop show. There is no charismatic maverick anti-hero spearheading the narrative, nor is there a regular tight ensemble that you can fall in love with. The main character of the show, if indeed there is one, is the city of Baltimore. It is both the backdrop and the basis for a series that authentically depicts the lives of the people within it.

The show spanned five seasons, with each covering a different section of Baltimore society: the police, the drug cartels, the labour unions, city hall and, finally, the school system and newspapers.

David Simon, The Wire’s creator and a former journalist for the Baltimore Sun, worked hard to make a television show that was more than fiction. Dialogue felt so naturalistic that, as a viewer, you felt more like a fly on the wall than a passive consumer. You quickly became invested in each character; there were no good guys or bad guys, just complex and flawed human beings. There was so much grey in The Wire that it was hard to know who you were supposed to be rooting for, so you ended up rooting for everyone – or no one.

New characters were constantly being introduced and much-loved characters killed off. The Wire could be fast, compulsive television, but it would also slow right down on occasion, subverting the pace of the previous season, testing the patience of the viewer, and rewarding those who sat, watched and listened to the story that was being told. You like drugs and gangsters? Well, now we’ve moved to the docks and labour unions. Enjoy that? It’s time to dissect City Hall. To understand any section of society, the show seemed to say, you had to have the whole picture.

And what was the whole picture? David Simon once described The Wire as “a story about the failure of capitalism over human value”. The show asks: you want to know how these people ended up leading these lives? And then it shows the failures in reform, the corruption in governance, the institutional racism, the whole damn broken system…

Now that you know why, what are you going to do about it? 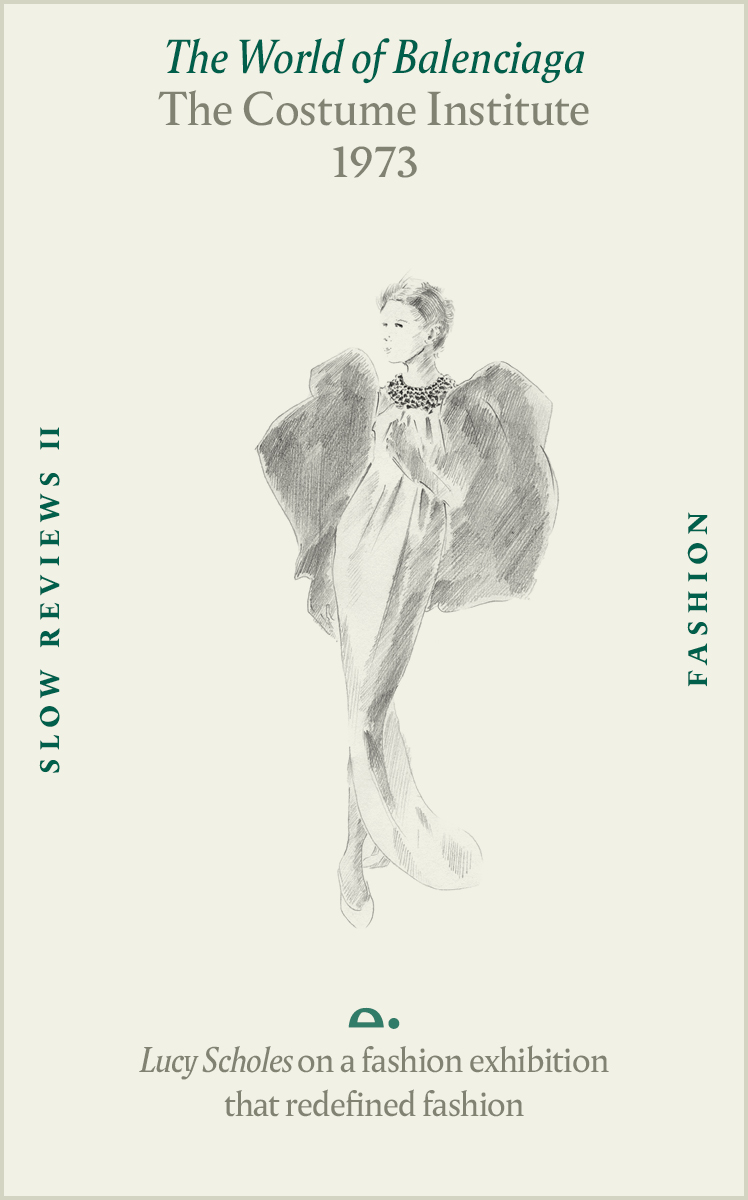 The World of Balenciaga

The World of Balenciaga

Lucy Scholes on a fashion exhibition that redefined fashion