In March, when the roar of life fell quiet and we were swept indoors, Recomposed by Max Richter: Vivaldi – The Four Seasons was my soundtrack. Locked-down with this album, I picked through the jetsam of drawers and cupboards, untangling old phone cables, and squinting at ancient tins. Perhaps inspired by the music’s spirit of reinvention, I started to look for things to fix. I padded about my house in the socks I’d just darned, gluing broken bowls back together. There was a consolation in old things, and it felt good to repair them.

If not the piece itself, our relationship to The Four Seasons needed to be fixed. In 1989, the violinist Nigel Kennedy’s expressive performance of Vivaldi’s original became one of the most popular classical albums of all time. It was everywhere. Yes, I was one of those awful child violinists who sawed their way through it. Sorry, Mum. Sorry, Dad. Sorry, everyone on my street.

The Four Seasons became the muzak for those rooms you passed through. It hovered in hotel lobbies, office elevators, and shopping complexes, and was the hold music of choice for delays: here’s The Four Seasons as you taxi to the runway. Familiarity did not breed contempt; I just stopped noticing it, this magnolia paint of soundtracks.

In 2012, Max Richter released Recomposed: Vivaldi – The Four Seasons, and it shook everything up. Ninety per cent of the music is Richter, but Vivaldi’s original weaves through the composition like a double helix – the DNA is unmistakable.

It begins with delicate slithers of strings, whispering traces of the original. It’s pretty and it’s ethereal at first, a gentle haunting of the future by the past, building to a lively conversation between the old and the new. Richter’s grasp of musical structure is so smart, you straightaway recognise Vivaldi’s music. It’s a familiar house, but within moments of staring at it, you find yourself standing on its roof for the first time.

Like much of Richter’s music, it doesn’t impose thoughts – it provides a landscape for them. I know a couple of writers who work to it. As a filmmaker, it’s impossible not to dream moving images while you listen. It is propulsive: like a great dance remix, your body rises towards the promise of a familiar riff.

I’ve spent much of my career as a theatre director reinterpreting classics – plays whose genius has made their text so familiar that the audience’s singalong drowns out the sound of the original. Just try acting Hamlet without someone joining in with “To be or not to be”. How do you thwart that impulse while respecting the instinct? When I found this album, there came a musical answer to that question.

One of the best things about Richter’s recomposition is that you feel he is in conversation with not only Vivaldi’s work but also Vivaldi’s intent. This is both a radical renewal and a considered one. How much can you remove? How far can you depart before you’re suddenly in another country? The silvery thread between both composers stretches but never snaps. Holding it, I can find my way through the years of overuse back to the beauty of Vivaldi’s original.

For those of us whose only difficulty in the past months has been that feeling of being becalmed, this has been a moment to repair what we’ve neglected and renew what we’ve dismissed. And for that, there has been no better guide than this album. 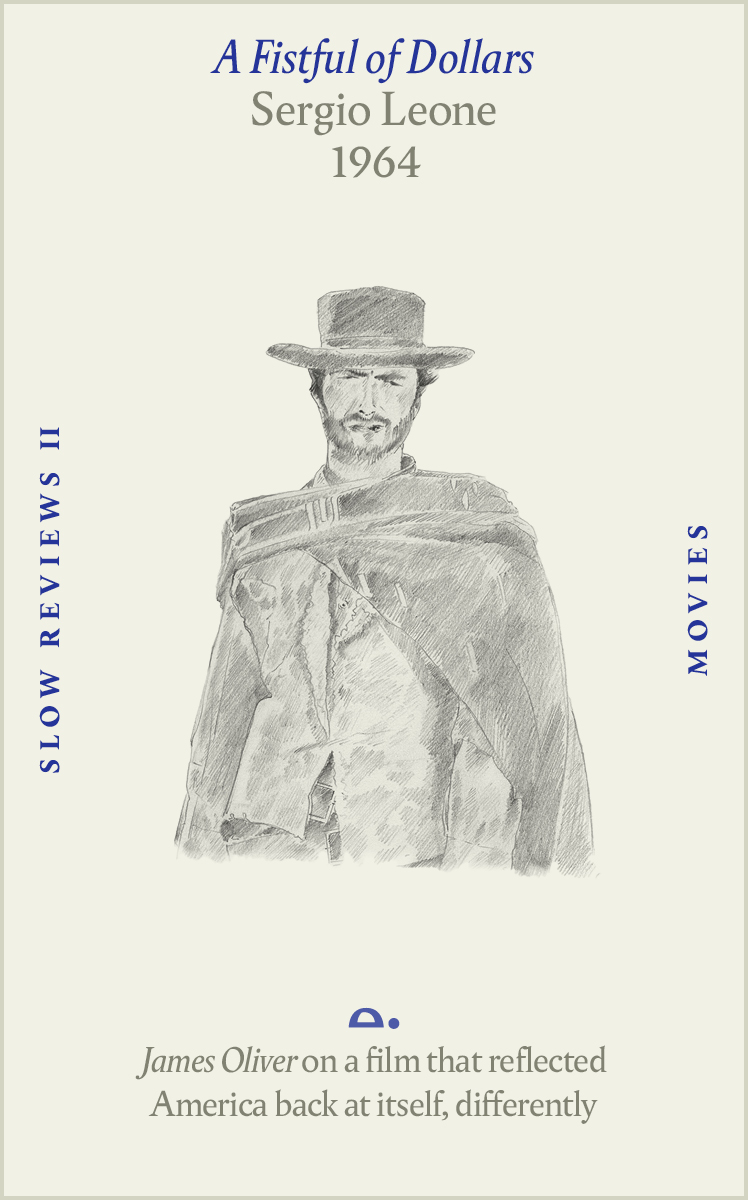 A Fistful of Dollars

A Fistful of Dollars

James Oliver on a film that reflected America back at itself, differently