In December 1953, Hugh Hefner launched the inaugural issue of Playboy, featuring unlicensed nudes of Marilyn Monroe. The magazine was an instant hit, quickly selling out of its print run of 50,000-plus copies. Hefner had put his finger on the zeitgeist: Casino Royale, Ian Fleming’s first Bond novel, had been published that year, as had the Kinsey report, which revealed that premarital sex was far more prevalent than widely thought. By 1960, Playboy had more than a million readers; at its peak in the early 1970s, it boasted over seven million – its bunny logo as iconic as Mickey Mouse.

As Hefner aged into a caricature of himself, cavorting with Bunnies until his death at the age of 91 in 2017, it was hard to remember how relevant Playboy had been in its heyday. It was not the first men’s magazine to include nudes, but it was the first to target the coffee tables of a mainstream audience with high-brow editorial content. Hefner described his ideal reader as a man who enjoyed “mixing up cocktails and an hors d’oeuvre or two, putting a little mood music on the phonograph and inviting a female acquaintance for a quiet discussion on Picasso, Nietzsche, jazz, sex.”

While its pages showed bachelor pads kitted out with the latest hi-fi equipment and well-stocked liquor cabinets, there weren’t, in truth, that many actual bachelors at the time: in 1956, American men’s median age at first marriage was at an all-time low of 22. What Playboy offered was an aspirational escape fantasy – the promise of a libertine lifestyle through the purchase of luxury goods (or at least a 50-cent magazine showcasing them).

While Hefner liked to think of himself as the architect of the sexual revolution, a 1967 Time feature noted that Playboy presented a sanitised version of heterosexual desire: “Suggestive poses are out, as are the accoutrements of fetishism. None of the nudes ever looks as if she had just indulged in sex, or were about to.” To its feminist critics, the woman in the kitchen had merely been replaced by a just-as-deferential woman in the bedroom. It certainly is difficult to make a case that Playboy didn’t objectify women or propagate a very narrow beauty standard. Despite Hefner’s support of civil rights, playmates of colour were few and far between: “We try to get some ethnic diversity,” Hefner told The New York Times in 2008, “but we do seem to lean in the direction of blondes.”

Nonetheless, the idea that the girl next door would want sex was, in and of itself, radical when Playboy launched. Until the sexual revolution, the culturally accepted belief was that “no ‘nice’ girl ever, ever, went all the way before marriage,” as Susan J. Douglas puts it in Where the Girls Are: Growing up Female with the Mass Media, “and no nice woman ever really liked sex.”

Playboy’s endorsement of sexual pleasure as a worthy aim for both sexes was not without self-interest, as straight men needed willing partners; and the same could be said of its pro-choice stance in a pre-Pill era. But until Helen Gurley Brown took the reins at Cosmopolitan in 1965, it was one of few mainstream voices proclaiming that “nice girls” were entitled to premarital sex at all. 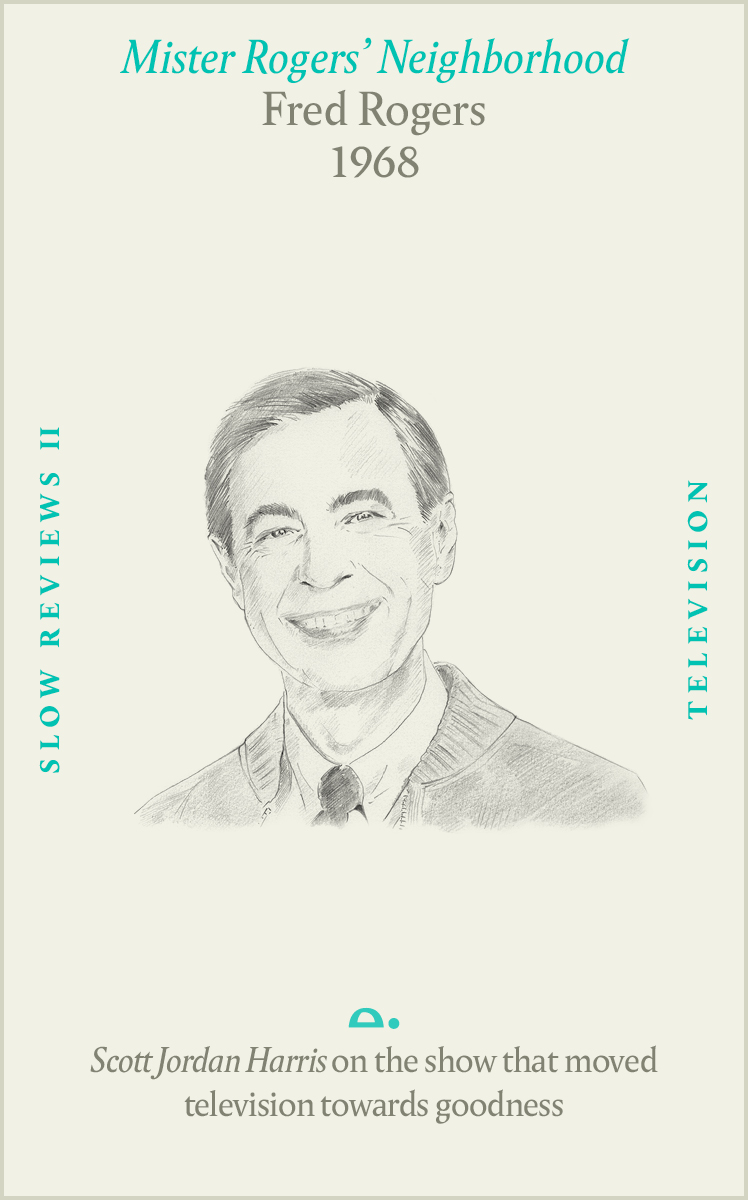 Scott Jordan Harris on the show that moved television towards goodness