Scottish Independence | From Brexit to Boris, a lot has changed since Scotland held its independence referendum in 2014. So much, in fact, that the result might be different now

Scotland is back in Europe. Sort of.

After two decades of failure, the men’s football team has made it to the Euros, its first international tournament since 1998. That means hosting matches at Hampden, and a showdown next June with England at Wembley. A proxy war if ever there was one.

But Scottish fervour doesn’t end there. Against a backdrop of Brexit, Covid-19, and a chaotic Conservative government in Westminster, the movement for Scottish independence is building.

Polls show a pro-independence lead since August, according to both YouGov and Ipsos MORI.

Elections to the Scottish Parliament are set to take place in May next year and an SNP majority will be seen as a mandate for a second referendum on independence.

It is only six years since Scotland voted No in a referendum on independence. But the independence movement has momentum. To help us understand how the Scottish political map shifted and the independence issue moved from the fringe to the centre, here’s a visual history.

The journey to a Disunited Kingdom

1979 was a momentous year for British politics, the start of the era of Margaret Thatcher. Just two months before the Conservatives came into power, the UK held its first Scottish Referendum on Devolution, following pressure from the SNP – then more of a movement than a parliamentary party. The referendum saw a 52-48 vote in favour of devolution, but it was discarded due to low turnout.

With devolution out of the picture, the idea of an independent Scotland was almost inconceivable. Two months after the referendum, the general election saw the SNP lose nine of its 11 seats in parliament, and any momentum towards separatism was all but lost.

The independence movement remained on the fringes; it was not until 1989, when Thatcher introduced the infamous poll tax, that the idea of Scottish separatism was somewhat revived. The hugely unpopular tax scheme was trialled in Scotland before being rolled out to the rest of the UK, reigniting the sentiment that the needs of the English were prioritised above those of the Scots.

Even then, it was more a question of devolution than total independence; the following decade saw major parliamentary changes, Labour dominance in Scotland and a 1997 referendum that disclosed overwhelming support for a separate Scottish Parliament. There was no real growth for the SNP, which won only 2-7 seats in the three subsequent elections.

The tide began to turn in 2014. The Scottish referendum saw a vast turnout – 85 per cent of Scots voted – and came down 55-45 against independence.

The decision might have settled the question of independence for a generation, but instead it roused passions among the Scottish population; the SNP won 56 of the 59 available seats in the subsequent 2015 general election. Labour, the Conservatives and Lib Dems were virtually wiped from the map.

The Brexit referendum couldn’t have come at a more pivotal moment. Scotland was the strongest pro-Remain voice in the UK: 62 per cent of Scottish voters voted against Brexit.

During the 2019 general election, only a quarter of Scots voted for the winning Tory party. And yet, despite Scotland being governed by a party they didn’t vote for, and dragged towards a future outside of Europe they did not want, all major pollsters still showed support for staying in the United Kingdom.

That was until the pandemic struck. Healthcare is a devolved power, so Scotland saw daily updates on the crisis from the SNP’s Nicola Sturgeon, whose no-nonsense, empathic tone stood in contrast to a bumbling Boris Johnson. Just 21 per cent of Scots believe the prime minister’s handling of the pandemic has been good or very good, compared to 74 per cent for Sturgeon.

The reality is more complex: while Scotland was more cautious than England on decisions such as reopening bars and restaurants, both countries have some of the highest excess death rates in Europe. But what matters, it seems, is perception. Sturgeon appears the stable leader, and Scots are supporting her party more than ever – as well as its core message.

It’s a charged backdrop for next summer. Scotland may not win big in the Euros (it ranks 21st of 24 nations, after all) – but that Scottish fervour may soon be channelled elsewhere. 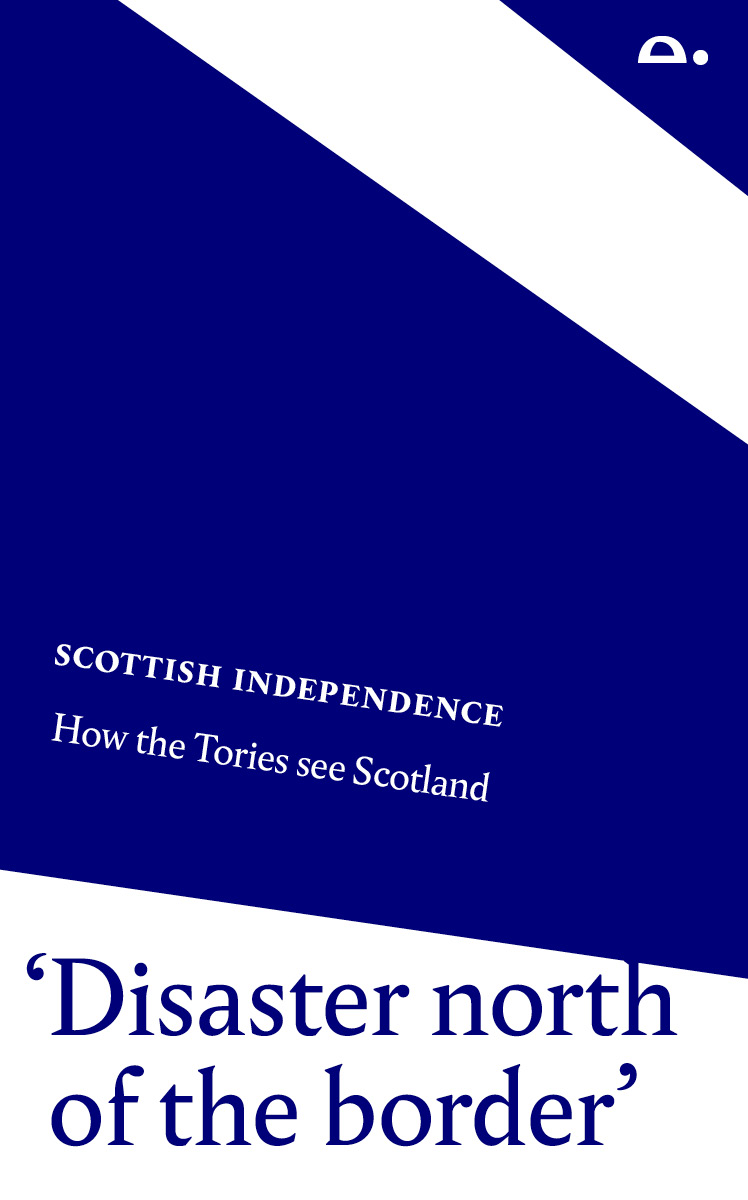 Tories on Scotland: what’s the strategy?

Tories on Scotland: what’s the strategy?

Even if the SNP wins big in next year’s Scottish elections, there’s still a major impediment between them and another independence referendum: the UK’s Conservative government. We decided to find out what they’re thinking