What is Ant Group?

Ant Group, Chinaâ€™s most valuable internet company, then known as â€˜Ant Financialâ€™, completed a record-breaking funding round in 2016. With $4.5bn raised, it was the worldâ€™s largest private fundraising round for any internet-based company. Ant Group later smashed its own record, with another funding series of $14bn in 2018. The logic behind these monster investment rounds was Ant Groupâ€™s massive presence in the global fintech industry. The lynchpin: Alipay.

Ant Group also controls Chinaâ€™s largest online insurance service, and an estimated 4% of Chinaâ€™s overall market for consumer and small-business loans â€“ a figure that is set to grow in the years to come.

How big is Ant Group?

Financial technology is big in China, and Ant Group is the biggest piece of the pie. Alipay is used by 730 million people every month (PayPal services 346 million, for comparison), and handles $17 trillion in payments within China every year. On top of this, the platform enables $300 billion in credit to its users and their small businesses.

Usage of its online payments and other tools doesnâ€™t tell the whole story. The scale of Ant Groupâ€™s reach in China, and the rapid digitisation of its population make Antâ€™s growth potential very attractive. The fusion of digital technologies and financial services positions Ant to rapidly acquire new users and to use real-time data from those users to benefit other parts of the Ant Group ecosystem; insurance policy review, targeted advertising and generating health codes. This cocktail of data-driven â€˜techfinâ€™ is what allowed Ant Groupâ€™s prospective valuation to dwarf that of the largest banks in the world.

How does Ant Groupâ€™s â€˜CreditTechâ€™ work?

Ant Groupâ€™s reliance on â€˜CreditTechâ€™ or microlending to customers, was clear to Chinese regulators. They hit Ant where it hurt, and they may have undermined a massive portion of its potential revenue growth in the coming years.

Prior to the changes, Ant Group was one of 7,227 microfinance companies in China providing credit to lenders on a small scale. These businesses earn fees by connecting borrowers to banks via their apps. They take a cut of the loan and the repayments, as well as adding value by more accurately assessing risk of default using other data sources.

AÂ loan requestÂ is
sent by the user

And theÂ loanÂ reaches
the borrower via Alipay

What was the botched IPO all about?

The initial offering of Ant Groupâ€™s stock on the public exchange, in this case both the Hong Kong and Shanghai stock exchanges, was going to net $37bn, implying a whole group valuation of $359bn. This valuation would have left J P Morgan, the worldâ€™s largest bank, and the Industrial and Commercial Bank of China (ICBC) in the dust.

Regulators in the Chinese government agreed that Ant Groupâ€™s scale, integration with foreign investors and independence from state-control had become a risk. Ant Group â€“ so named to emphasise its focus on small businesses â€“ was becoming too big to fail.

The Peopleâ€™s Bank of China, and the China Banking and Insurance Regulatory Commission hamstrung Ant Groupâ€™s IPO with new, draft regulations that squeezed Antâ€™s ability to lend to its customers. Specifically, they cut the possible size of individual loans from microlenders, and demanded that online platforms like AliPay provide a bigger chunk of the money lent, rather than simply acting as a middleman between traditional banks and their borrowers.

As 50.2% controlling shareholder, Jack Ma himself was central to instigating the move by Chinese regulators. Ant Groupâ€™s major shareholder, and visionary leader, has been a vocal critic of the Chinese government, banks and financial watchdogs. At the Bund Summit in Shanghai, Ma argued that the â€˜outdatedâ€™ and stifling supervision of fintech in China was curtailing innovation and digital inclusion. He branded Chinaâ€™s traditional institutions as stuck-in-the muds with a â€˜pawnshop mentalityâ€™. This was on October 24th, and as we all now know, the Republicâ€™s retribution was swift. 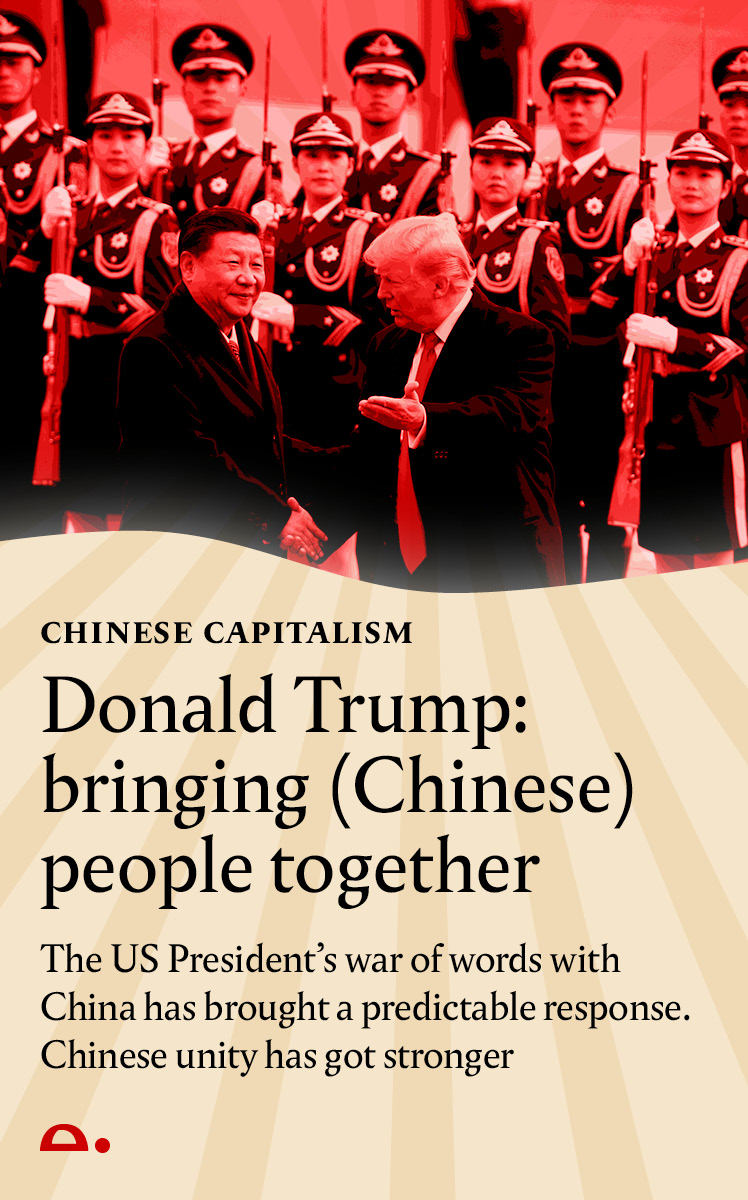 The US Presidentâ€™s war of words with China has brought a predictable response. Chinese unity has got stronger.