This is a big subject, and one that can be easily off-putting. These books and articles are a helpful introduction for people who want to know more but would like to cover a few of the basics first.

Start with Economics in One Lesson by Henry Hazlitt. It’s an old (first published in 1946) but readable primer on the basics of economic theory. Pair it with Linda Yueh’s The Great Economists: How Their Ideas Can Help Us Today, an accessible and more modern (2018) introduction to macroeconomics and economists. (We spoke to Linda for our podcast on coronavirus and the Chinese economy back in February.)

Arguing with Zombies, a collection of columns published earlier this year by Nobel-winning economist Paul Krugman, also works as a good starter guide to economics and public policy. And do check out our ThinkIn with him from February.

If podcasts are more your thing, try NPR’s eminently listenable Planet Money and its related newsletter (see this recent issue on economic lessons from the pandemic). Freakonomics Radio is a podcast spin-off hosted by Stephen J. Dubner, the co-author of the 2005 book of the same name, exploring the economic roots of the weird and wacky. There are over 400 episodes to dip into, so there’s something for everyone.

Our current economic circumstances are not the same as 2008; we know that. But there are still lessons to be learned and context to be understood from what was – at least until now – the most important economic moment since the 1930s.

Here are just a few books to get you started:

If you’d like a more personal – and, of course, subjective – analysis of what happened, look to the people who were in the hot seats. For a UK perspective, try Gordon Brown’s Beyond the Crash or Vince Cable’s The Storm. For the US, Timothy Geithner, the former Treasury Secretary, is candid about his own failings in his memoir Stress Test (or read this review of the book by Paul Krugman).

In a podcast episode from way back in March, the Guardian’s Larry Elliott explores how the immediate government responses to the crisis were hampered by a global economy in bad shape. The Harvard Business Review has a helpful analysis of the position back then, and the BBC has a good visual explainer of what was going on in summer. In February, Stefan Stern wrote a piece for Tortoise on the impact of past pandemics – both health and economic.

But what’s happened since? Chris Cook’s Corona Shock Tracker has charted the regional impact of the pandemic by collecting data on spending habits over the past six months. You can see the first update here, as well as past updates from June and July – and his most recent piece was published in our File this week.

From a global perspective, the OECD has a landing page for keeping tabs on data and policy recommendations related to the global economy. Our World in Data is charting the impact of the pandemic – including lockdown measures and policy decisions that are useful for contextualising economic developments.

We know that the economic impact of the pandemic isn’t going to be felt equally. In the UK, the Resolution Foundation and the IPPR are both keeping track of the real-time impact on living standards, as well as highlighting practical solutions to limit the damage. From Tortoise you can read Xav Greenwood’s piece on the “lost generation” – young people who feel like they’ve been left behind – and Chris’s analysis of the fears of unemployment in the south west of England. And do watch our short video of guests from our ThinkIns on the same subject.

From a US perspective, in a longread for The New Yorker Steve Greenhouse examines the economic impact of the pandemic on Black Americans. Joseph Stiglitz has written for the IMF about how the pandemic will deepen global economic inequality – and what might be done to change things.

As Tony Yates explained in his piece this week, the big policy of the last recession was quantitative easing. Frances Coppola, the economist and contributor to the Financial Times and Forbes, has a compelling book on how QE works, why it failed the first time and how it can be leveraged to work for the people who need it most. Neil Irwin’s ‘Quantitative Easing Is Ending. Here’s What It Did’ looks at the data and examines the impact of QE following the financial crisis. Alternatively, this Forbes article is a more concise contextualisation of QE and its place in the global economy.

Negative interest rates are also gaining increasing attention as a possible future solution. But what are they? The Week UK and the Guardian have good explainer articles, and this blog from the CFA institute is helpful. Or for a broader picture, try Brendan Brown’s 2008 book, The Case Against 2 Percent Inflation.

The 2010s were defined by fiscal conservatism and the concept of “balancing the books”. But with a changing political, social and economic landscape, are priorities shifting?

Neil Irwin, the NYT’s senior economic correspondent, argued in May 2020 that increasing US debt was a good thing, and Michael Munger, an economist now running as a Libertarian candidate for the North Carolina House of Representatives, has detailed the decline of US fiscal conservatism for the American Institute of Economic Research.

In The Deficit Myth: Modern Monetary Theory and the Birth of the People’s Economy, Stephanie Keaton breaks down and dispels some of the biggest myths around debt and deficits, arguing that deficits can accelerate growth.

For more, here are some other books that examine debt and deficits:

So what’s next? This week’s File has taken a look at the economic crisis that might be coming, and how we can deal with it. Joshua Gans has published a first look at the economic choices that have already been made in response to the coronavirus, and what they might mean for the future. Grace Blakely’s The Corona Crash argues that the pandemic is a wake-up call moment for capitalism and the planet. And this short visual essay by the Economist explores the impact of the pandemic on the future of globalisation and trade.

To stay on top of recent developments, check out CEPR Covid Economics – a free online publication created to quickly disseminate scholarly work, published with VoxEU. Plus, the IFS has a dedicated coronavirus podcast, as does the University of Chicago’s Becker Friedman Economic Institute. 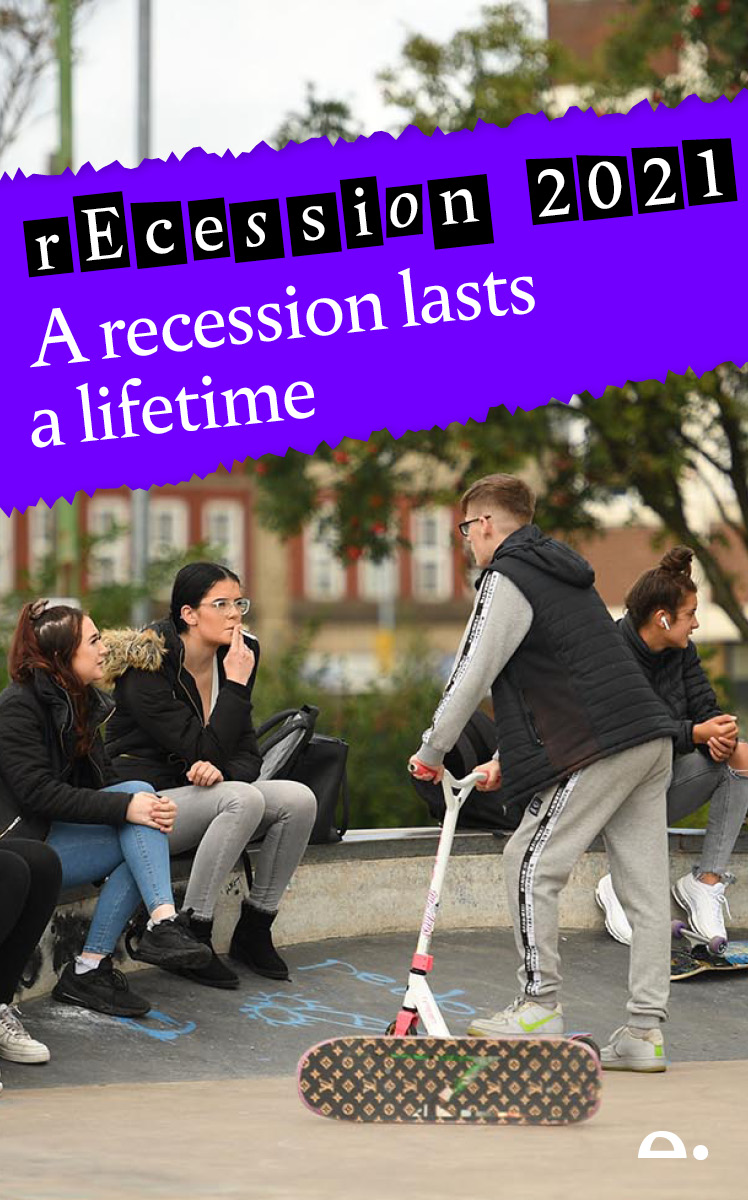 A recession lasts a lifetime

A recession lasts a lifetime