Most people first heard of Evin Prison in 2016. A woman called Nazanin Zaghari-Ratcliffe, a charity worker and a mother, was returning home from holiday in Iran when she was arrested in Tehran’s Imam Khomeini airport. She was charged with being a spy, and after four years spent in the secretive facility, her fate is still unclear.

The vast complex of cellblocks in the capital Tehran is proxy for the modern state: powerful and paranoid, factional and unpredictable, calculating and transactional, brutal and unaccountable.

Throughout the week we’ll be publishing our audio investigation, the searing testimonies of former prisoners, illustrations depicting life inside its concrete walls, and an interactive map of the sprawling facility. In investigating the dark prison in the heart of Tehran, we set out to open a door to Iran itself. Basia Cummings, editor

But Evin was embedded in the Iranian national consciousness long before Zaghari-Ratcliffe’s imprisonment made headlines abroad. For decades it has been a brutal tool of domestic control – the Iranian state’s favoured home for political prisoners whom it wishes to silence.

Over 40 years, this vast complex has become a proxy for the modern Iranian state: powerful and paranoid, factional and unpredictable, calculating and transactional, brutal and unaccountable.

All have remarkable stories to tell of their detention, revealing life inside this sprawling concrete prison that is a window into the workings of the Islamic Republic.

The makings of Iran

Although the revolution that remade Iran happened in 1979, it had roots in the early 1950s. Britain had controlled oil in Iran for decades through the Anglo-Iranian Oil Company (which later was renamed BP). But when Mohammad Mosaddegh, an advocate of nationalisation, became Iranian prime minister in 1951 he denied Britain access to the oil. Britain appealed to the US, and in 1953 the CIA helped remove the democratically-elected (and hugely popular) Mossadegh from power, solidifying the position of the western-backed Shah, Mohammad Reza Pahlavi.

A great swathe of the protesters who toppled the Shah 25 years later invoked the 1953 coup as justification.

This provided the backdrop to the 1979 Islamic Revolution, the major inflection point in Iran’s recent history, which saw the disbandment of a 2,500 year-old monarchy and the formation of the Islamic Republic of Iran. But even though the roots of the revolution stretched far back, a lot happened in a few short months.

The pressure mounted, and in January 1979 the Shah, who was already suffering from ill health, fled Iran. On 1 February, Ayatollah Khomeini, who had been building up opposition support from exile, triumphantly returned from Paris, and was greeted on the street by 5 million Iranians. By the end of that year, he had been anointed as the Supreme Leader of the newly-formed Islamic Republic.

It is a mishmash of “theocratic and democratic elements”, as the American political scientist Francis Fukuyama has described it. After the 1979 revolution, a new constitution established a presidency and a legislature, but it gave ultimate sovereignty to God, rather than to the Iranian people. In practical terms this put democratic elements of the state under the oversight of unelected clerical bodies, and granted boundless powers to the Supreme Leader.

Ayatollah Khomeini consolidated his power over the 1980s, and many who had marched to help overthrow the imperialism of the Shah fell victim to the oppression that followed. The Islamic Republic spent the better part of a decade imprisoning, torturing and executing tens of thousands of its opponents. Iraq’s invasion of Iran in 1980 had given Ayatollah Khomeini the opportunity to persecute critics of the regime under the guise of national unity.

The state’s suppression of dissent culminated in a 1988 fatwa against supporters of the opposition group People’s Mujahedin of Iran. As many as 30,000 Iranians are thought to have been executed in a matter of months.

When Ayatollah Khomeini was on his deathbed in 1989, he appointed a council to revise the constitution: the post of the Prime Minister was abolished and judicial authority vested in a single person, further boosting the power of the Ayatollah. The constitution was also amended to allow Ayatollah Ali Khamenei to take over as Supreme Leader.

Since Ayatollah Khamenei became Supreme Leader in June 1989, the doors of influence have periodically opened to reformists. Mohammad Khatami, who became president in a landslide in 1997, spent his eight years in office angering hardliners with his attempts to liberalise Iran, whether by increasing freedom of expression, seeking some rapprochement with the West, or bringing women into social and political activities.

The Islamic Republic’s resistance to liberalisation sometimes turned violent. In 1999, after students at Tehran University peacefully protested the reformist newspaper Salam, paramilitaries descended on dormitories, killing one student and injuring hundreds more. This came a year after six dissidents were killed in what became known as the “Chain Murders” (the authorities blamed the murders on rogue intelligence agents).

In 2004, Ayatollah Khamenei banned thousands of reformist candidates from the presidential election, helping the conservative candidate Mahmoud Ahmadinejad to victory. In the next presidential election in 2009, authorities declared Ahmadinejad the winner, seemingly well before the votes could have been counted, sparking huge protests in what become known as the Green Movement.

These ongoing tussles between hardliners and reformists mean that the Iranian state has been perceived as going through periods of relative democracy and autocracy in recent decades.

From Polity’s analysis of Iran, you can see how the openness of the country’s political system has oscillated since the revolution.

But despite these apparent shifts, Ayatollah Khamenei has retained clear power in Iran, chiefly by building parallel structures for the state’s key institutions.

The most important of these structures is the Islamic Revolutionary Guard Corps (IRGC), founded in 1979. The IRGC are now widely regarded as a state within a state, with their own economy, schools, neighbourhoods. They even run their own sections of Evin Prison.

While the IRGC’s power continues to increase, Iran as a whole has had a tough, and at times chaotic, few years. In May 2018 US President Donald Trump withdrew from the Iran nuclear deal, reinstating punishing economic sanctions on the country. In July 2019 the IRGC seized a British tanker in the Strait of Hormuz, causing a diplomatic crisis between Iran and the UK.

And the last few months, since a fuel price hike in November 2019, have seen the worst unrest in 40 years.

Amid this chaos, Evin Prison has remained a key part of the state. Its reputation as a tool of terror was already growing before the Shah was deposed, but the prison’s population grew dramatically after 1979, in the early years of Ayatollah Khomeini’s rule.

New blocks were built, and cells initially built for five or six people suddenly held more than 100. Evin’s population expanded from around 1,500 in 1977 to 15,000 by 1983. Many were executed within its walls. To this day Evin still holds thousands of prisoners, remaining central to Iran’s domestic and international statecraft.

Of the 126 political prisoners that it reports to be detained in Evin, this is how they break down by:

And Evin has a reputation for holding some of the country’s most high-profile political prisoners. Here are ten of the most prominent current inmates: 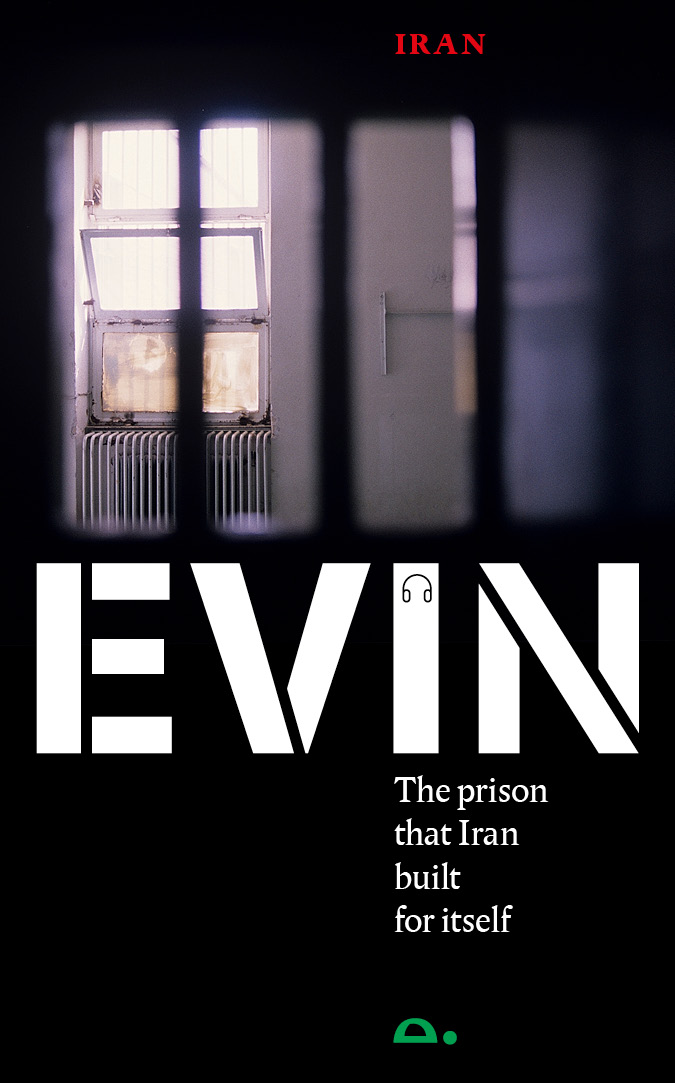 The prison that Iran built for itself