Unless you’re like Steve Jobs, who wore the same outfit every day, you probably have a wardrobe full of clothes. I have, and some of them haven’t seen the light of day in years. Yet I still find myself drawn into Selfridges when there’s a sale on, telling myself I’ll have a browse and almost always ending up in me buying something (or several things).

It stands to reason that if we have to question what we eat and how we move around for the sake of the planet, we should question what we wear as well. And it turns out the fashion industry is a largely unrepentant culprit in the carbon emissions business.

Growing and weaving fibres is carbon-intensive. So is dying fabrics and transporting clothes. Sindhu Ram was a confessed fast fashion victim. Now she wants to slow everything down. Giles Whittell, editor

Let’s be honest. For some of us, shopping and fashion are integral to our lives. Clothes are not just a basic necessity; they’re used as a statement and to reflect our personalities. And why wouldn’t we keep buying them? Every month as shops update their lines the old ones go on sales racks at prices too good to be true, and online shopping means I can buy clothes from the comfort of my sofa and have them delivered the next day.

And yet, as £30 billion-worth of bought but unworn clothes sit in closets across the UK, factory workers in the Global South are still undervalued. CO2 emissions keep on rising, and water pollution is damaging whole communities as pesticides stain their farmland.

It’s predicted that by 2030, the fashion industry’s carbon footprint will amount to 2,791 million tonnes – nearly double the footprint of the notoriously carbon-intensive cement industry in 2017, or equivalent to flying from London to Australia 560 million times. The Ellen McArthur Foundation looks a little further into the future, noting that if nothing changes, by 2050, the fashion industry will be responsible for 26 per cent of the global carbon budget associated with a 2 degree temperature rise.

So how does an industry shrink its carbon footprint when demand for its products seems to be increasing exponentially?

It can use “best available technologies,” says Dr Mark Sumner of Leeds University’s School of Design. These include new dying methods that can cut emissions from the dying process by up to 62 per cent while also reducing costs.

But it’s not just dying. The whole fashion supply chain, from sewing machines to air pumps, is energy intensive – and many of its biggest players, especially in south and south-east Asia, rely on coal as their main source of energy. A renewable energy target of 60 per cent by 2030 for the whole industry could lead to a 39 per cent reduction in carbon emissions, but at a cost it’s not clear the industry is ready to pay.

It could, instead, use different fibres. Growing organic cotton produces up to 94 per cent less greenhouse gas emissions than traditional cotton growing, partly because organic methods turn soil into a carbon sink. But organic cotton accounts for less than 1 per cent of overall cotton production, because it’s more expensive and produces less per hectare.

Hemp is another alternative, says Chirag Tekchandaney, co-founder of BOHECO, the Bombay Hemp Company. “It uses significantly less water and pesticides, and importantly it takes less time to grow.”

Like wine and cheese, hemp textiles are supposed to get better with age. That gives them a lower carbon footprint across their lifecycle than cotton, and for a given area of land a hemp crop can produce five times more fibre than cotton. But for now the market for hemp is small and production costs are five to ten times higher than for cotton. There needs to be a shift in the mindset of governments, producers and fashion companies to make hemp a mainstream fibre.

Are there any products out there using these solutions? I wanted to find an actual net zero product, and I came across The Trainer, by Everlane, selling normally for £80. It’s made from recycled materials using energy-efficient processes, but Everlane still has to partner with an offsetter to make it carbon neutral.

The offsetter invests in regenerative farming projects that – for instance – improve grazing practices to allow for more carbon sequestration. But this sort of farming can take 20 years to lock up the CO2 produced making a pair of Trainers. So yes, they’re carbon neutral, but at a steep cost in terms of time.

Decarbonising fashion is not straightforward. Some observers even wonder if it’s the right goal. The Covid lockdown led to job losses across the UK retail sector, with serious ramifications for businesses and factory workers in countries like Bangladesh. Could a drive to net zero have a similar effect? If so, what is to be done?

“We can compensate through a circular fashion economy,” says Francois Souchet of the Make Fashion Circular initiative at the Ellen MacArthur Foundation. “If companies included repairs, resale, or rental services within their business model, they could reduce their carbon emissions significantly.”

H&M has tried this. Its “Bring It” campaign lets customers bring bags of old clothes to its stores to be recycled in return for 15 per cent discount vouchers. Sixty per cent of clothing donated is wearable and donated to charities, but only 0.1 per cent is turned into new materials; many fabrics, because of their mixed fibres, are tricky to recycle. As long as that remains the case it’s hard not to think of campaigns like this as more greenwash than green.

Souchet’s circular business model involves repair, resale and rental, and consumers’ appetite for all three seems to be growing. The designer clothes hire service Rent for Runway was valued at a billion dollars last year. Apps like Depop (21 million users since its launch in 2011) show how successful reuse models can be.

The fashion industry is changing, but not fast enough. I think back to an unworn dress from 2017 still hanging in my wardrobe and wonder what I can do as a consumer to accelerate this change. I already have a list of London thrift stores and charity shops for a bit of post lock-down retail therapy, and the Great British Sewing bee inspired me to maybe try upcycling.

Net zero by 2030 may seem a fantasy without radical change from the top, but as consumers we can do our bit. 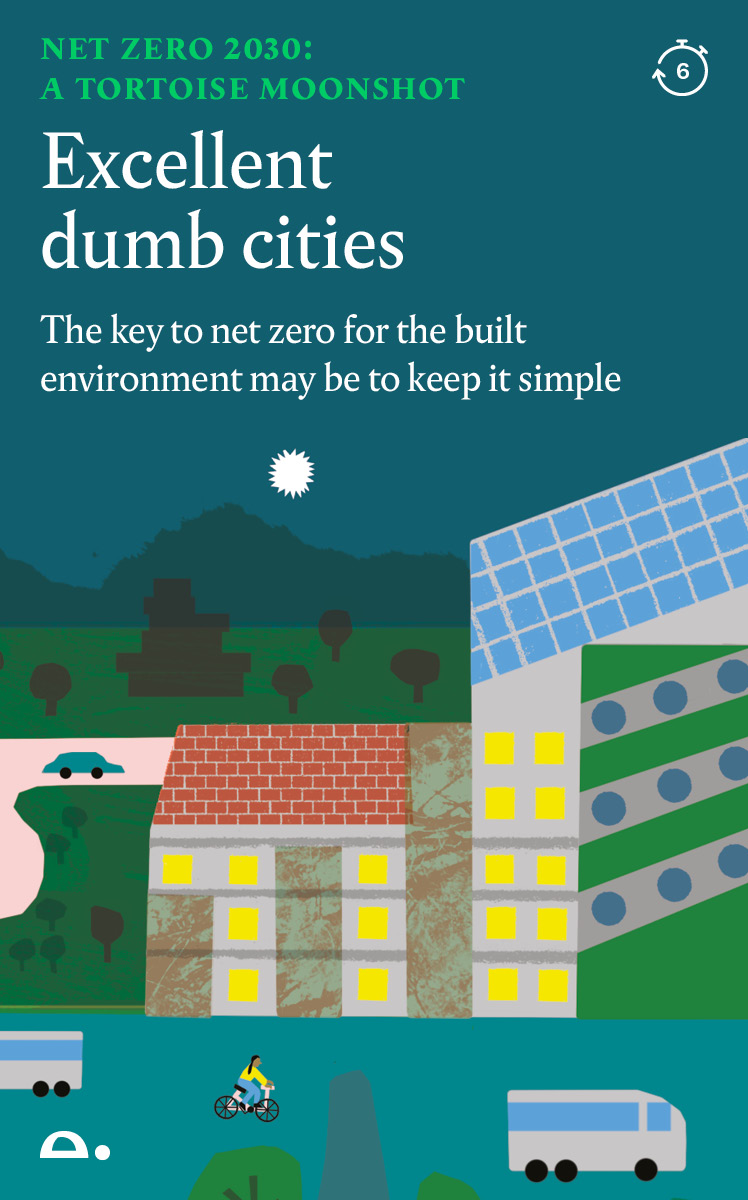